Before cooking your Thanksgiving turkey, read these 4 tips 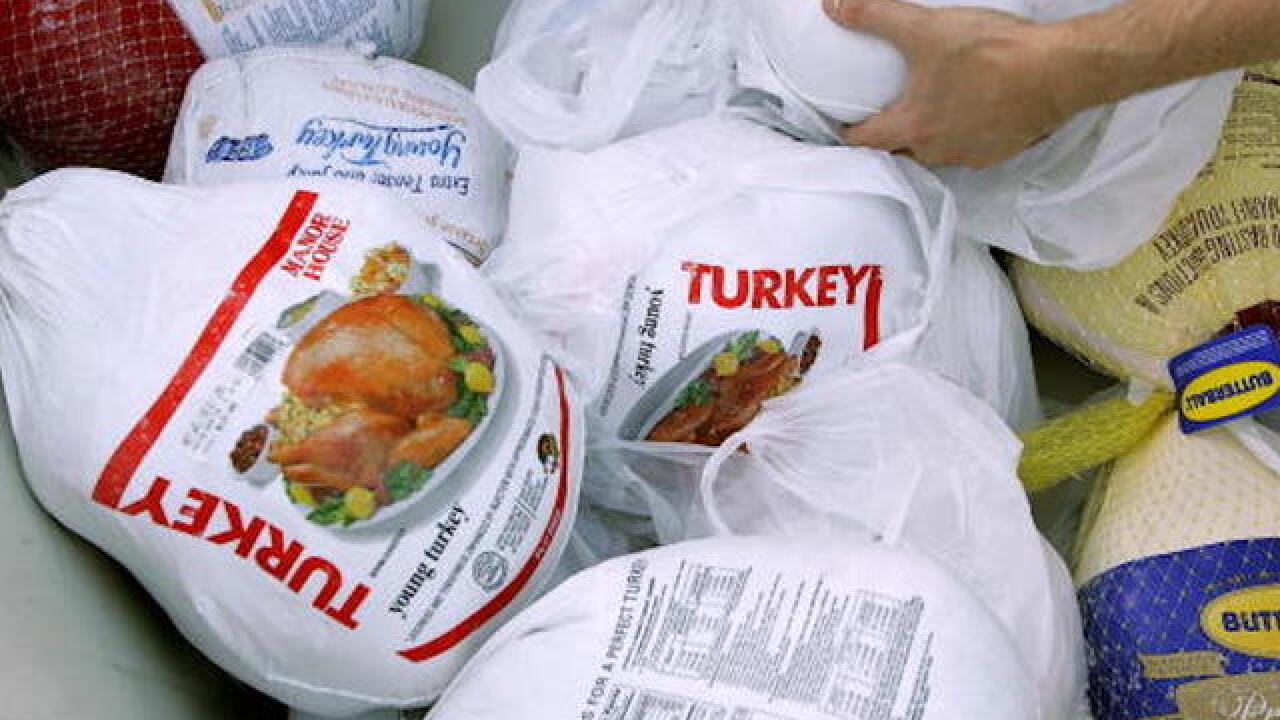 Copyright Getty Images
&lt;p&gt;SAN FRANCISCO - NOVEMBER 21: A volunteer prepares a box of turkeys to be given out during the 2006 holiday turkey distribution at the San Francisco Food Bank November 21, 2006 in San Francisco, California. Despite donations being down at most food banks across the country, the San Francisco Food Bank will distribute over 1,500 turkeys to churches and community centers over the holiday season. (Photo by Justin Sullivan/Getty Images)&lt;/p&gt;

Of the 212 million turkeys that are consumed annually in the United States, nearly 25 percent are consumed during Thanksgiving weekend, according to the National Turkey Federation.

Although turkey is a popular entree this time of year, it is also easy to improperly cook a turkey. And while it would be easy to leave a turkey in the oven for a long period of time, it could also cause a turkey to dry out and lose flavor.

In order to have the safest, most flavorful turkey, the Centers for Disease Control and Prevention have four tips for preparing a turkey:

Thaw turkeys in the refrigerator, in a sink of cold water that is changed every 30 minutes, or in the microwave. Never thaw your turkey by leaving it out on the counter. A frozen turkey is safe indefinitely, but a thawing turkey must defrost at a safe temperature. When the turkey is left out at room temperature for more than two hours, its temperature becomes unsafe as it moves into the danger zone between 40°F and 140°F, where bacteria can grow rapidly.

Bacteria from raw poultry can contaminate anything that it touches. Follow the four steps to food safety – cook, clean, chill and separate – to prevent the spread of bacteria to your food and family.

Cook stuffing in a casserole dish to make sure it is thoroughly cooked. If you stuff the turkey, do so just before cooking. Use a food thermometer to make sure the stuffing's center reaches 165°F. Bacteria can survive in stuffing that has not reached 165°F and possibly cause food poisoning. If the stuffing is inside a whole turkey, take the bird out of the oven and let it stand 20 minutes before removing the stuffing. Learn more about how to safely prepare stuffing.

Set the oven temperature to at least 325°F. Place the completely thawed turkey with the breast side up in a roasting pan that is 2 to 2-1/2 inches deep. Cooking times will vary depending on the weight of the turkey. To make sure the turkey has reached a safe internal temperature of 165°F, check by inserting a food thermometer into the center of the stuffing and the thickest portions of the breast, thigh, and wing joint.

Let the turkey stand 20 minutes before removing all stuffing from the cavity and carving the meat. Learn more about safe minimum cooking temperatures and how to use and calibrate a food thermometer for turkey and other foods.