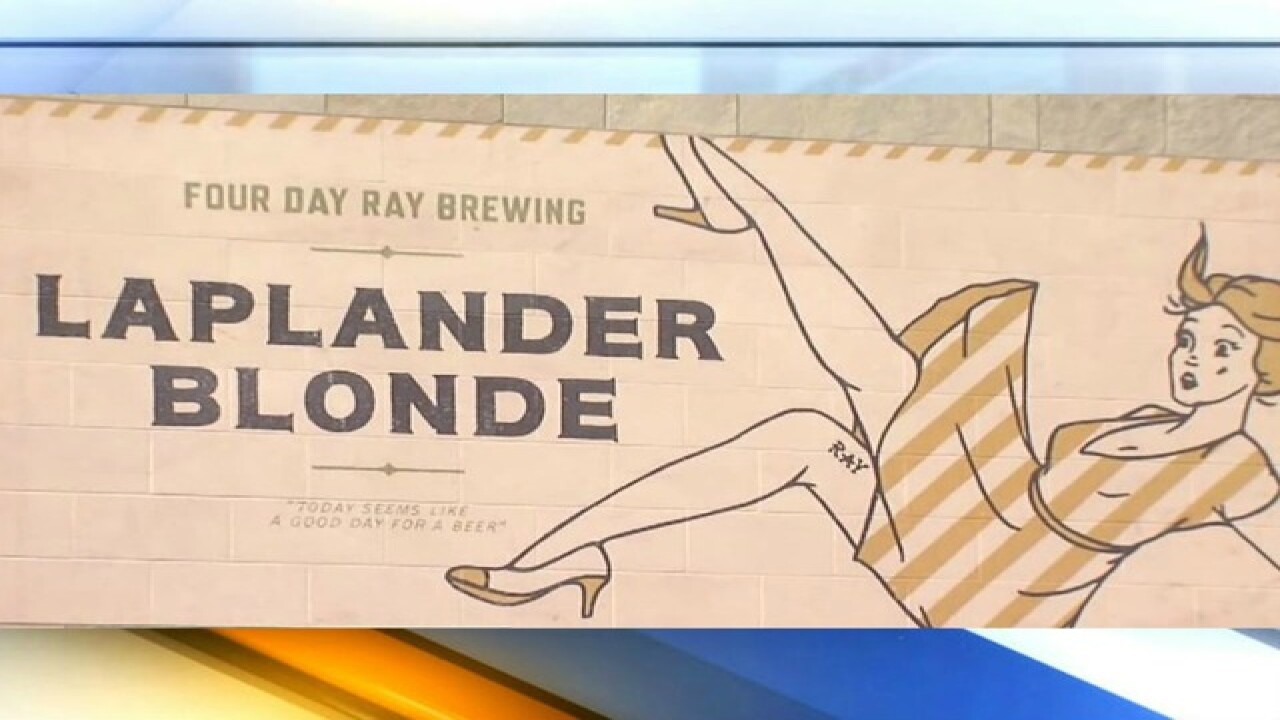 A beer sign at a local brewery is creating a controversy in Fishers, Indiana.

The sign is visible at Four Day Ray Brewing in the Nickel Plate District, near 116th Street and Lantern Road.

It's supposed to be a nod back to the railroad days — a laplander. It's what people who fell when trains stopped were called.

But when some see the sign, all they see is a stereotype.

"I don't like it," she said. "The neckline is really low and the way she's falling makes her skirt fly up. It's insinuating that there's something there to look at. I don't think it's necessarily great for people to be looking at all the time."

Most people RTV6 talked to weren't looking at the new sign.

Most people saw it for what the owners intended it to be.

"In our minds, it's pretty innocent and simple and that was our intent," Brian Graham, co-owner of the brewery, said.

Laplander is the brewery's flagship label. The photo of the woman falling is on their cans.

"We have a lot more to offer than, you know, what's under our skirt," Qualls said.

"It's not any worse than Victoria's Secret at the mall," said Jeannie Waterbury, who was on her way to Bible Study.

The sign will stay up until the owners decide to change it. The woman depicted is inspired by the wife of the artist.