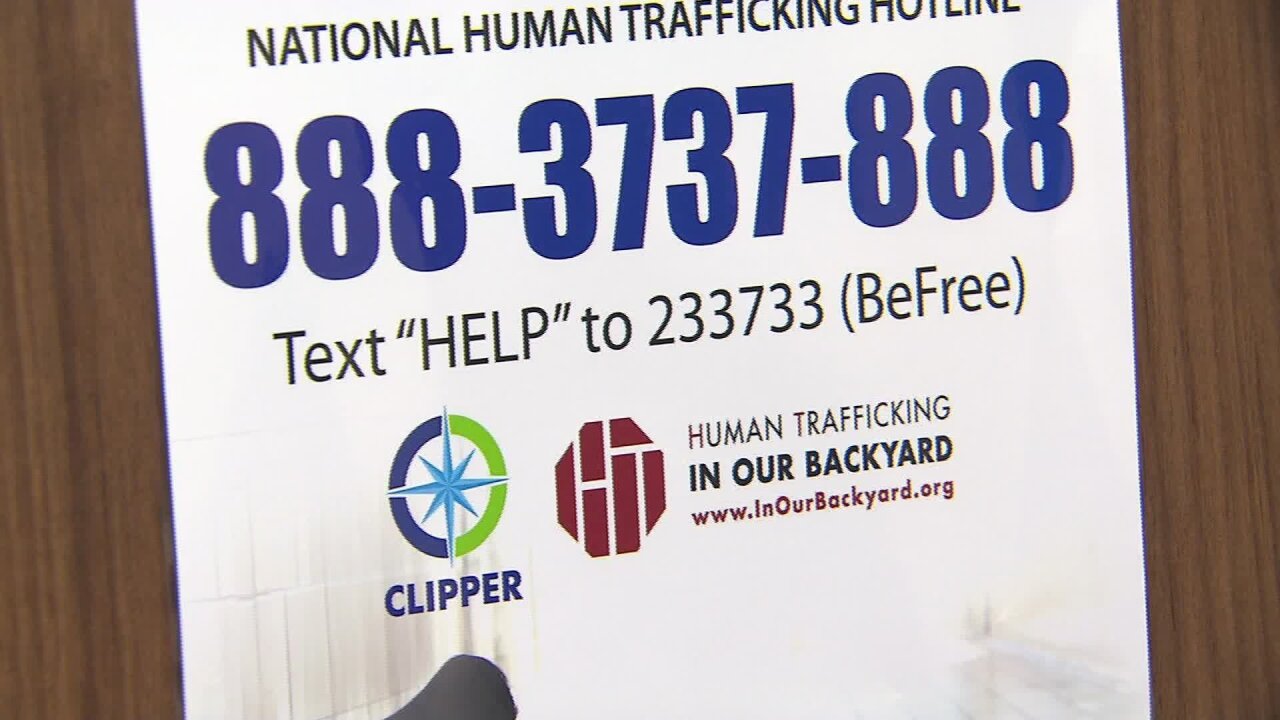 Four young women who say they were sex trafficked are suing chains that own Atlanta-area hotels where, the women allege, they were not only forced to perform sex acts for money, but hotel staff helped their traffickers in exchange for a cut of the profits.

Hotel staff are accused of ignoring signs that should have tipped them off that the women were being trafficked, including that their traffickers had multiple rooms under one name, dozens of men visited the same rooms each day and there were an "extraordinary number of used condoms" in the rooms' trashcans, the lawsuits said.

In exchange for a slice of the money, hotel staff members would stand guard or warn the traffickers when police were on the premises and when guests complained, according to the lawsuits.

In four federal lawsuits filed Monday, the accusers -- all identified as Jane Does -- say they were forced to perform the sex acts between 2010 and 2016 at a Red Roof Inn in Smyrna, a Suburban Extended Stay in Chamblee, a La Quinta Inn in Alpharetta and an Extended Stay America in Atlanta.

Extended Stay America did not respond to CNN's request for comment. The other three chains released statements saying their hotels were operated by franchisees; Red Roof Inn and Wyndham Hotels and Resorts, which owns La Quinta but is not named in the suit, condemned human trafficking. None of the chains spoke to specific allegations.

The activity continued for years despite police stings, police and guest complaints to management and online reviews detailing the alleged drug and prostitution activity at the hotels, according to the lawsuit. In the case of the Red Roof Inn, someone purporting to be the manager responded to some negative reviews on TripAdvisor, the lawsuit says.

Atlanta officials have long complained about the sex trafficking industry.

The city ranks third in the country in terms of reports of human trafficking, according to Mayor Keisha Lance Bottoms.

The lawsuits cite a study commissioned by the US Department of Justice that says Atlanta is one of the most profitable cities in the country for sex traffickers. In 2007, Atlanta's sex trafficking economy was worth $290 million annually and traffickers reported average weekly earnings of about $33,000, the lawsuit said, citing the study.

The allegations in the lawsuits include:

• At the Red Roof Inn, signs in the reception area said, "NO REFUNDS AFTER 15 MINUTES," the lawsuit alleges, providing two photographs of the signage. The hotel staff put up the sign "so that commercial sex acts cannot be accomplished quickly at the Smyrna Red Roof Inn without also paying for a room," according to the lawsuit.

• At the Suburban Extended Stay (then owned by Choice Hotels), employees offered a trafficker a room in the "usual spot," the lawsuits say. In one instance, the lawsuit alleges, a plaintiff asked a hotel employee for a ride or a cellphone so she could escape, and "the man told her he could not give her a ride. The employee then told the trafficker that the victim had tried to get his help to escape. That night, the victim's trafficker ... came to the victim's room and ruthlessly beat her for confiding in the employee and trying to escape, saying, 'You think somebody is going to help you? None of these people are going to help you.'"

• At the La Quinta Inn, employees told a trafficker to "use the back door" and provided him extra key cards so customers could enter through the back door inconspicuously, according to the lawsuit. One one occasion, a trafficker beat a woman for six hours, videotaping much of it and leaving blood on the hotel room's walls, while the staff did nothing, the lawsuit alleges.

• At the Extended Stay America, "sex trafficking ... was so pervasive and condoned that upon learning that Plaintiff was being trafficked, the front desk employee revealed that he kept lingerie outfits behind the counter for sale. The employee pulled out bags of outfits and tried to sell the lingerie to Plaintiff," according to the lawsuit.

How the chains responded

Extended Stay America's corporate office did not respond to CNN's request for comment.

Red Roof Inn issued a statement saying it "condemns, and has zero tolerance for, human trafficking and child exploitation" and expects its franchisees to comply with the law. The chain will cooperate with law enforcement, but it cannot comment on the lawsuits, the statement said.

Choice Hotels, which owns Suburban Extended Stay, said only, "As a franchise business, all the hotels in our system are independently owned and operated. We cannot comment on any specifics regarding pending litigation."

Wyndham Hotels and Resorts, which is not named in the suit but owns La Quinta, said it works with numerous organizations "to enhance our policies condemning human trafficking while also providing training to help our team members, as well as the hotels we manage, identify and report trafficking activities.

"We also make training opportunities available for our franchised hotels, which are independently owned and operated. As the matter is subject to pending litigation, we're unable to comment further at this time," Wyndham's statement said.

The plaintiffs are seeking unspecified damages.