At least 5 killed in severe storms in Alabama, Tennessee 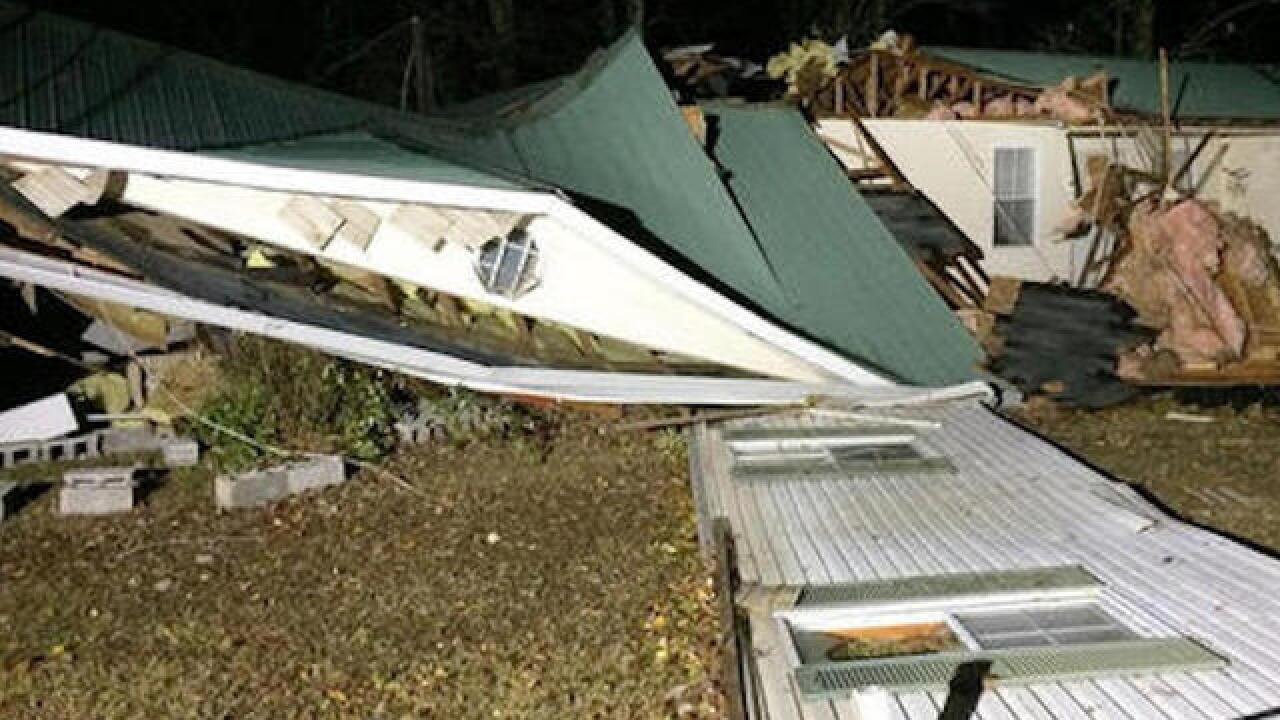 Possible tornadoes swept through parts of Alabama and Tennessee overnight, killing five people and injuring more than a dozen as heavy rains from storms moving across the South produced flooding in areas previously suffering from months of drought.

Authorities said dozens of buildings had been damaged or destroyed in the state.

In southern Tennessee, an apparent tornado also was responsible for the death of a husband and wife in Polk County, while an unknown number of others were injured, said Tennessee Emergency Management Agency spokesman Dean Flener. No further details were immediately available.

The storms tore through just as firefighters began to get raging wildfires in Gatlinburg, Tennessee, under control after they wiped out hundreds of buildings, including homes, and in Alabama dumped more than 2 inches of rain in areas that had been parched by months of drought.

Tornadoes and hail were also reported Tuesday in Louisiana and Mississippi. In Mississippi, the National Weather Service in Jackson said late Tuesday that it had counted six confirmed tornadoes so far in the areas of the state it monitors.

WeatherDB | Graphiq
Copyright 2016 The Associated Press. All rights reserved. This material may not be published, broadcast, rewritten or redistributed.