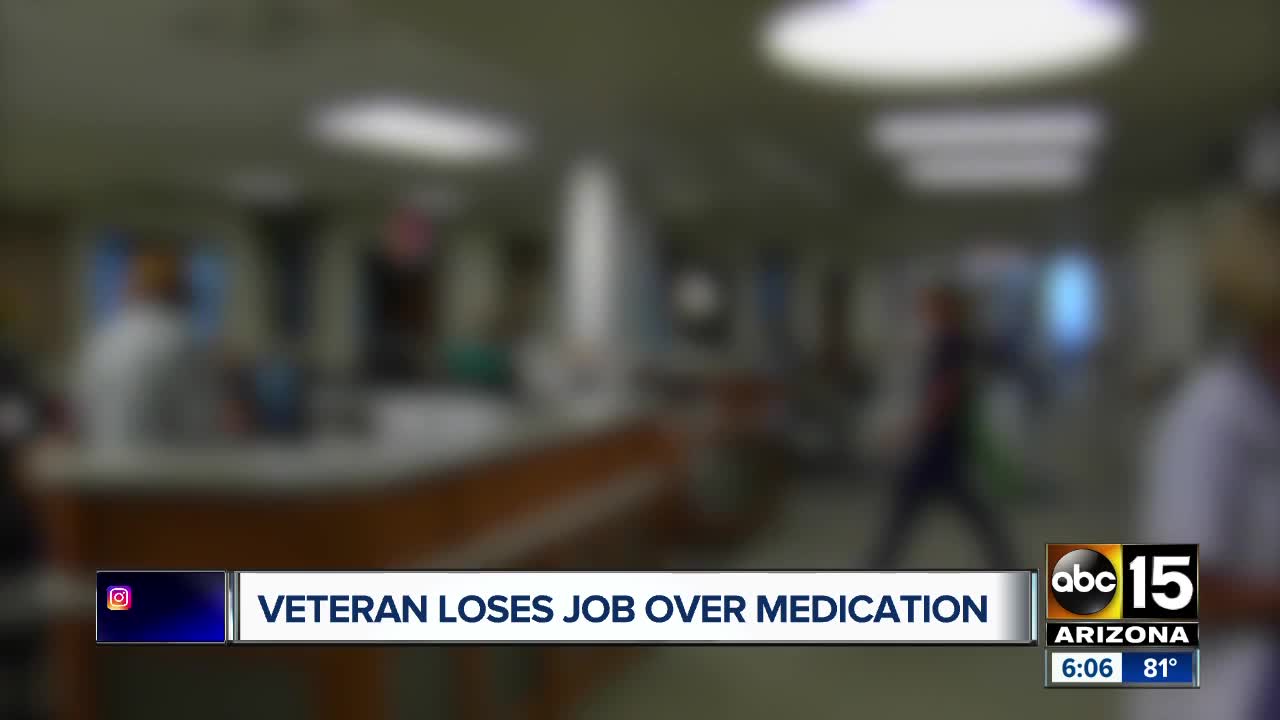 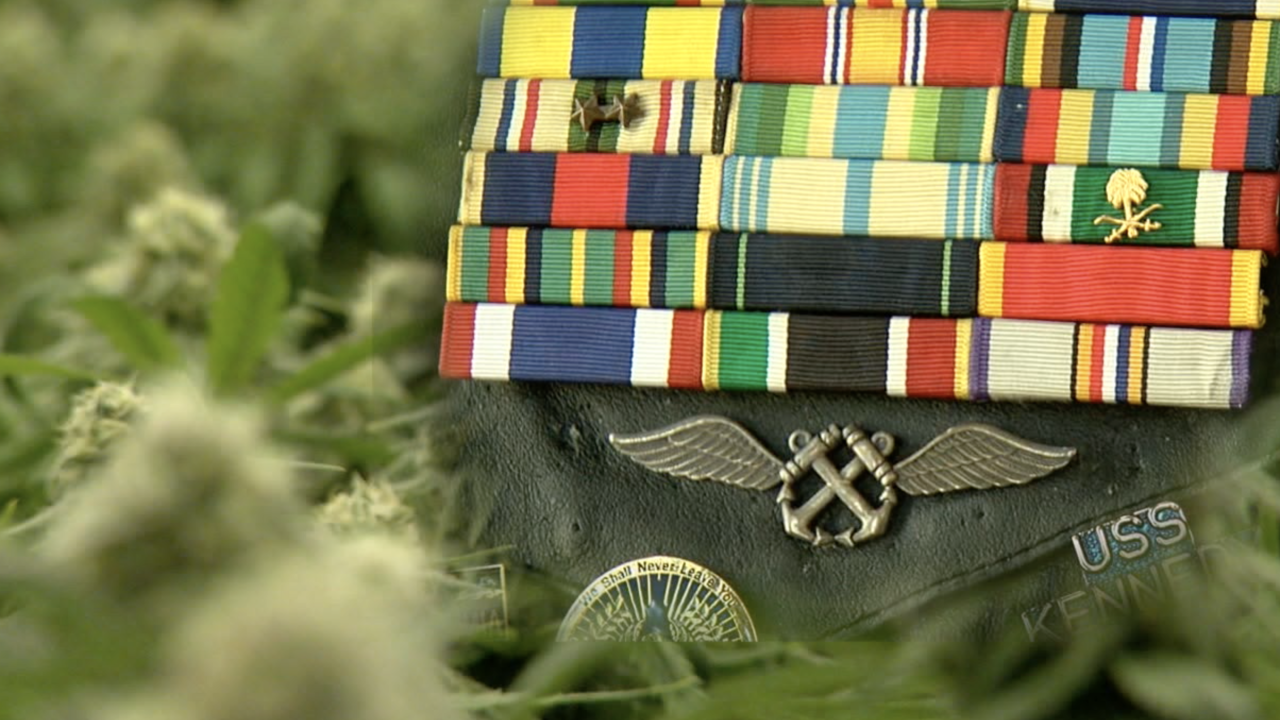 A military veteran says he is out of a job because of the medication he uses for PTSD.

This Desert Storm combat veteran doesn't want to reveal his identity for fear of failing to find work.

The former Navy Airman, like so many returning home, battles intense demons.

"I was mad at the world, coming back from a combat situation where you're under that constant stress, you have a different outlook on life when you get back."

The stresses of war leading to a diagnosis of PTSD; he turned to medical marijuana to numb the pain.

"I'm a completely different person. I just mellow out, I veg, it helps me forget about things."

But last week, the same drug that's done so much good for his life, has cost him his job with a local landscaping company.

"I was doing some repairs on equipment, and the razor blade I was using to cut some hose slipped and sliced my hand open."

He immediately went to the hospital for treatment and was required by his employer to take a drug test. Of course he failed, but not before letting his boss know he had a medical marijuana card.

"I was informed they were going to have to let me go, per their policy."

According to state laws, you can't be fired for having a medical marijuana card. You also can't be denied employment based on that fact.

"Lawyers across the country are struggling with how do we reconcile conflicting laws," said Scott Gibson, an attorney with Davis Miles Law Firm in Tempe.

While the drug is medically legal in Arizona, it remains under federal ban.

Employers and those they hire struggle to understand where their rights begin and end.

"If the employer can cite to specific acts that show impairment, that employee would not be entitled to protection," said Gibson.

In this case, it may be the injury itself that gives the employer enough evidence to claim impairment caused the accident.

Unlike alcohol, there's no way to tell if you've used on the job or weeks before. "There needs to be a set standard of testing levels of impairment," Gibson noted.

The honorable discharged Navy veteran is now hunting for a new job, but wants to warn others not to get caught off guard like he did.

"Be careful cause you're not as safe as you think you are, the law doesn't protect you as much as you think."