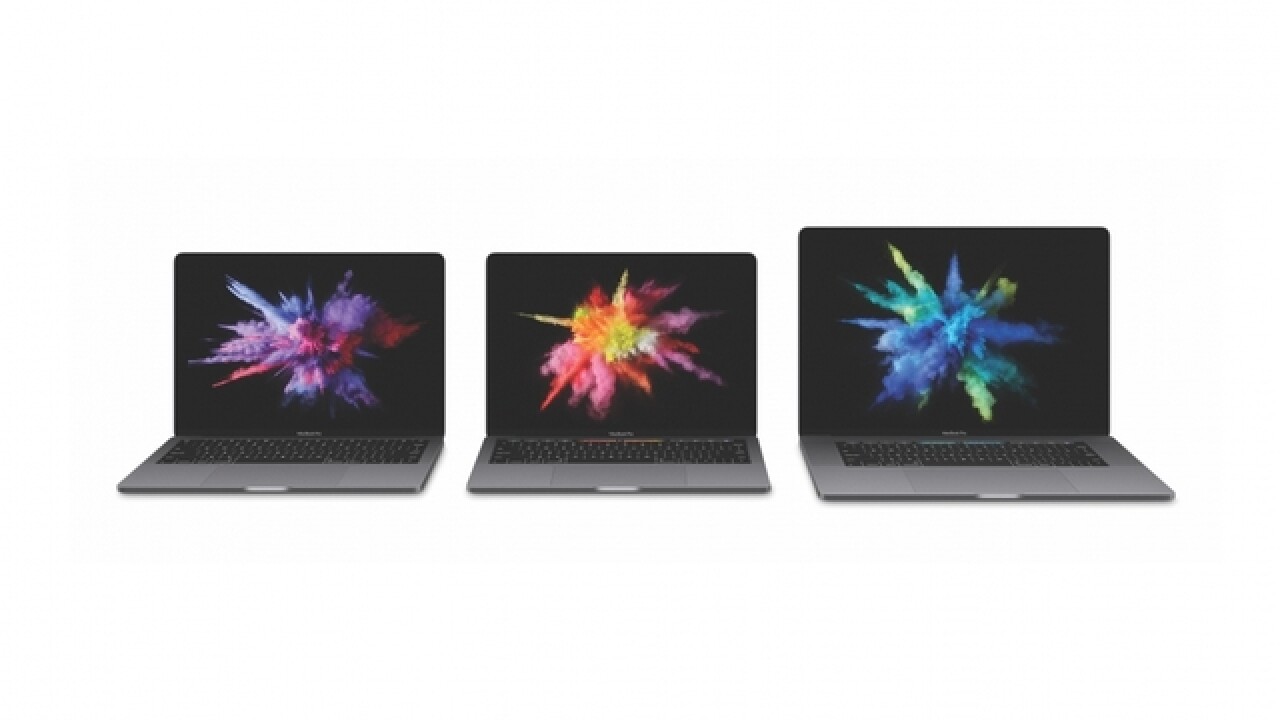 Apple is updating its flagship MacBook Pro line of laptops to make them faster, brighter and quieter.

The company on Thursday announced the revamped 13- and 15-inch laptops which start at $1,799 and reach a whopping $6,699 for the most tricked out model.

The new devices represent a significant power jump for the line, and come with the latest Intel 6- or 8-core processors. The bigger model is 70% faster than the previous one, while the 13-incher is up to twice as fast. Apple said the improved performance lets users do things like handle large data sets, perform complicated simulations, and edit film faster than ever.

"The latest generation MacBook Pro is the fastest and most powerful notebook we've ever made," Philip Schiller, Apple's senior VP of marketing, said in a statement.

But the question is whether the new laptops address one of the biggest complaints people have about the MacBook Pro -- a keyboard so delicate it can be brought down by something as small as a muffin crumb. Apple doesn't specifically say whether the new generation of "butterfly" keyboards solves that annoying problem, which prompted Apple to announce a free repair program last month, but it does claim they are much quieter. However, Apple noted it's only a small number of users who have been impacted.

Some Pro users may be disappointed by the ports, which are, once again, limited to USB-C. MacBook Pros no longer feature the popular USB and HDMI ports, as well as SD and microSD card slots, required for some printers, cameras and some monitors. Users will need to continue to use dongles. Lots of dongles.

On the upside, the new Pros are the first Macs to feature "Hey Siri", the always-on, always listening option for summoning Apple's digital assistant,a feature already available on newer iPhones. Turn it on and your MacBook Pro will immediately respond to you barking, "Hey Siri."

The new MacBook Pros also get Apple's slick True Tone technology, which adjusts color temperatures based on your surroundings to provide a more natural viewing experience on your screen.

Look for the new laptops online and in select Apple stores beginning Thursday.

While there are some performance improvements, it's not a revolutionary iteration.

"These are the same Macs we've had for two years," said Patrick Moorhead, president and principal analyst at Moor Insights & Strategy. "I would have liked to have seen Apple add LTE options and touch screens."