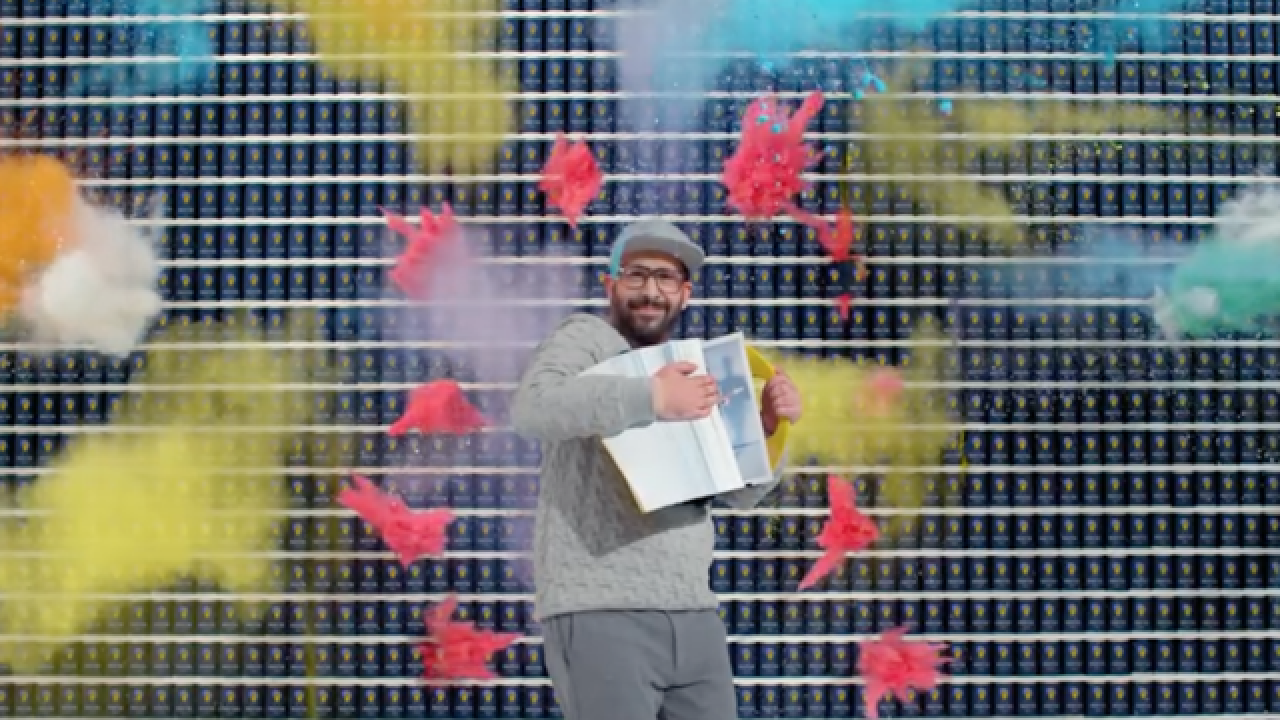 OK Go / Youtube
&lt;p&gt;This production still was taken from the music video for OK Go's single "The One Moment." Nearly the entire 4-minute video was shot in about 4 seconds.&lt;/p&gt;

How do you stretch 4 seconds into 4 minutes? OK Go's new music video does just that and it's incredible to see.

The video for OK Go's single "The One Moment" runs for 4 minutes, 12 seconds but according to a post to the band's blog, nearly the entire video took about 4.2 seconds to shoot. But how is that possible?

According to the band, the video was shot using hundreds of meticulously staged actions that were precisely triggered using digital devices. The action was then slowed down to various speeds, including one section that plays out at about 200-times slower than reality.

A massive spreadsheet pictured in the band's blog post shows how the video was planned, including the recording speeds and timing of each trigger.

The post calls "The One Moment" the band's "most heartfelt and sincere" song. They explain that the elaborate video was meant as a literal interpretation of the "fleeting" nature of human life. "[It's] a celebration of (and a prayer for) those moments in life when we are most alive ... We have only these few moments," singer and director Damian Kulash, Jr. wrote.

The video for "The One Moment" comes 10 years after OK Go first turned heads with the music video for its single "Here It Goes Again." That video, which featured the band performing an elaborately choreographed dance across running treadmills, has been watched millions of times on YouTube.

Watch the video for "The One Moment" below.