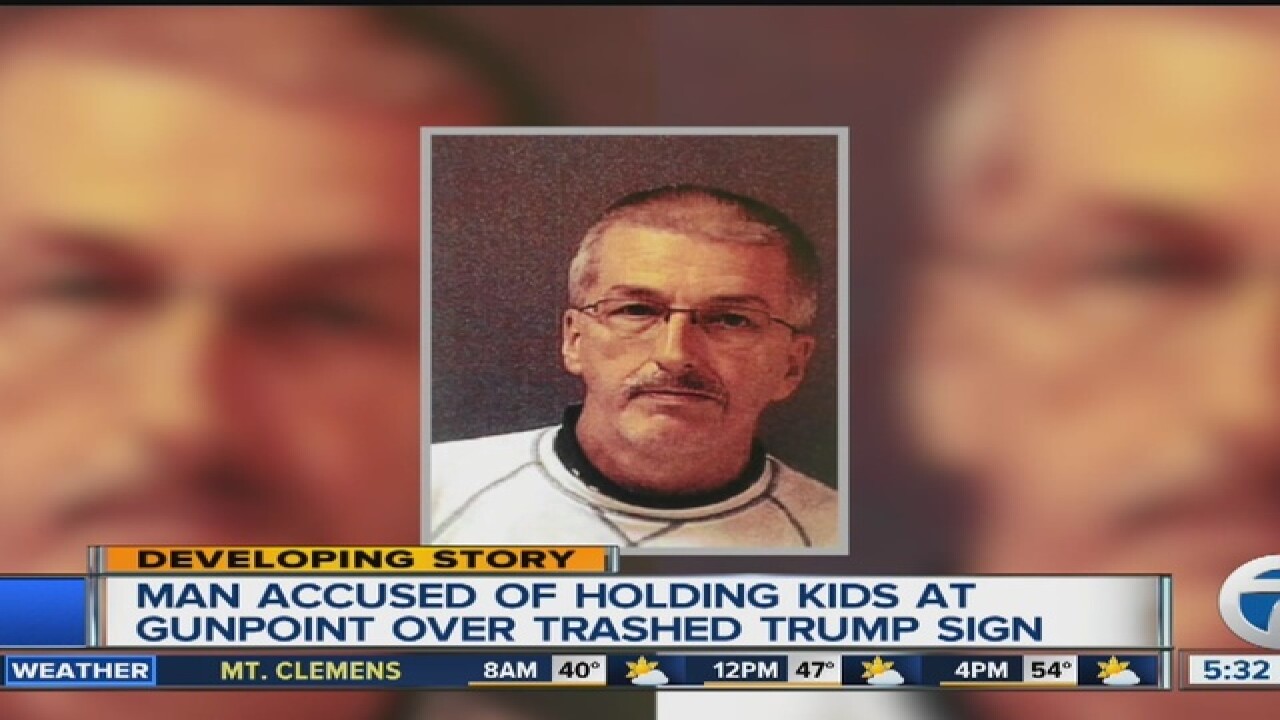 Police say it happened when he accused them of destroying his Donald Trump lawn sign.

Michael Kubek, 56, called police to report the vandalism and when officers arrived, six kids ages 12-14, were reportedly sitting on the grass and Kubek was yelling and cursing at them.

The 56-year-old man told police he believed those kids damaged his Trump lawn sign – but that he didn’t actually see them do it and doesn’t have security video.

Police say the six kids said they were hanging out in the park when Kubek ran up to them, accused them of damaging the Trump sign, pulled out a gun and told them to sit down on the grass.

Kubek reportedly admitted to the officer he pulled a gun and then said he was really mad because his political signs were also damaged just a week before and his house was egged.

Kubek was arrested and charged with seven felonies. He’ll be back in court in December