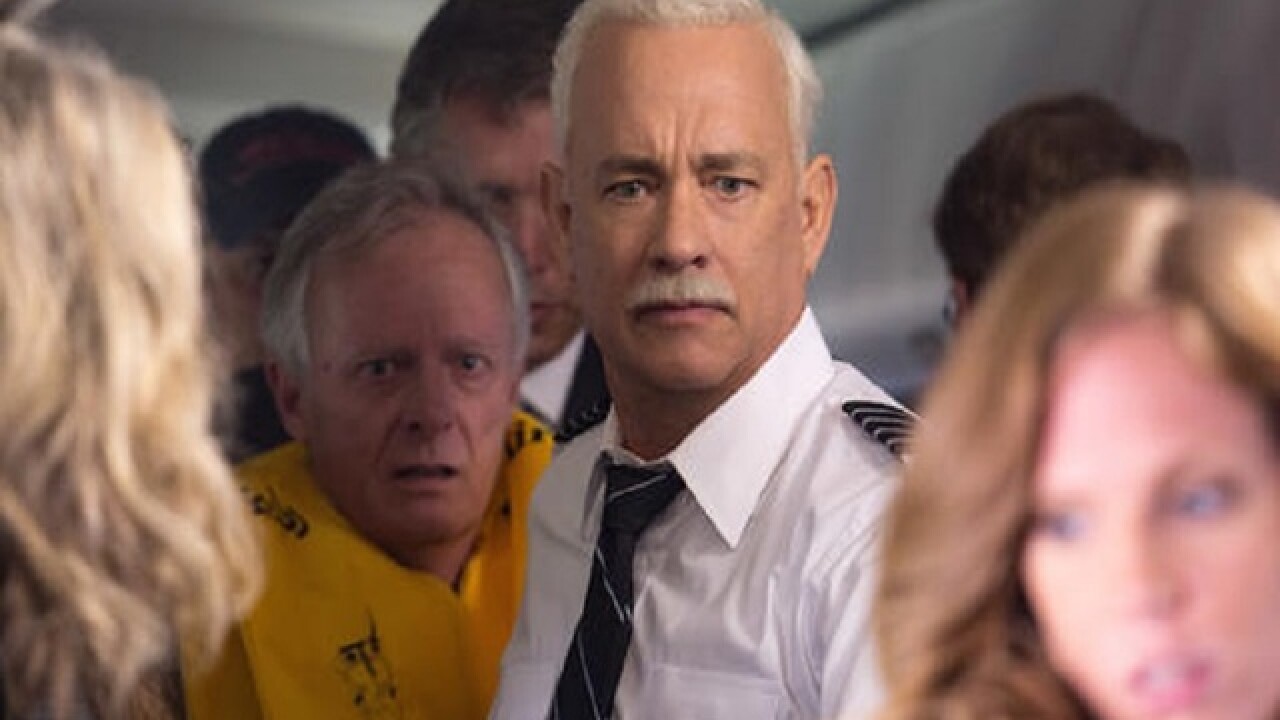 By: Associated Press
Posted at 5:43 PM, Sep 11, 2016
LOS ANGELES (AP) — Adult audiences turned out in droves to take the plunge with "Sully," director Clint Eastwood's dramatization of the Miracle on the Hudson. The film took flight with $35.5 million, according to studio estimates Sunday, surpassing expectations by around $10 million.
Tom Hanks stars as Captain Chesley "Sully" Sullenberger, who made an emergency landing of US Airways Flight 1549 in the Hudson River in 2009, minutes after taking off. In addition to showing Sully's feat, the film explores the little-known National Transportation Safety Board investigation of the landing.
Both audiences and critics responded strongly to the taut drama — Eastwood's first since "American Sniper." An estimated 80 percent of those who turned out this weekend were over the age of 35, too, according to Warner Bros.
"This is the kind of sophisticated drama that is the antidote for older audiences to the youth-driven blockbuster stylings of the summer season," said Paul Dergarabedian, senior media analyst for box office tracker comScore. "It proves that going to the movies is not just a youth-driven habit. Older audiences love to go to the movies as well, and 'Sully' is exactly the kind of movie that can bring them out."
In fact, according to comScore's PostTrak audience survey, 39 percent turned out because of Hanks. Dergarabedian said that for stars that number is normally in the single digits.
"The movie sells itself," Warner Bros. distribution executive Jeff Goldstein said. "Clint Eastwood is the master of being understated ... he always wants the film to speak for itself, and it did."
Goldstein was also struck by how well the film, despite its hyper-local New York story, played in all areas of North America.
The Warner Bros. film cost a reported $60 million to produce. It's the first-ever to be shot entirely with IMAX cameras. The 375 IMAX screens accounted for about $4 million of the total this weekend.
Taking second place with $15 million was the Screen Gems thriller "When the Bough Breaks" starring Morris Chestnut and Regina Hill. It surpassed its modest $10 million budget, but failed to meet both analyst expectations and the precedent set by last year's African-American thriller "The Perfect Guy," which made $25.9 million on the same weekend.
"Because of the success of so many of these films, most of us thought it would do more this weekend, but no one is going to be crying about it over at Sony. They're already in the profit mode," Dergarabedian said.
Rory Bruer, Sony's president of worldwide distribution, echoed that sentiment, stressing that "The Perfect Guy's" box office was "way beyond anyone's expectations."
"We're in good shape," Bruer said, noting that it is the latest in a string of successes for the studio including "Don't Breathe," which placed third with $8.2 million, and "Sausage Party."
"Suicide Squad" took fourth place with $5.7 million, while the animated pic "The Wild Life" rounded out the top five with a dim $3.4 million.
Estimated ticket sales for Friday through Sunday at U.S. and Canadian theaters, according to comScore. Where available, the latest international numbers for Friday through Sunday are also included. Final domestic figures will be released Monday.
1. "Sully," $35.5 million ($9.5 million international).
2. "When the Bough Breaks," $15 million.
3. "Don't Breathe," $8.2 million ($9 million international).
4. "Suicide Squad," $5.7 million ($10.1 million international).
5. "The Wild Life," $3.4 million.
6. "Kubo and the Two Strings," $3.2 million ($2.3 million international).
7. "Pete's Dragon," $2.9 million ($2.2 million international).
8. "Bad Moms," $2.8 million ($3.7 million international).
9. "Hell or High Water," $2.6 million ($1.3 million international).
10. "Sausage Party," $2.3 million ($4.2 million international).
Copyright 2016 The Associated Press. All rights reserved. This material may not be published, broadcast, rewritten or redistributed.