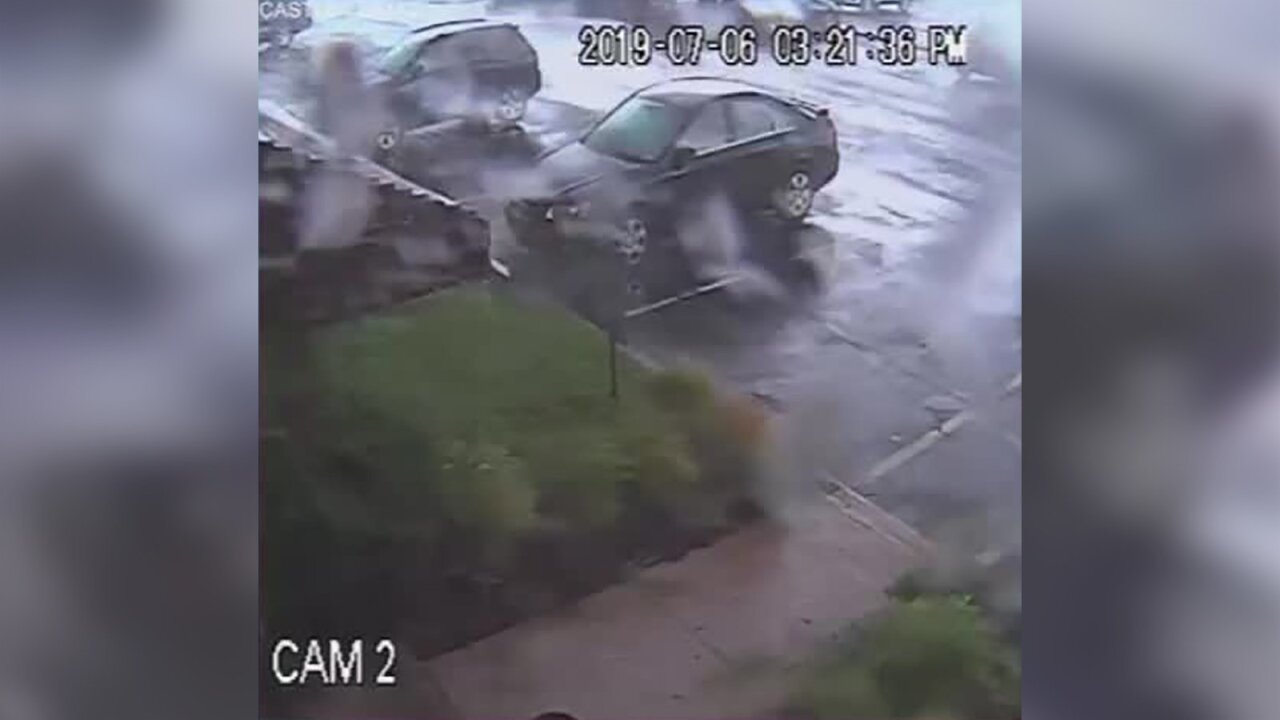 A landspout tornado briefly touched down in New Jersey on Saturday and the high winds flipped over a car.

The tornado moved across a warehouse parking lot in Mount Laurel Township about 2 p.m. ET before overturning the car, the National Weather Service said.

It also passed over a nearby warehouse building, causing minor roof damage.

"Portions of roof material were pulled back causing the roof to bow. Two air conditioning units were torn off the roof. Ceiling tiles were also dislodged throughout the interior of the building," the weather service said.

The tornado dissipated shortly after.

Police said no injuries were reported.