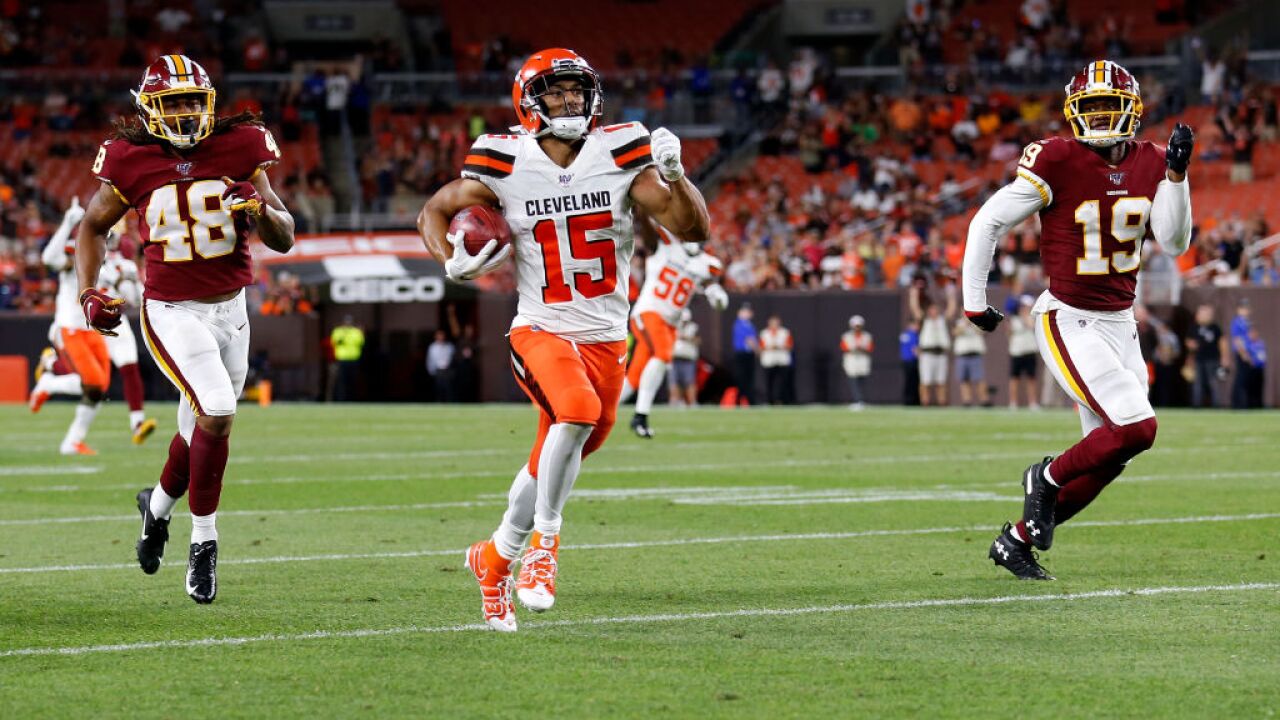 Cleveland Browns rookie wide receiver Damon Sheehy-Guiseppi stole the show Thursday in the team's first preseason game with an 86-yard punt return for a touchdown against the Washington Redskins. But even the most diehard fans didn't know his name before that play.

The 24-year-old's path to the NFL is unlike any other. He wasn't the standout player on a college team. He didn't rise above the rest in the NFL's Scouting Combine. In fact, he last played football on the junior college level. He was also out of cash with nowhere to sleep before he talked his way into a longshot walk-on role in the pros.

Four months ago, the Browns said, Sheehy-Guiseppi was sleeping outside a Miami gym after spending his last $200 on training. A former teammate from a flag-football league tipped him off to the time and location of the Browns' spring practice. But Sheehy-Guiseppi had yet another problem: He wasn't invited.

Crashed a workout in MIA
+ Ran a 4.38
+ Received invite to CLE tryout
+ Lived/slept in a 24-hr gym via guest passes
+ Charged phone in laundromat
+ ate 1-2x/day at random cookouts

= 85-yd return TD in 1st gm as a Brownpic.twitter.com/QO1dCWze1b

He'd done his research and convinced Browns management that he knew the team's vice president of player personnel, Alonzo Highsmith. Sheehy-Guiseppi walked up to Highsmith, introduced himself and talked his way into a spot alongside the invited players.

That gave Sheehy-Guiseppi a chance to catch balls and run the 40-yard dash, which he did in an impressive 4.38 seconds. It was enough to earn a spot at the Browns' next practice a week later.

At that workout, Sheehy-Guiseppi impressed the scouts enough to get a contract and a role in the preseason opener. The game was the first time he faced a live punt return since his days at Phoenix College.

Thursday night's touchdown helped the Browns beat the Redskins. But to add to the outlandish story, Sheehy-Guiseppi had misplaced his cleats before the game, according to NFL Network's Mike Garafolo, so he was running in star teammate Odell Beckham Jr.'s cleats.

"I'm just blessed to be healthy and be in the position that I am," Sheehy-Guiseppi said. "I just try to stay in the moment and just think about what's to come next. I'm super proud to be able to take advantage of moments like that."

Highsmith has high hopes: "Incredible. To be out of football as long as he's been out, and still have that type of speed? That means he's fast. And now he's eating three square meals a day, sleeping in his own bed. The sky's the limit for him."