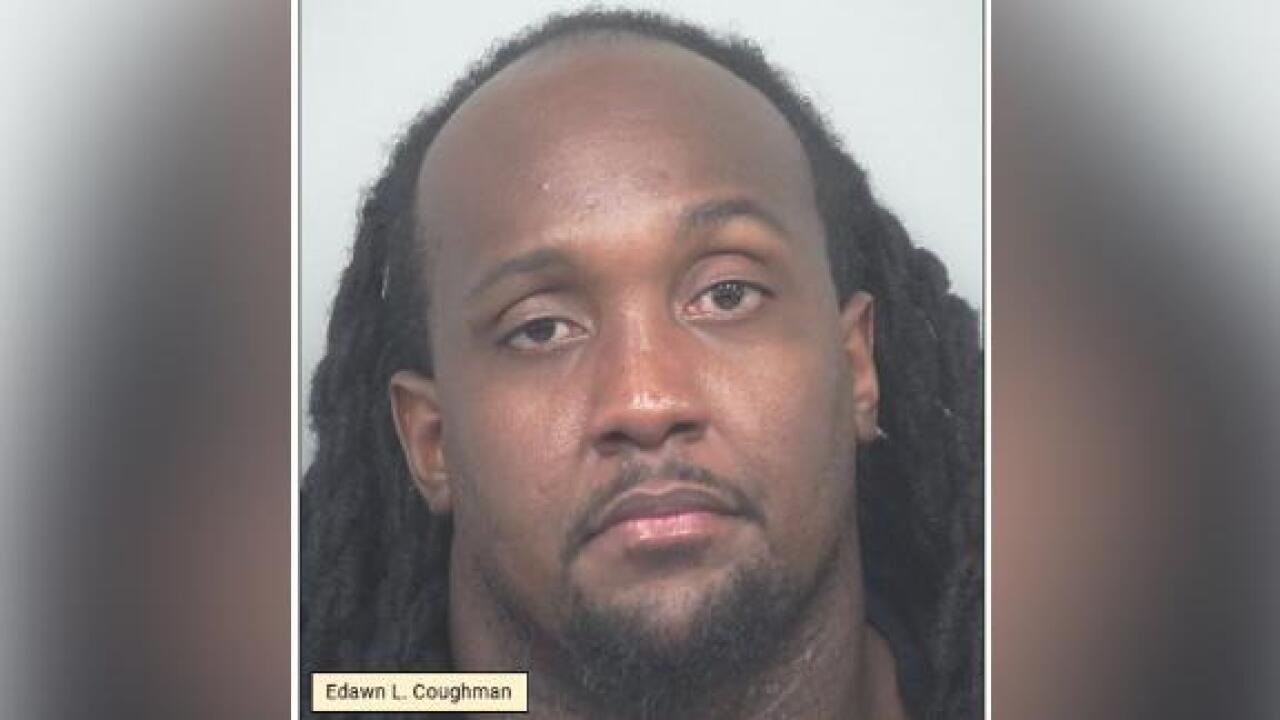 A former NFL player Edawn Louis Coughman is facing criminal charges after he allegedly destroyed his business near Atlanta to<br/>make it look like a hate crime burglary, police said.

(CNN) -- A former NFL player is facing criminal charges after he allegedly destroyed his business near Atlanta to make it look like a hate crime burglary, police said.

Edawn Louis Coughman, 31, was arrested Thursday and charged with false report of a crime, insurance fraud and concealing a license plate, police said in a statement.

Coughman spent four seasons in the NFL. He played for several teams, including the Washington Redskins, the Dallas Cowboys and the Arizona Cardinals, CNN affiliate WSB reported.

Officers first responded to the scene after a caller reported that someone inside Create & Bake Pizza and Coughman's Creamery was damaging the business. The witness also reported the suspect was driving a black car without a license plate.

Authorities confronted Coughman, the owner of the business, after they saw him driving the described vehicle nearby, police said. They noticed "several televisions in the bed of the truck and inside the cab," some of which were "still attached to the brackets with damaged drywall," police said.

When they went inside the business, officers saw several words and graffiti symbols on the walls and booth cushions in black spray paint, police said. They also saw "racially-motivated words," swastikas and the word "MAGA."

He was released on bond Thursday. His attorney, Jackie Patterson, said the former NFL player is looking forward to his day in court.

"Coughman is presumed innocent like anyone else who is accused of a crime ... don't prejudge him without knowing all the facts," Patterson said.

Coughman told police he had noticed the damage earlier in the day and called his insurance company to report the damages but did not call 911, the statement said.

After he was arrested, police found a yellow crow bar and cans of black spray paint in his vehicle.

"It appears as though Edawn conjured a premeditated plan to damage his own property, attempt to make it appear as a hate crime, file a claim with his insurance company, and sell off the undamaged appliances and electronics," police said.