A 7-year-old child with special needs was allegedly slapped by an Aurora Public Schools paraprofessional while riding a school bus on Monday, according to the Aurora Police Department. 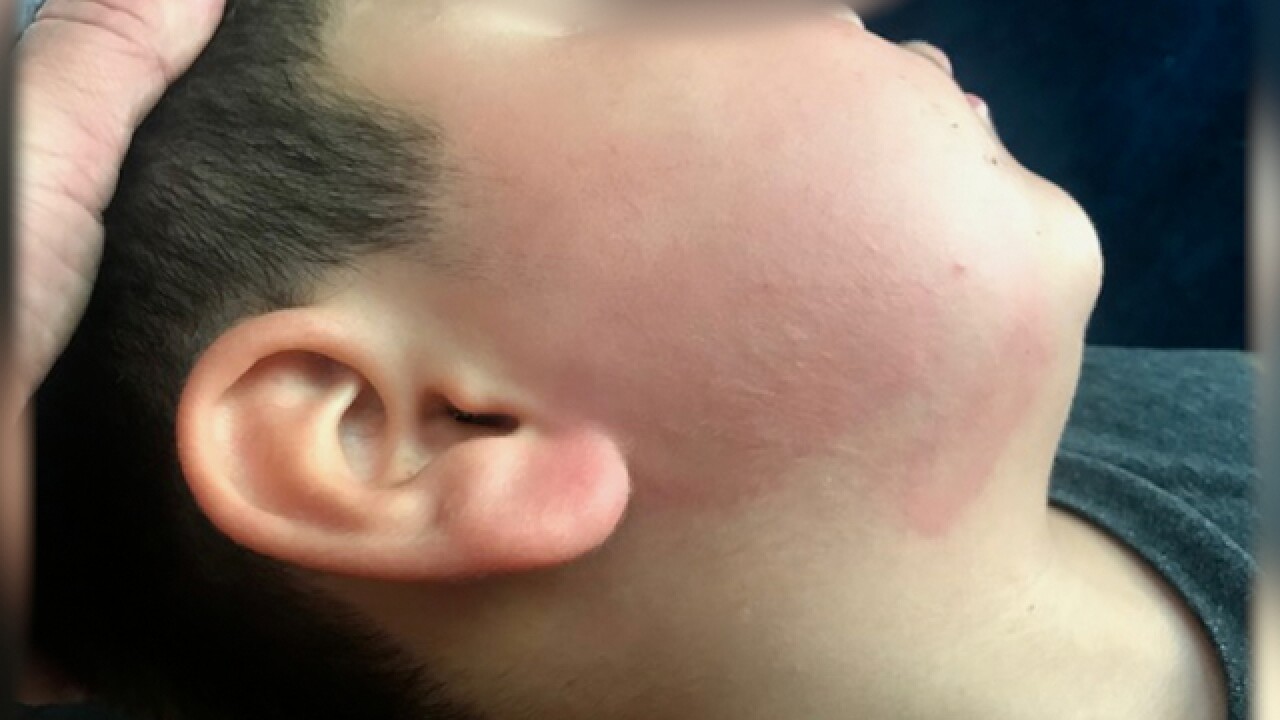 AURORA, Colo. – A 7-year-old child with special needs in Aurora, Colorado was allegedly slapped by an Aurora Public Schools paraprofessional while riding a school bus on Monday, according to police.

The Aurora Police Department told KMGH the incident happened on a bus at the intersection of 12th and Ironton in Aurora at around noon.

The department said it was notified of the incident at 5 p.m. and that officers conducted an investigation and turned over the case to Arapahoe County prosecutors.

According to an APD spokesperson, an officer questioned witnesses and looked over the evidence but could not confirm if there was video evidence.

Igor Raykin, the attorney representing the family of the child, told KMGH that there is video evidence of the incident from the bus security camera but that it is not allowed to be released.

“The paraprofessional, who is a male, was sitting at the seat across from the child in the video,” Raykin said. “At first the child and the para were playful with each other – nudging each other with their elbows. But then the child reached reaches for the para’s head or sunglasses and he got upset with that. Then in the video he slaps the child.”

Raykin said the man has not been arrested—something police confirmed Tuesday. APD also said it turned the case over to prosecutors. The man has been issued a court summons for misdemeanor child abuse.

“The father of the child has several concerns,” Raykin said. “He was furious. He wants improved educational services for his child and wants more protection for his child, as well as a full investigation from Aurora Public Schools. His child was afraid to go on the bus this morning because of that traumatic incident.”

KMGH reached out to APS for a statement and asked if the paraprofessional has been placed on administrative leave. APS spokesperson Corey Christiansen sent KMGH the following statement:

"We are investigating the report of an employee who struck one of our students. We take this matter seriously and are taking appropriate disciplinary action. We want to emphasize that we do not tolerate inappropriate behavior by staff.

"Student safety is our top priority, and APS staff members immediately contacted the Aurora Police Department when they learned about the allegation.

"Due to privacy laws and because this is an open investigation, we are unable to share additional information.

"Aurora Public Schools is committed to providing every student with a safe and positive learning experience every day."