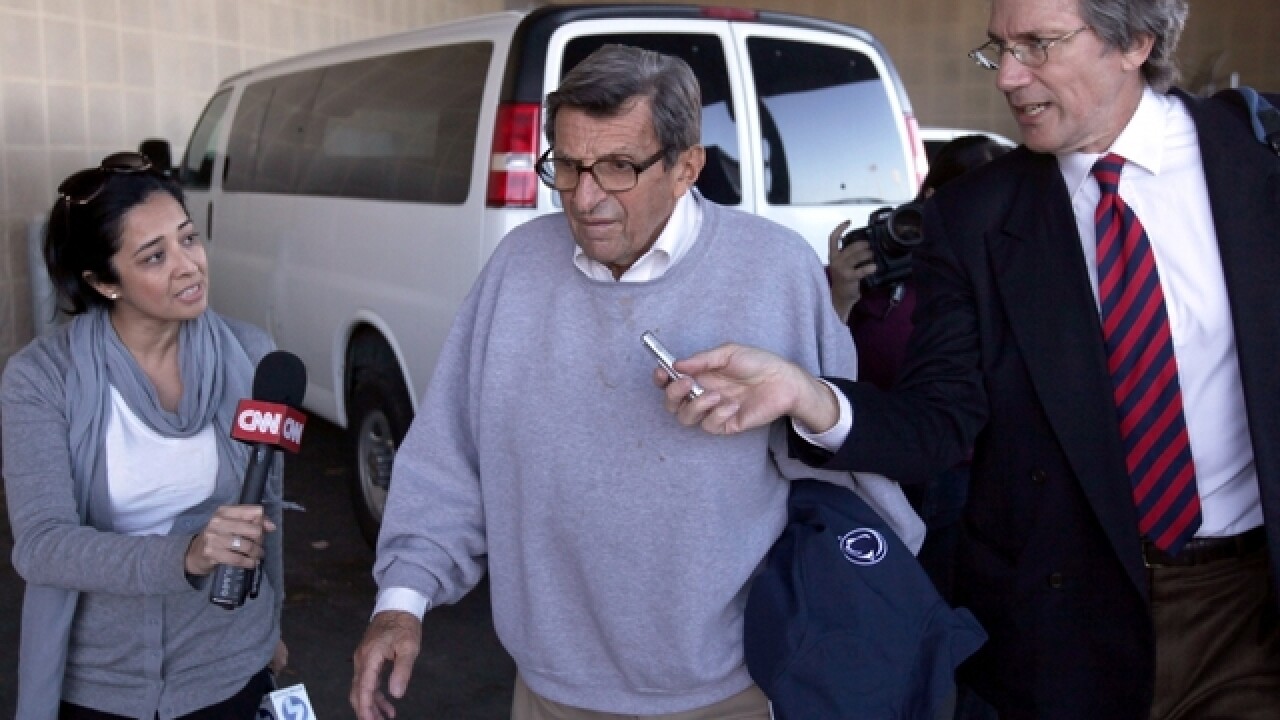 Embattled former Penn State head coach Joe Paterno will be honored during the Nittany Lions' home game versus Temple this Saturday to commemorate the 50th anniversary of Paterno's first season at Penn State.

Paterno was fired before the end of the 2011 season, and a statue of the long-time head coach was removed from campus after his former assistant coach, Jerry Sandusky, was charged with sexually abusing children in the Penn State football facility.

On Thursday, Penn State's athletic director Sandy Barbour said that the celebration will include members of Paterno's 1966 squad participating in the opening coin flip.

"Coach Paterno wanted academic success not only for his players but also for every student who came through Penn State," Barbour said. "Together with his wife, Sue, they helped countless students become leaders and earn a Penn State diploma. Our plans are consistent with the wishes of the Paterno family as well, with a focus on the players and their accomplishments at Penn State and beyond."

Following a two-year grand jury investigation, it was revealed that Sandusky was involved in abusing dozens of children. Sandusky, an assistant under Paterno from 1969 to 1999, was sentenced to 60 years in prison for multiple incidents of sexual abuse of minors.

Allegations of Sandusky's sexual abuse of children at Penn State football facilities date back to the 1970s. A report surfaced in May that Paterno was informed about Sandusky sexually abusing children as early as 1976.

Paterno has the most wins in Division I college football history with 409 career victories. Paterno spent his entire 45-year head coaching career at Penn State.

Since Paterno's passing in 2012, many Penn State fans have called on the university to return the statue to the front of Beaver Stadium.