5 sea turtles found in hotel trash can in Georgia 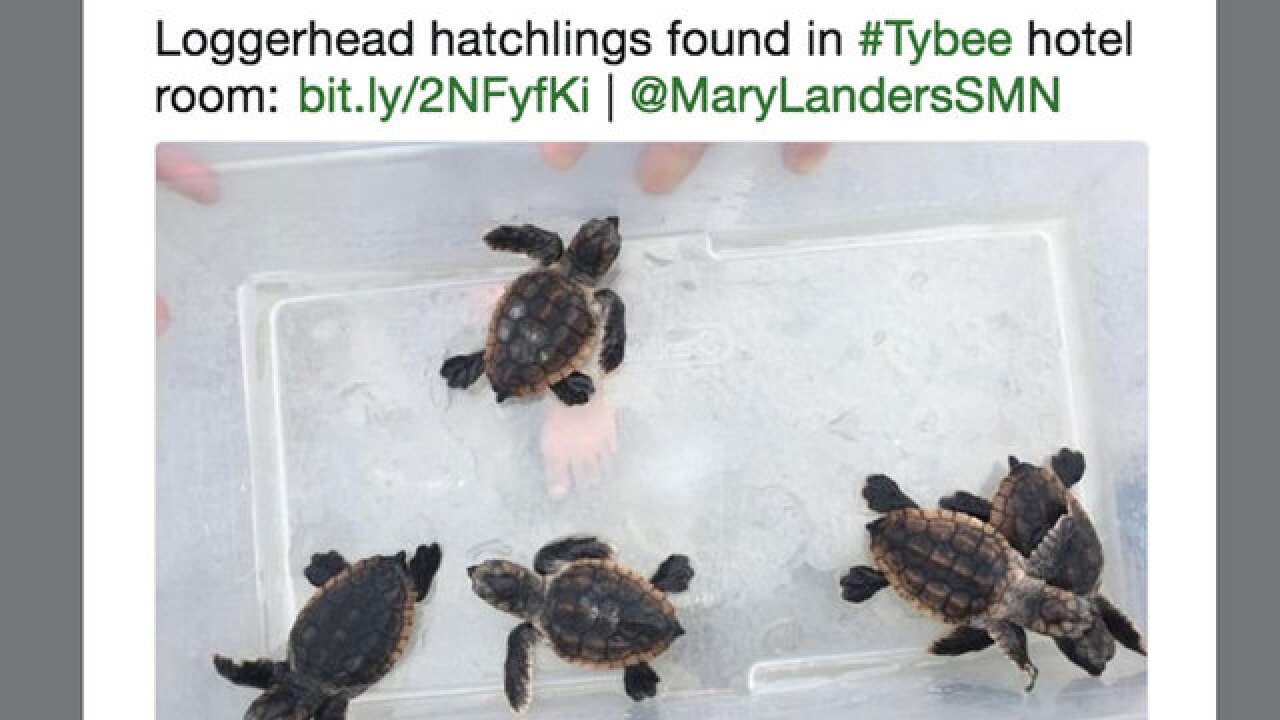 TYBEE ISLAND, Ga. (AP) — Five rare baby sea turtles found in a hotel trash can in Georgia have been released into the Atlantic Ocean.

The Savannah Morning News reports the loggerhead hatchlings were freed early Wednesday on the beach at Tybee Island.

A hotel housekeeper on the island discovered six live loggerhead sea turtle hatchlings in a waste basket on Tuesday. State wildlife biologist Mark Dodd suspects someone picked up the animals after they hatched.

One of the animals remains at the Tybee Island Marine Science Center, which can raise the turtle until age 2.

Loggerheads are classified as threatened under the Endangered Species Act, and even touching one can result in a fine. Police and wildlife officials are investigating how the animals got to the hotel.

This story has been corrected to show that loggerhead turtles are threatened, not endangered.