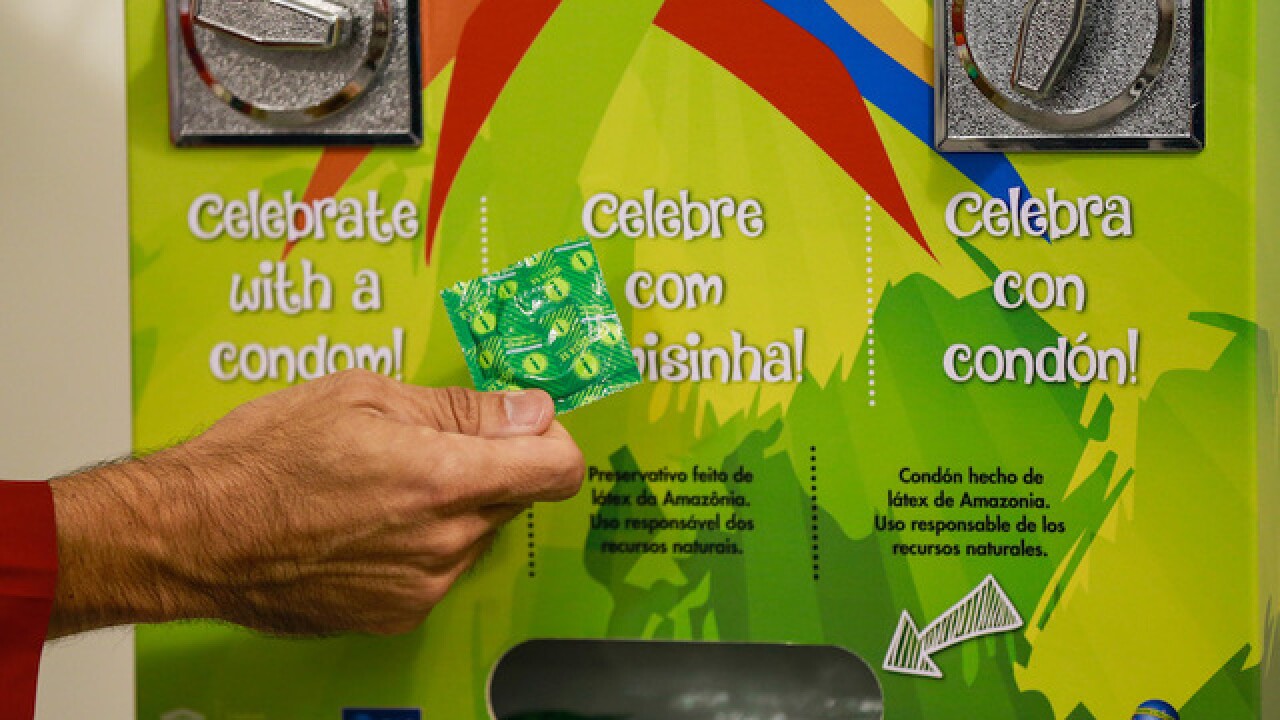 Copyright Getty Images
&lt;p&gt;RIO DE JANEIRO, BRAZIL - JULY 23: A condoms' distribution machine at the Olympic and Paralympic Village for the 2016 Rio Olympic Games displaying the Olympic Rings in Barra da Tijuca. The Village will host up to 17,200 people amongst athletes and team officials during the Games and up to 6,000 during the Paralympic Games on July 22, 2016 in Rio de Janeiro, Brazil. (Photo by Buda Mendes/Getty Images)&lt;/p&gt;

Gold, silver and bronze might be hard to come by for athletes at the Rio Olympics.

But rubber is aplenty.

Brazilian newspaper Folha de São Paolo reported that 450,000 condoms are being distributed to athletes for the summer "games."

More than 11,000 athletes are taking part in the Olympics, so the math is roughly 41 condoms per athlete for the 17 days of competition.

The total triples the previous Olympic record when 150,000 condoms were distributed for the 2012 London Summer Olympics, according to Slate.com. The number jumped in part because 100,000 female condoms are being distributed this year.

The Olympics first started providing condoms to athletes in 1988 when 8,500 were distributed in Seoul, South Korea, according to The Daily Beast.

Check out the graphic below to see the expansion of condom distribution at the Summer Olympics. Numbers for the graphic come from Slate.com.