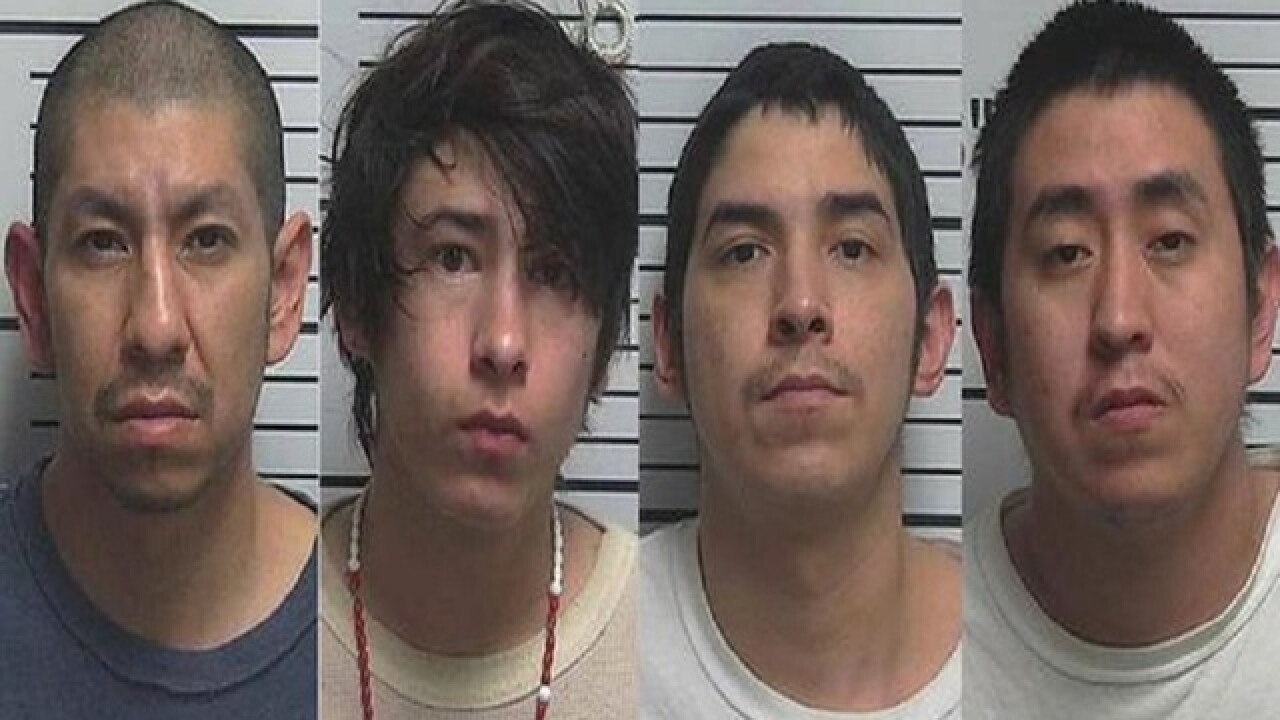 By: Mina Abgoon
Posted at 2:37 AM, Apr 05, 2016
Police in Utah have arrested four men who they say raped a 9-year-old girl on Easter Sunday while her mother smoked meth in the home’s garage.
Officials with the Uintah County Sheriff's Office said the assault occurred March 27 at a home in rural Uintah County. The suspects have been identified as 36-year-old Larson RonDeau, 20-year-old Josiah RonDeau, 29-year-old Jerry Flatlip and 26-year-old Randall Flatlip.

According to CBS News, the girl was reportedly sleeping on a sofa when her mother went to smoke meth in the home's garage.
That’s when the suspects committed the assault.
When she returned, she found the girl visibly upset with her dress "pulled up past her waist,” she said.
All four men have been booked on charges of rape and sodomy on a child, both first degree felonies.
It wasn’t immediately clear if the mother of the child, who has been placed in state custody, will be charged.
Copyright 2016 Scripps Media, Inc. All rights reserved. This material may not be published, broadcast, rewritten, or redistributed.