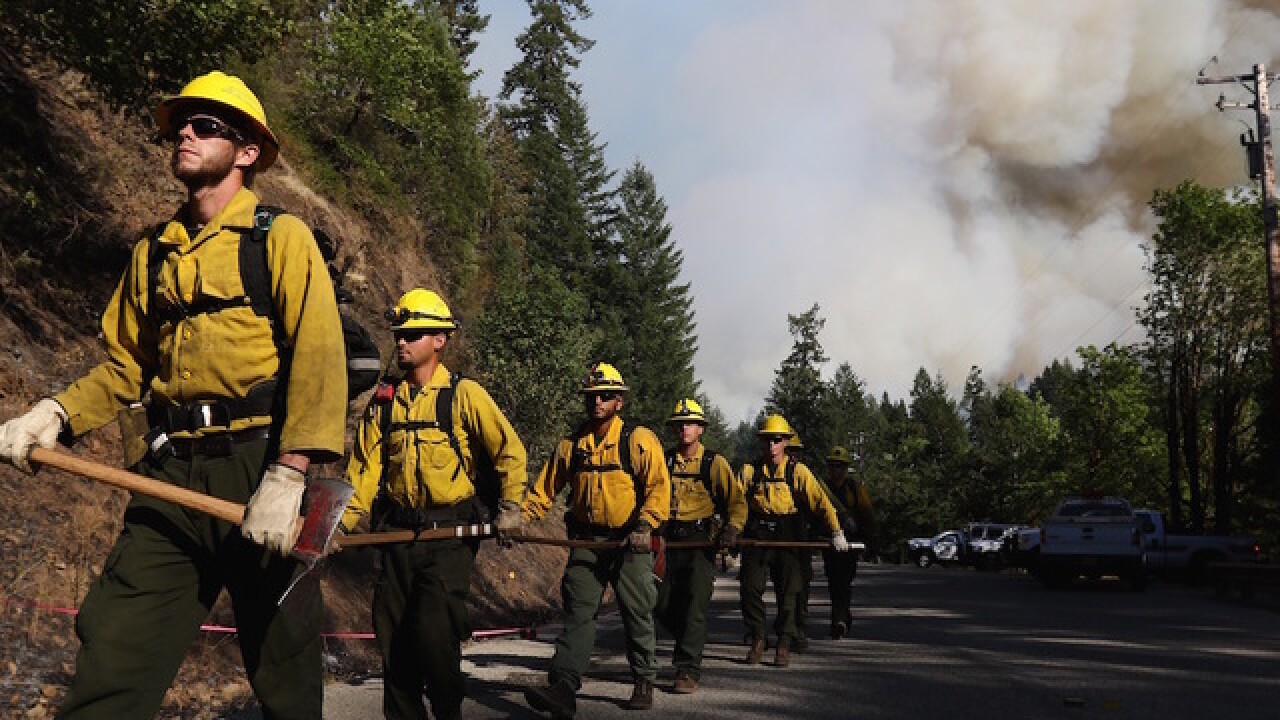 &lt;p&gt;In this July 28, 2015, file photo, Department of Forestry firefighters prepare for work at the Cable Crossing Fire near Glide, Ore. The National Interagency Coordinating Center is releasing its report on the outlook for the 2016 summer wildfire season nationwide. (Michael Sullivan/The News-Review via AP, file)MANDATORY CREDIT&lt;/p&gt;

Hawaii, Alaska and the Southwest face an increased threat of wildfires this summer, but most of the country should see normal or below-normal problems, forecasters said Sunday.

The National Interagency Fire Center's outlook for the spring and summer shows the potential for significant fires will be below average for much of Texas, the South and the southern Midwest. But some regions will face active fire seasons.

Here's a look at specific areas with increased danger this season:

Hawaii could face a long, hot summer, with above-average wildfire potential from May through August after a drought intensified last month, the fire center said.

The islands are entering a typically dry time of year, so the drought will likely persist or even get worse, even with normal precipitation, the outlook said.

An increased threat of wildfires is expected in southern Arizona in May, expanding into southwestern New Mexico and southern Nevada and Utah in June.

By July and August, conditions will improve in Arizona and New Mexico, but a strip near the California coast from the San Francisco Bay to the Mexican border could see above-normal chances of fire.

California is vulnerable because much of the state remains in a drought, despite an El Nino weather system that brought near-average snow and rain to the northern half of the state and its northern mountains.

South-central Alaska will vulnerable in May after scant snow fell over the winter.

Conditions should improve by June, forecasters said, and wildfire potential is expected to be normal across Alaska for the rest of the summer.

Fire officials were not available Sunday to discuss the outlook.

But U.S. Forest Service Chief Tom Tidwell discussed it with The Associated Press on Wednesday while in Denver for a conference on forest health.

"We anticipate the severity of the fire season will not be at the same level as last year, (but) we still expect to have some areas that will be really active," Tidwell said.

The improved overall outlook is welcome news after the 2015 fire season, when a record 15,800 square miles burned nationwide. Alaska and the Pacific Northwest were particularly hard-hit.