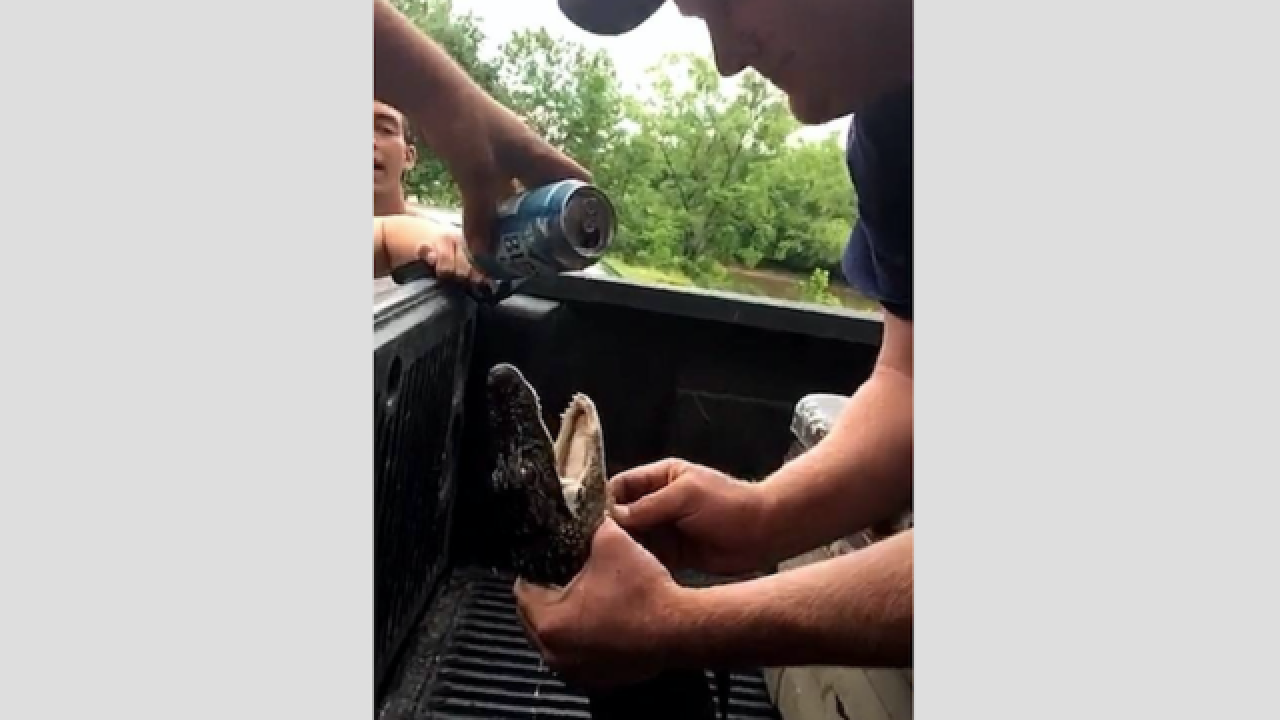 Two South Carolina men each face a harassment charge after pictures surfaced on social media showing them pouring beer down the throat of an alligator, authorities said.

Joseph Andrew Floyd Jr., 20, and Zachary Lloyd Brown, 21, both of Ridgeland, are accused of harassing wildlife, the state's Department of Natural Resources said in a news release.

The incident took place on Wednesday in Jasper County, located in the coastal region in the southernmost part of the state.

The men admitted to investigators that they picked up the juvenile alligator after they saw it crossing a road, forced beer down its throat and watched it swim away in a nearby pond, according to the release.

Pictures posted on social media alerted officials the next day.

"We started receiving a lot of e-mails and phone calls about this. People had taken screen shots from Snapchat accounts," the agency's spokeswoman Kyndel McConchie told CNN.

In one of the six photos obtained by CNN from authorities, the alligator's neck is being squeezed and a beer can is pressed against its snout. The text on the photo says "Gator Shotgun."

Other photos show beer being dripped into its mouth while its neck is held tightly. Another picture shows smoke being blown onto the face of the gator.

Besides the state misdemeanor charge of harassing wildlife, Floyd and Brown also face a maximum fine of $300.

"Alligators are protected under state law and even federal law where they are still listed as threatened solely due to their similarity of appearance to other endangered crocodilians worldwide," SCDNR Alligator Program Coordinator Jay Butfiloski added.