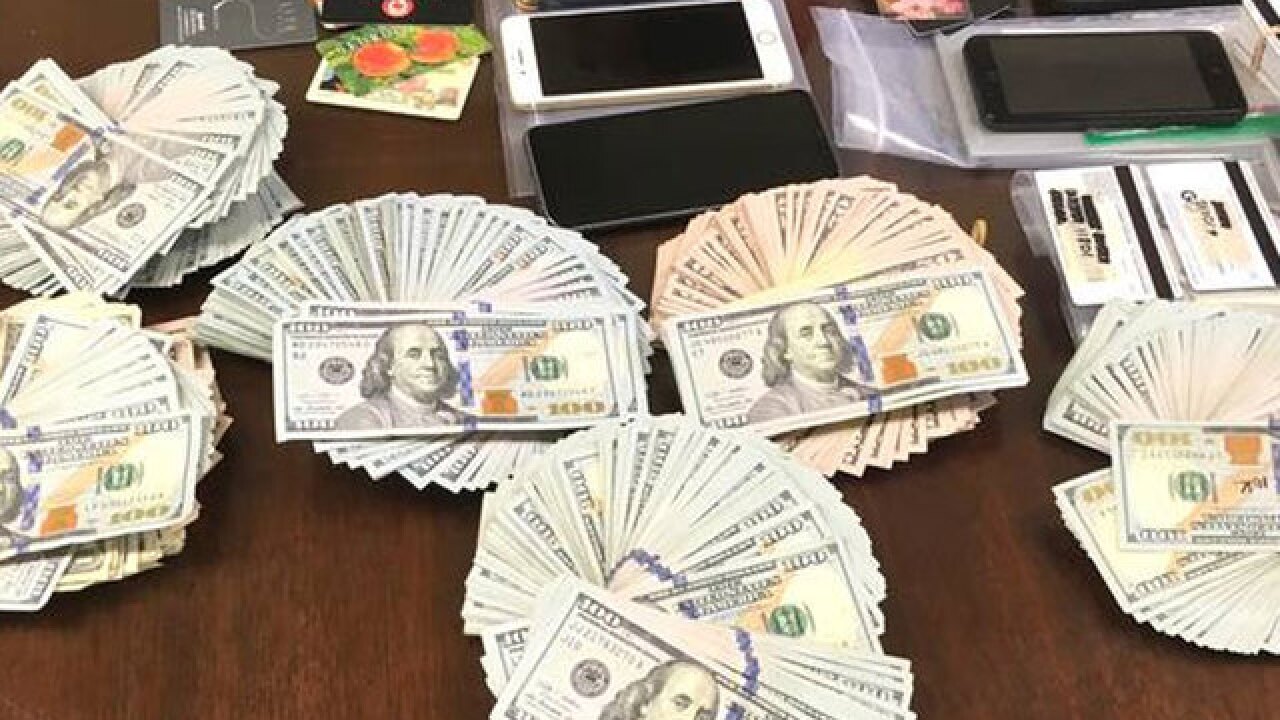 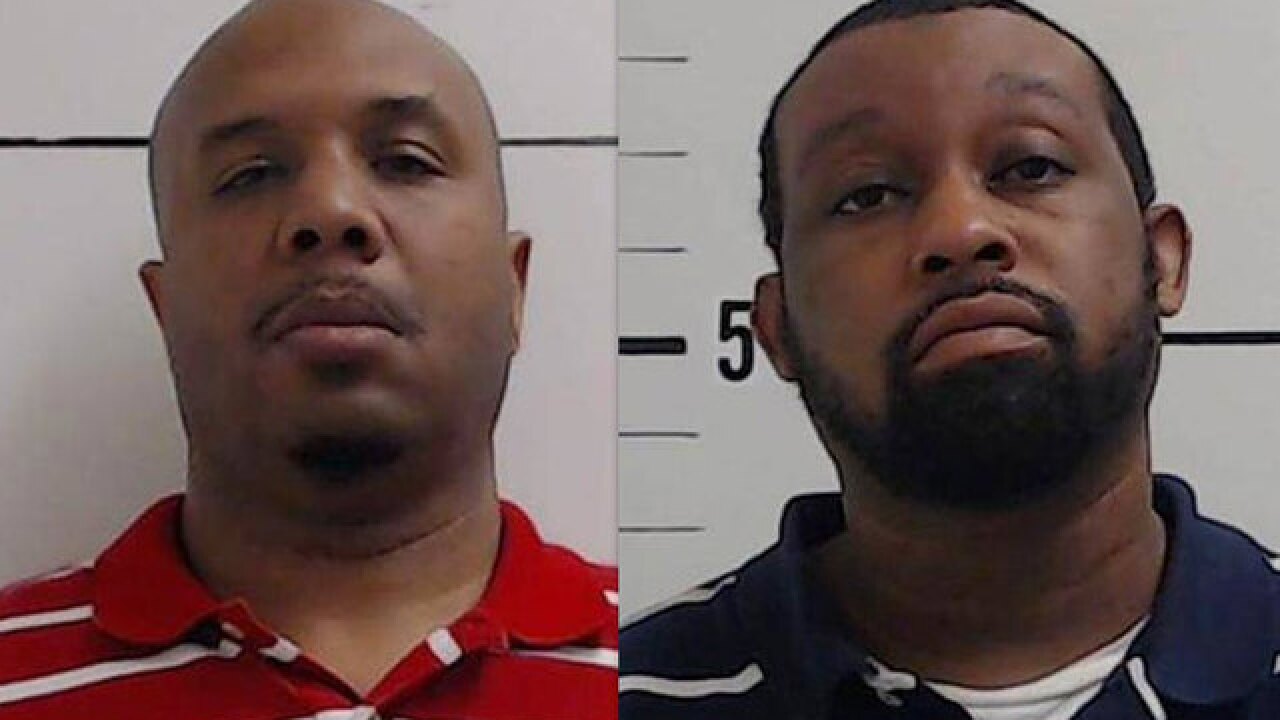 SURRY COUNY, N.C (WGHP) -- Two men were arrested after a Surry County deputy pulled them over and searched their car, finding more than 350 credit cards and more than $63,000 in cash.

Officers developed probable cause to search the car and allegedly found a laptop computer, an iPad and an electronic device capable of reading, erasing and rewriting credit and debit cards.

Deputies said the device is used to load banking information on blank cards after someone’s identity has been stolen.

Officers also seized more than 350 credit cards, debit cards and gift cards, along with more than 100 Redbox games and $63,531 in cash.

Hughes faces one count each of felony conspiracy to obtain property by false pretense and felony possession of five counterfeit instruments. He was jailed under a $100,000 bond.

Brown faces one count of felony conspiracy to obtain property by false pretense. He was jailed under a $25,000 bond.

“Drugs are not the only thing being trafficked between our jurisdictional boundaries,” said Surry County Sheriff Jimmy Combs, according to a press release. “That is why interdiction operations are so important to law enforcement as well as partnerships with other local, state and federal agencies in this battle against major crimes”