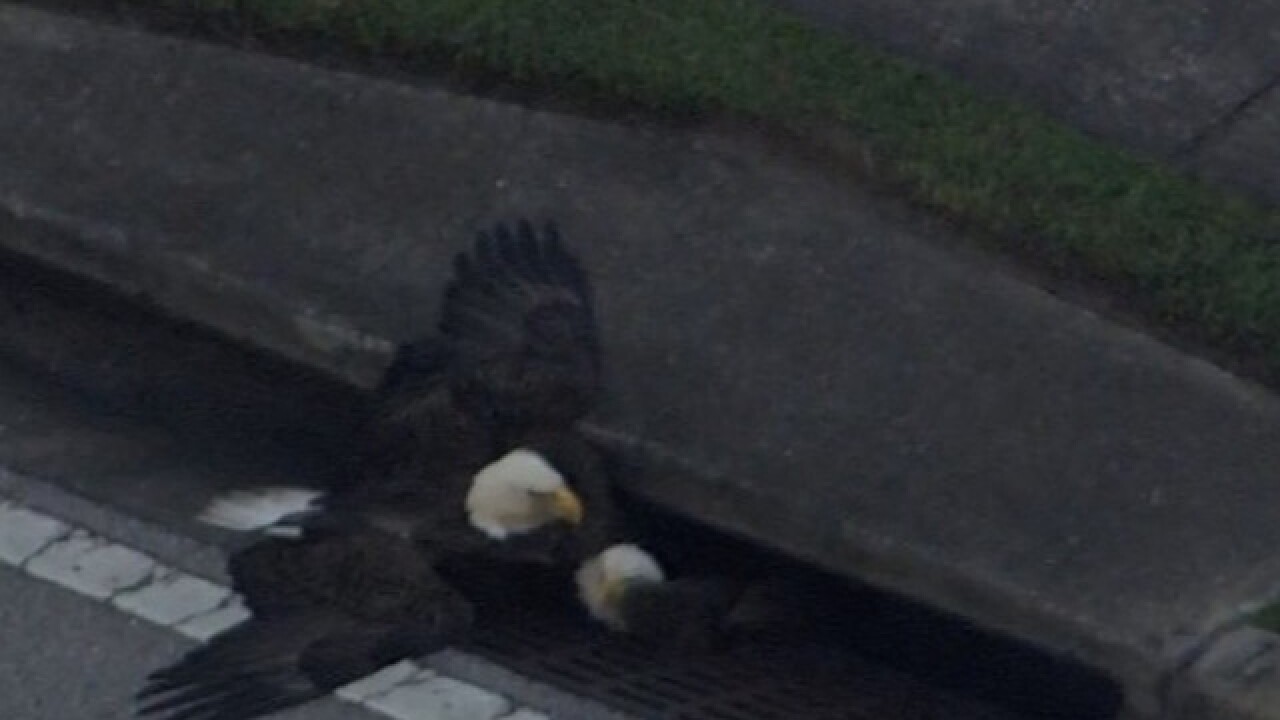 CNN
&lt;p&gt;Two bald eagles are shown stuck in a storm drain in Orange County, Florida on Nov. 10, 2016. One bird flew out on its own while the other was rescued.&lt;/p&gt;

Two bald eagles got stuck in a Florida storm sewer on Thursday creating a visual metaphor that's perhaps too painful for many Americans during a week of political unrest.

The birds were apparently fighting in the air over Orange County when they fell from the sky and got wedged in a storm drain along a road.

Video shows the eagles awkwardly stuck in the drain, frozen until one was able to free itself and fly away. The other eagle — a female — fell into the sewer after its foe escaped.

According to Orlando's WFTV-TV, the bird was rescued from the drain about 90 minutes after she had initially become stuck. She reportedly suffered injuries to her leg, chest and beak.

Watch video of the stuck eagles and their rescue below.