10 children killed in Aleppo as cease-fire continues to crumble 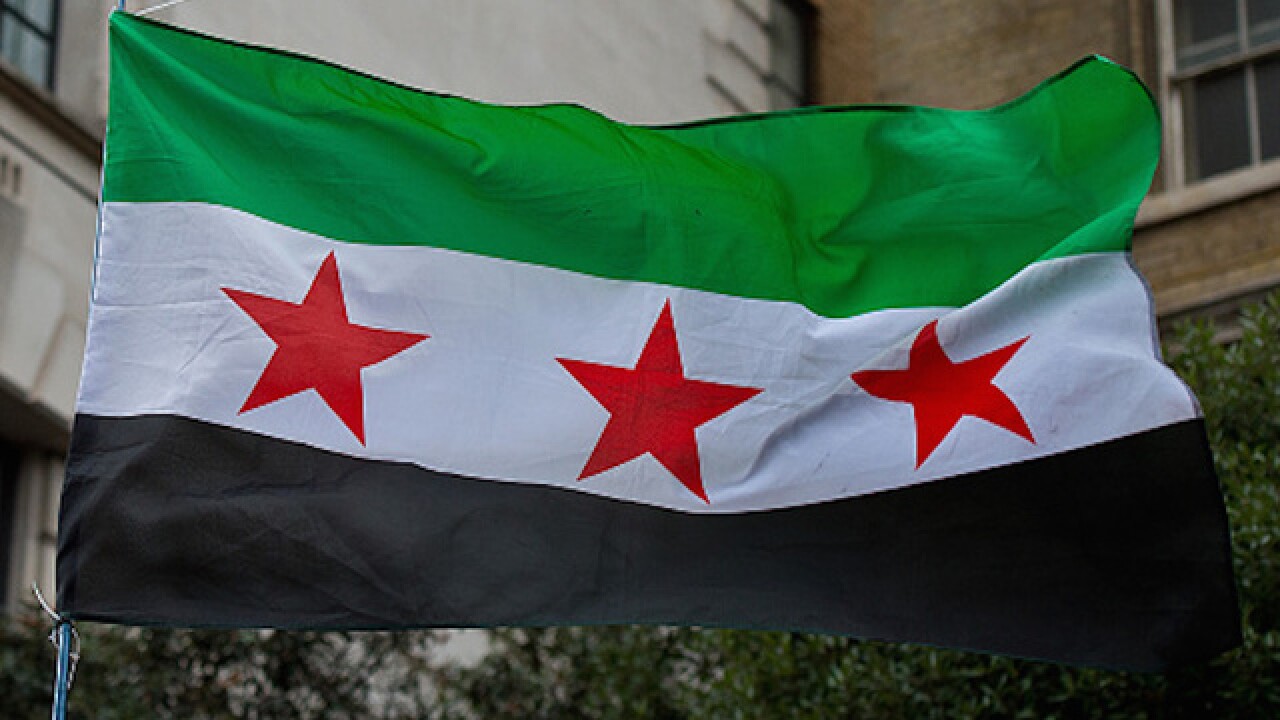 &lt;p&gt;LONDON, ENGLAND - DECEMBER 12: A demonstrator waves a Syrian flag during a Stop The War Coalition protest as protesters march towards Whitehall on December 12, 2015 in London, England. Stop The War Coalition is currently campaigning to end airstrikes in Syria after MP's backed British Prime Minister David Cameron 397-223 during a vote in parliament earlier in the month to commence aerial operations against ISIS in Syria. (Photo by Ben Pruchnie/Getty Images)&lt;/p&gt;

BEIRUT (AP) — Ten children have been killed by rebel shelling on Syria's largest city this weekend, as the U.N. warned of "desperate" conditions inside a war-ravaged Palestinian refugee camp in Damascus. The violence underscores the fragility of the cease-fire in Syria, which has unraveled in the north despite ongoing peace negotiations.

Syria's warring factions have returned to violence in recent weeks, spoiling a period of relative calm brought about by a partial cease-fire that went into effect in late February.

The U.N. warned that humanitarian conditions are "desperate" inside a Palestinian refugee camp home to about 10,000 civilians in the capital, Damascus.

The U.N. Palestinian refugee agency, UNRWA, said violent battles between extremists have left residents of the Yarmouk camp without food or water for more than a week.

"Civilians in Yarmouk are facing starvation and dehydration alongside the heightened risks of serious injury and death from the armed conflict," said UNRWA spokesman Chris Gunness.

The camp, a built-up neighborhood once home to an estimated 150,000 people, has been ravaged by fighting between the Islamic State group and al-Qaida's Syrian affiliate, the Nusra Front, while government forces regularly shell it from outside.

Air strikes near Jisr al-Shughour in opposition-held Idlib province killed three civilians, the Observatory reported. Pro-government forces intensified their shelling and bombing on an opposition-held pocket north of Homs, the country's third-largest city, according to the Local Coordination Committees, an activist network.

Government and opposition delegations have been engaged in indirect peace talks in Geneva since Wednesday as the U.N. looks for ways to bring an end to the country's five-year conflict, but the opposition's chief negotiator urged insurgents to strike at pro-government forces. "Don't trust the regime and don't wait for their mercy," Mohammad Aloush wrote in a post on Twitter Sunday.

More than 250,000 people have died in the conflict, which began in 2011 as a popular uprising demanding government reforms.