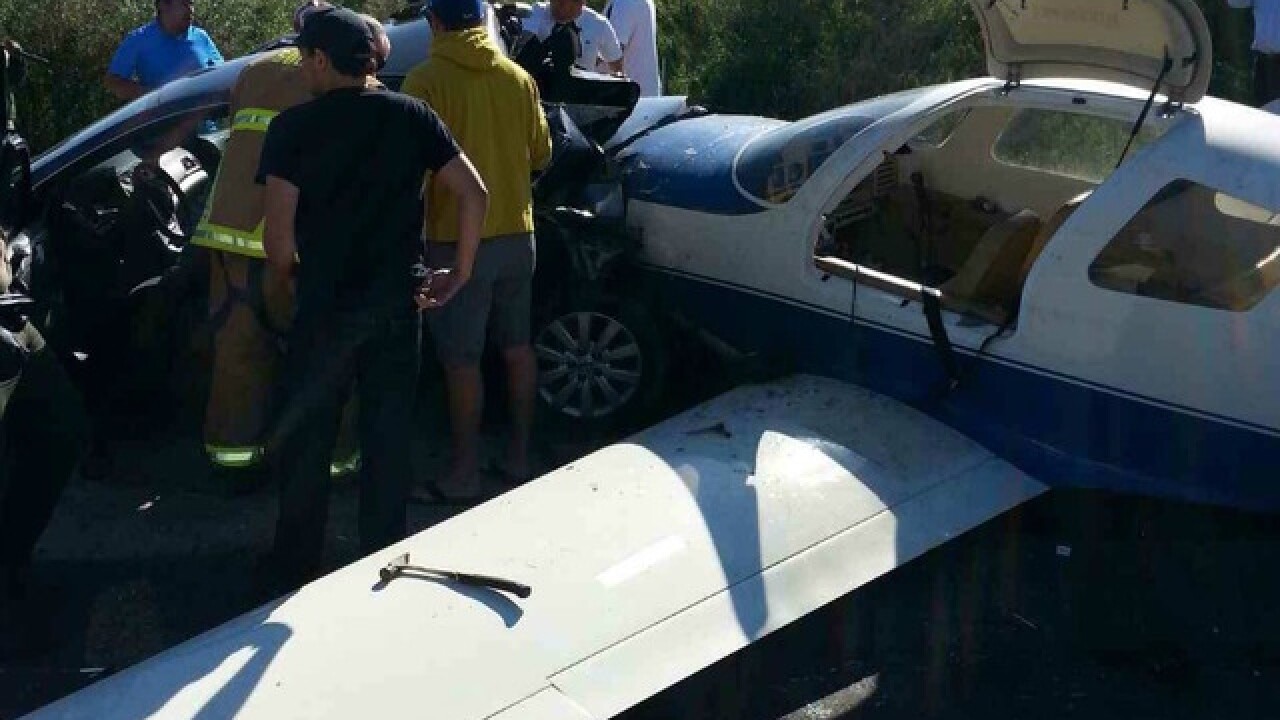 FALLBROOK, Calif. (AP) — Authorities say a small plane has crashed on a Southern California freeway and struck a car, killing one person and injuring five others.

Witnesses told dispatchers that the plane landed on a vehicle.

Polizzi says one person in the car died and three others were taken to the hospital. He says two people in the small plane also were transported for treatment.

The conditions of the injured were not immediately known.

The crash was blocking two lanes and causing backups.