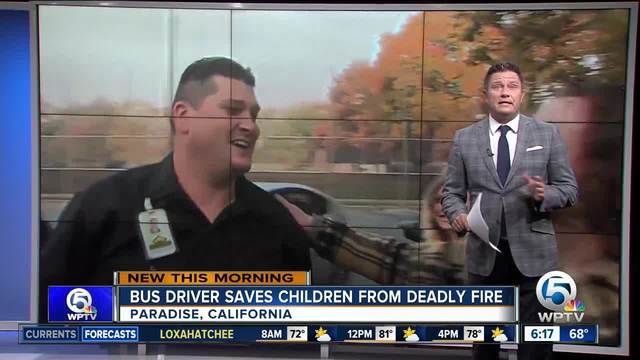 Kevin McKay drove the school bus along gridlocked, dark roads as pockets of fire burned all around. Nearly two dozen elementary school children were on board with him. 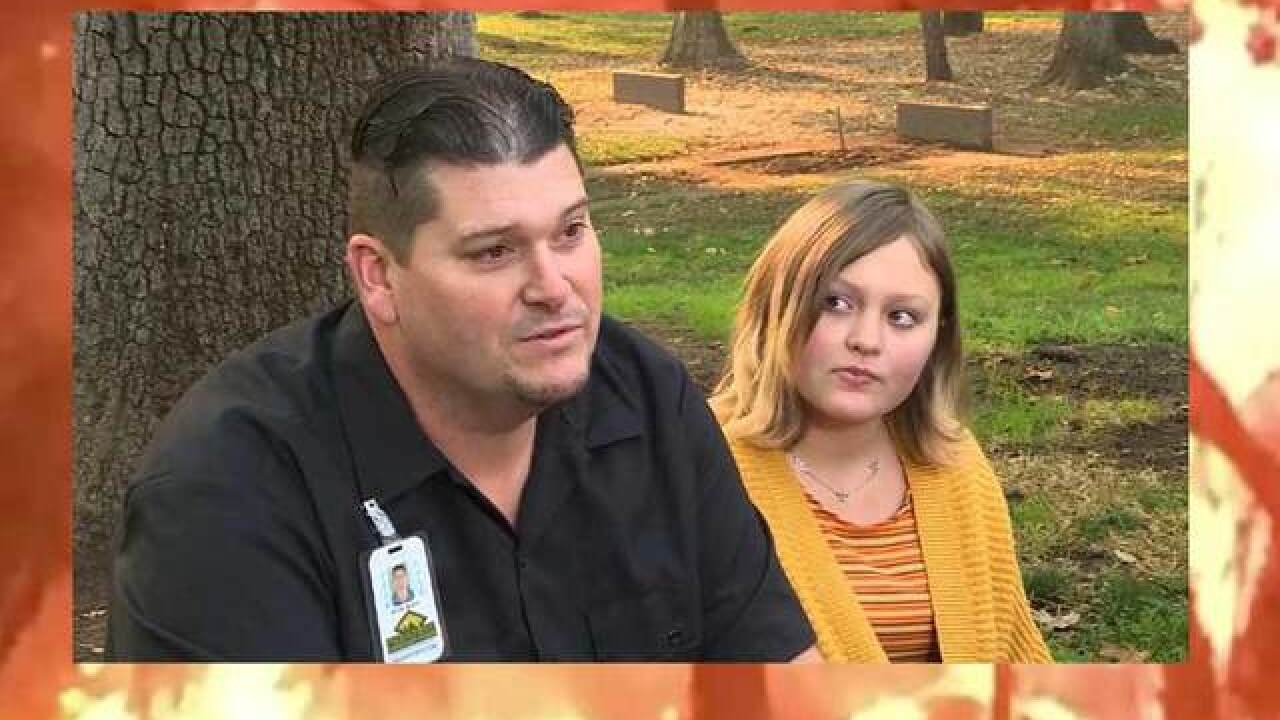 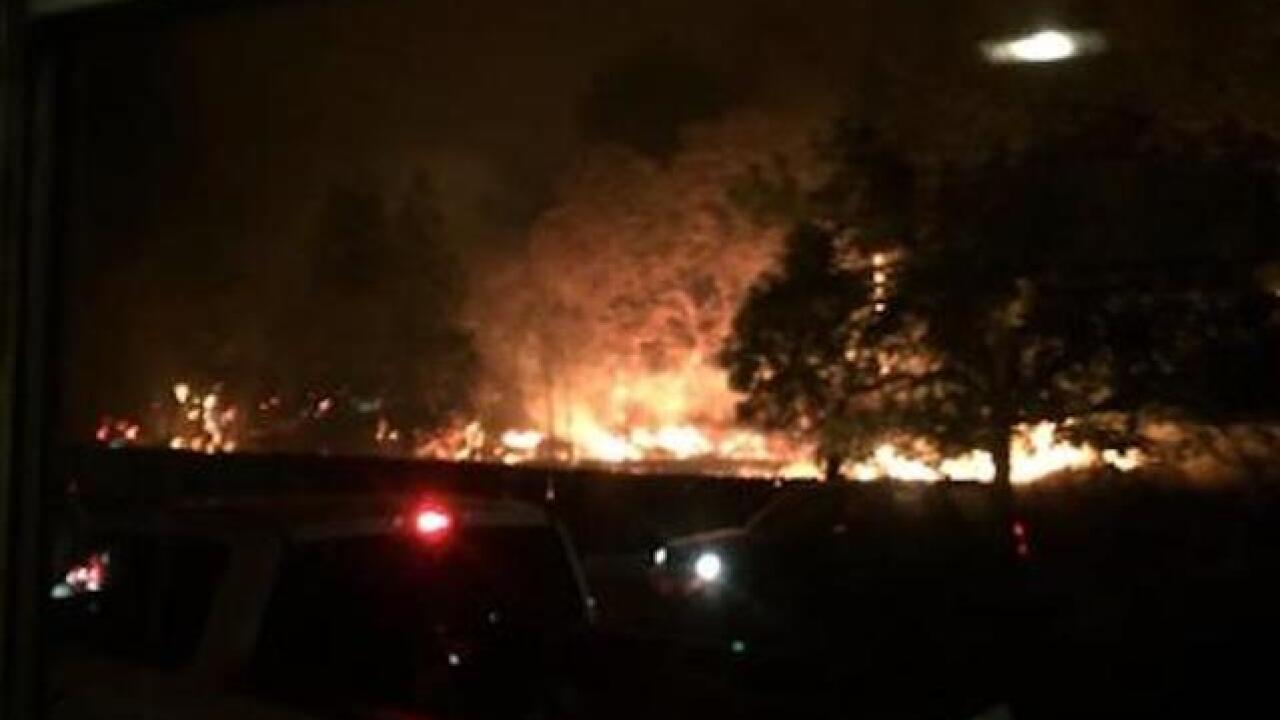 Kevin McKay drove the school bus along gridlocked, dark roads as pockets of fire burned all around. Nearly two dozen elementary school children were on board with him.

Smoke began to fill the bus, so McKay took off a shirt.He and two teachers on the bus tore it into pieces and doused them with water. The children held the damp pieces of cloth to their mouths and breathed through them.

He had only been on the job, driving the bus for Ponderosa Elementary School in the northern California city of Paradise, for a few months. Now, McKay was ferrying the 22 stranded children to safety as the Camp Fire scorched everything in its path. It would take five harrowing hours for them to reach safety.

The fire had broken out early on the morning of November 8, around 6:30 a.m., forcing many to evacuate Butte County.

McKay, 41, grew concerned early on. He had seen wildfires before, he said. "But the fact that it was coming down in 1,000 places, it was unheard of," McKay told CNN in an interview Sunday in a park in Chico, a city southwest of Paradise.

He saw flames approach the school in both directions.

His son, mom and girlfriend had already evacuated to a hotel in Chico that morning. "That freed me up to focus completely on this terrifying situation," McKay said.

Family members of most other students had already picked up their children.

But nearly two dozen students were stranded because their family members hadn't made it to the school. McKay discussed evacuating the students with Ponderosa's principal.

Abbie Davis, a 29-year-old kindergarten teacher at Ponderosa, and Mary Ludwig, 50, who teaches second-grade, evacuated with McKay and the students.

Ludwig recalled the "the sky was really menacing."

"It was very scary. It felt like Armageddon," she said Sunday.

"It just kind of looked like we'd be headed into Mordor," McKay recalled, referring to the realm of the evil lord Sauron in the "Lord the Rings" books and films.

As they drove away from the school on roads thick with smoke, the bus became stuck in the gridlock of vehicles trying to leave Paradise. Should they abandon the bus, they wondered?

As the smoke intensified, young lungs filled up. One student said they felt tired. Davis saw other kids dozing off.

The adults had to improvise. There was only one water bottle on the bus. McKay took off his shirt. They tore it up and doused the strips of cloth with water, so the students could use them to breathe properly, they recalled.

"That seemed to help," McKay said.

During the journey, McKay and the teachers also created their own emergency plan: Pair little kids with the big kids. Take roll. Get phone numbers. Review how to operate the emergency exits, first aid kit and the fire extinguisher.

Fourth-grader Charlotte Merz, 10, said she tried to stay calm and recalled "going to my happy place" on the journey.

The smoke made it hard to see. "It was so crazy, and there were fires left and right, everywhere you looked," she said.

McKay said: "That's when we realized -- it's a silly statement, but Paradise is lost."

At one point, a car sideswiped them, McKay recalled. It sounded like someone was punching the bus, Davis said. They saw other traffic collisions.

Along the way, they picked up a passenger. She was a preschool teacher from an elementary school in the nearby city of Biggs whose car had broken down.

Davis said she thought she was going to die several times along the journey. At one point, they prayed, Ludwig said.

Hours later, parents and children were reunited. McKay said Davis' husband hugged him so hard, he "damned near lifted me off the ground."

The Camp Fire is now the deadliest and most destructive fire in California history, killing 76 people and leaving more than 1,200 people still unaccounted for. The blaze had seared more than 149,000 acres as of Sunday morning, and was 60% contained.

Recounting their escape on Sunday, McKay was modest. Safety is an important part of a bus driver's role, he said, and he must have paid attention to those classes.

But Davis and Ludwig said McKay was a true hero.

"We had the bus driver from heaven," Ludwig said.