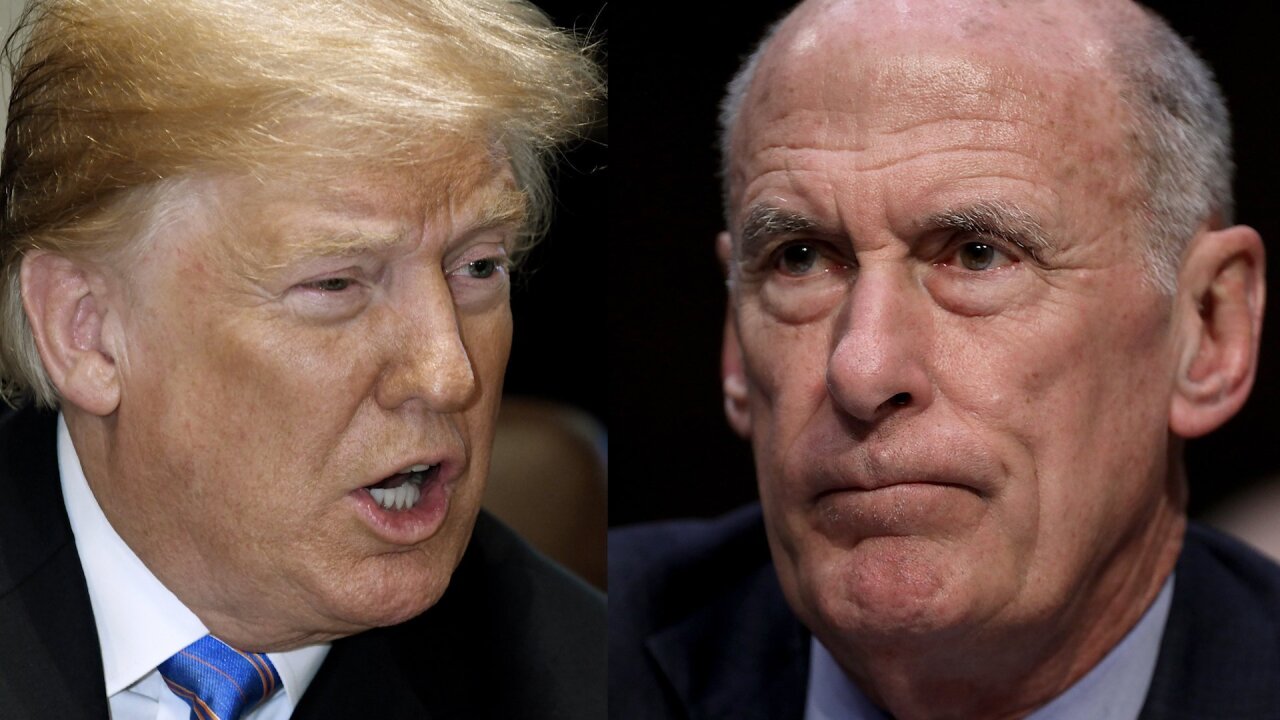 The conversations began this week in the West Wing after Trump spent the holiday weekend at Mar-a-Lago venting to friends and advisers about the director of national intelligence, renewing his gripes about Coats' testimony before Congress last month. In that testimony, Coats publicly contradicted Trump's optimistic forecast about the chances North Korea will agree to give up its nuclear weapons.

Despite the venting, Trump on Wednesday told reporters: "I haven't even thought about it." But the President has also previously denied reports of staff shakeup only to later confirm them with his actions.

Trump's weekend venting was not the first time that the President has voiced frustration with Coats, but aides were struck that Trump was still venting about the testimony that took place three weeks ago. When disagreements between Trump and Coats previously spilled into public view, Trump quickly papered over the discord and moved on.

But Trump's frustrations with Coats have once again boiled to the surface as he has turned his attention to his summit with North Korea's Kim Jong Un next week. One senior administration official said Trump worried that Coats' testimony on North Korea will be used against him next week to undercut the outcome of his second summit with Kim.

The officials stressed that the conversations about who could replace Coats are in the early stages and that Trump could ultimately decide not to fire the top intelligence official. Trump has been known to vent about top officials and threaten to fire them without ultimately taking any action. If Trump does decide to replace Coats, the officials said it would likely be a matter of months, not weeks.

Trump and Coats never forged a particularly close relationship and the President has time and again voiced frustrations about Coats, telling advisers that he considered Coats in line with other top officials who have sought to restrain him like former Defense Secretary Jim Mattis and former White House chief of staff John Kelly. But there is now a growing sense in the West Wing that Trump's relationship with Coats may finally be beyond repair.

Chris Ruddy, a friend of Trump's and member of his Mar-a-Lago club, renewed the speculation that Coats future is on the rocks when he told CNN's Christiane Amanpour in an interview Monday that there is "general disappointment of the President with Director Coats."

"There's a feeling that maybe there needs to be a change of leadership in that position," said Ruddy, who spoke with Trump over the weekend but said his information was not based on a conversation with Trump.

Separately, a source who spoke with Trump over the weekend said Trump was expressing frustration with Coats and indicated he might soon move to replace him.

The trigger point for Trump's renewed frustrations with Coats was his recent preparations for his summit with Kim, a senior administration official said.

Trump is eager to show progress in his delicate diplomacy with North Korea and his grand assertions of progress have been undercut by North Korea's failure to take any concrete, verifiable steps toward denuclearization.

Administration officials and sources close to the White House were tempering expectations for Trump's latest summit and the President himself has said he is in "no rush" to achieve his ultimate goal, but Coats public assessment about North Korea has stung.

While he noted that North Korea has stopped testing nuclear weapons and ballistic missiles for more than a year, Coats made clear in his opening statement during a Senate hearing last month that the US intelligence community does not believe North Korea intends to give up his nuclear weapons.

"We currently assess that North Korea will seek to retain its WMD capabilities," Coats said. "It is unlikely to completely give up its nuclear weapons and production capabilities because its leaders ultimately view nuclear weapons as critical to regime survival. Our assessment is bolstered by our observations of some activity that is inconsistent with full denuclearization."

Coats was in lock-step with the US intelligence community's assessments -- which Trump himself has seen -- but he fumed in the subsequent days about the press coverage of Coats and his fellow intelligence officials comments, which contradicted Trump's public assertions. And Trump now worries those comments will overshadow his effort to sell his second summit with Kim next week as a success.

Compounding it all is that it was not the first time Trump has felt publicly undermined by Coats.

After Trump emerged from his one-on-one meeting with Russian President Vladimir Putin in Helsinki last summer, Coats said he would have advised Trump against the private meeting but had not been consulted. And he also made clear he still did not have a full picture of the conversation that took place between the two leaders.

When the White House announced that Trump was inviting Putin to the White House while Coats was on stage at a public event, the director of national intelligence did little to hide his true feelings.

"Say that again?" Coats said, laughing incredulously when the news was relayed to him on stage.

"That's going to be special," he added.