What does defunding the police really mean?

The phrase has become a rallying cry 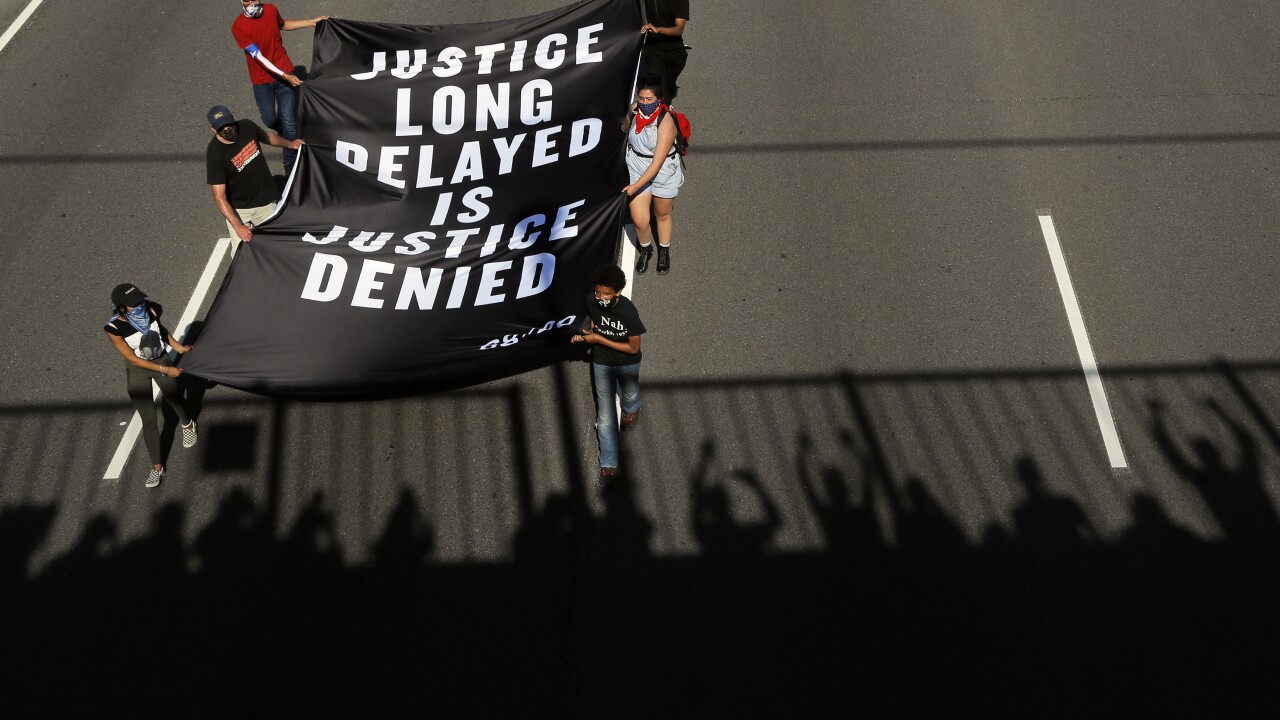 Copyright 2020 The Associated Press. All rights reserved
Julio Cortez/AP
Demonstrators march along an interstate highway Sunday, May 31, 2020, in Minneapolis. Protests continued following the death of George Floyd, who died after being restrained by Minneapolis police officers on May 25. (AP Photo/Julio Cortez)

What does defunding the police really mean?

From Los Angeles to Minneapolis to New York City advocates are pushing for widespread police reform in the form of reduced police budgets.

HOW MUCH WILL BE CUT?

So far, American cities are taking a slow approach to the demands of advocates.

Leaders in Minneapolis, the site of George Floyd's death, have called for the most significant changes with City Council agreeing to dismantle its police department.

New York City's Comptroller has called on the Mayor to cut the NYPD by $1.1 billion over the next four years.

WHERE DO ADVOCATES WANT THE MONEY TO GO?

In short, leaders in the Black Lives Matter movement want the money currently allocated to police to be re-invested in communities instead.

That could take the shape of city development in an often forgotten part of town or in mental health awareness campaigns. Homeless outreach and improved educational opportunities have also been mentioned.

NPR recently profiled an effort in Eugene, Oregon, that dispatches social workers to certain emergency calls instead of officers. Advocates support measures like that as well.

You can't have a discussion on defunding police without exploring the possibility that crime could increase.

But there is evidence that crime can actually go down with fewer police officers.

A 2017 study found that when NYPD reduced its proactive policing polices in 2015 and 20`14, the number of criminal complaints filed actually decreased in New York City.

The Fraternal Order of Police though disagrees.

Sgt. Robert Pride, who met with President Trump at the White House this week, said he believes more officers would want to leave law enforcement if major programs were defunded.

"That's not a profession I want to be apart of," Pride said.

WILL THIS ACTUALLY HAPPEN?

Police reform has been talked about before but never on this scale.

It will also depend on whether the political pressure on city councils and mayors across the country continue.

The "defund" movement is likely in its very early stages.