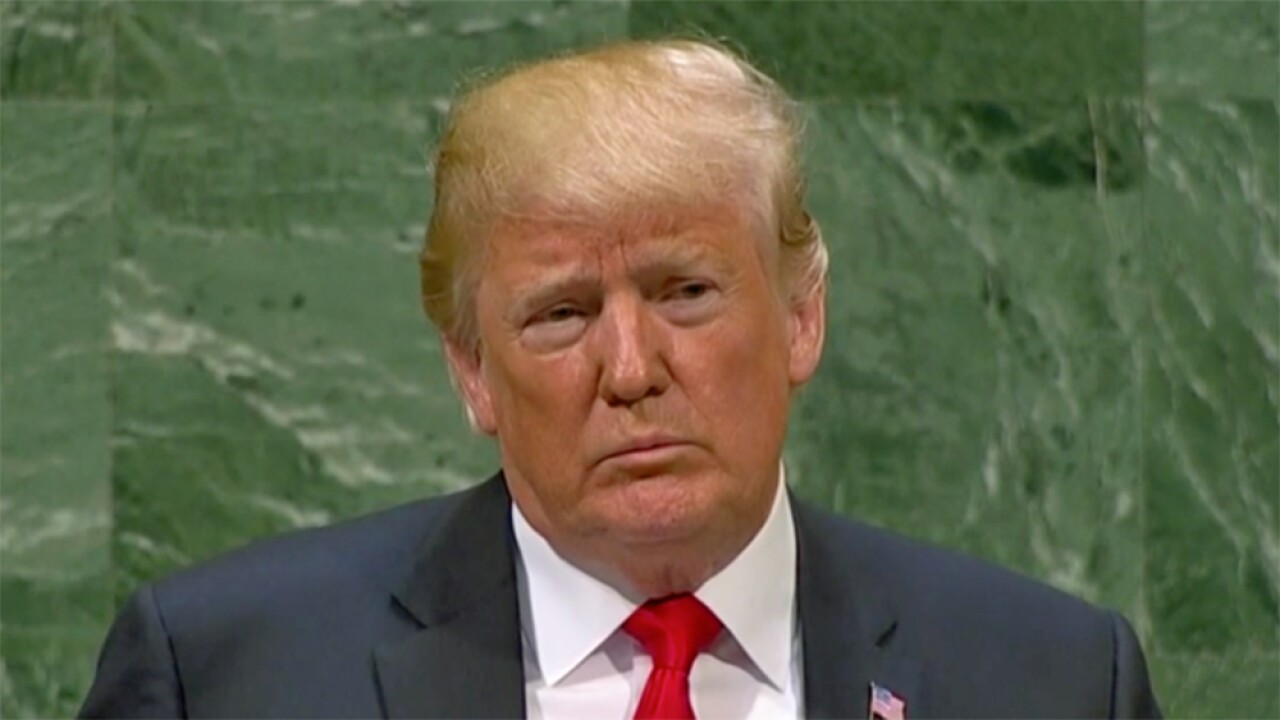 President Donald Trump is expected to issue an executive action Thursday directing the Commerce Department to obtain citizenship data through means other than the U.S. census, according to two people with knowledge of the plan.

These people said Trump is expected to table his effort to add a question about citizenship status to the 2020 census, setting aside his demands last week to continue pursuing the issue despite a Supreme Court order blocking it.

Trump tweeted Thursday morning he would be holding a press conference in the Rose Garden in the afternoon about "the census and citizenship."

The White House will be hosting a very big and very important Social Media Summit today. Would I have become President without Social Media? Yes (probably)! At its conclusion, we will all go to the beautiful Rose Garden for a News Conference on the Census and Citizenship.

The Supreme Court late last month blocked a citizenship question from being added to the 2020 census.

The bitter controversy centers around whether the administration can ask all recipients a citizenship question on the 2020 census for the first time since 1950 -- a move that could impact the balance of power in states and the House of Representatives, which are based on total population.

Adding the question, critics say, could result in minorities being undercounted by scaring off even legal residents or naturalized citizens from completing the decennial questionnaire, which is also used to determine funding for an array of government programs.

Key Republican senators said Thursday they have not been briefed by the White House on the contours of Trump's action.

Senate Commerce Committee Chairman Roger Wicker, a Republican from Mississippi who has oversight of the Census Bureau, said he has not had discussions with the White House.Democrats are already mobilizing to fight the issue.

House Speaker Nancy Pelosi said that the House of Representatives will vote next week on criminal contempt for Barr and Commerce Secretary Wilbur Ross over their refusal to answer questions about internal discussions surrounding the citizenship question.

"Next week the full house will vote on a resolution of criminal contempt for Attorney General Barr and Secretary Ross so we can enforce our subpoenas and get the facts," Pelosi said.

This comes after the House Oversight Committee voted last month to hold Barr and Ross in contempt over the dispute.

The vote has been scheduled for Tuesday, House Majority Leader Steny Hoyer tweeted later on Thursday.

Pelosi, when asked if Trump can add the citizenship question by executive action, replied: "I don't know."

Some type of direct action by Trump has been one of several avenues explored by the administration to place the question on the decennial population survey following the late June Supreme Court ruling. But any action by the President is likely to be challenged in court.

Government attorneys had asserted to the courts that the printing process -- either with or without the question -- needed to begin on July 1 to avoid extra costs.

That approach was thrown into disarray when Trump abruptly changed course last week, ordering officials to find another way to add the question -- something the Supreme Court left the door open to in its ruling.

White House and Justice Department officials spent the Independence Day holiday considering ways to include the question.It was not immediately clear how the administration would implement the addition of the question to the census forms and the cost of the move.

It could, for example, reprint the forms that have been printed without the question, or print a supplemental page. Any move to simply order the citizenship question added would be met with swift legal action.

Even though it is not in session, the Supreme Court would be able to respond to any pressing litigation related to a citizenship question on the 2020 census.

The nine justices often handle emergency requests, such as motions from prisoners facing execution, while on recess and out of their columned building across from the Capitol. The justices conduct business through telephone conversations and emails, as well as through information relayed to their law clerks and other court personnel. Some justices, however, had public plans to travel overseas later this month.

Through George Mason University law school programs, Brett Kavanaugh is scheduled to be in England and Neil Gorsuch in Italy.

Chief Justice John Roberts, who would oversee the handling of any requests for immediate court action, usually spends some weeks each summer at his vacation home in Maine.

The issue also faces ongoing action in the lower courts. There is already a motion asking federal Judge Jesse Furman in New York to totally prohibit the administration changing the census or adding the question in any way.

A Census Bureau official said during a trial last year that the form could be finalized after June, and as late as October, but only if "exceptional resources" were provided. He did not specify a dollar figure.

Legal maneuvering is expected to stretch through the summer in two federal trial courts.

The New York court is set to hear arguments from critics of the question that the government should be sanctioned.

In Maryland, a judge recently reopened the trial after an ACLU-led group presented what they say is new evidence the question was proposed with discriminatory motives. A hearing on the evidence is scheduled for after the Labor Day weekend.