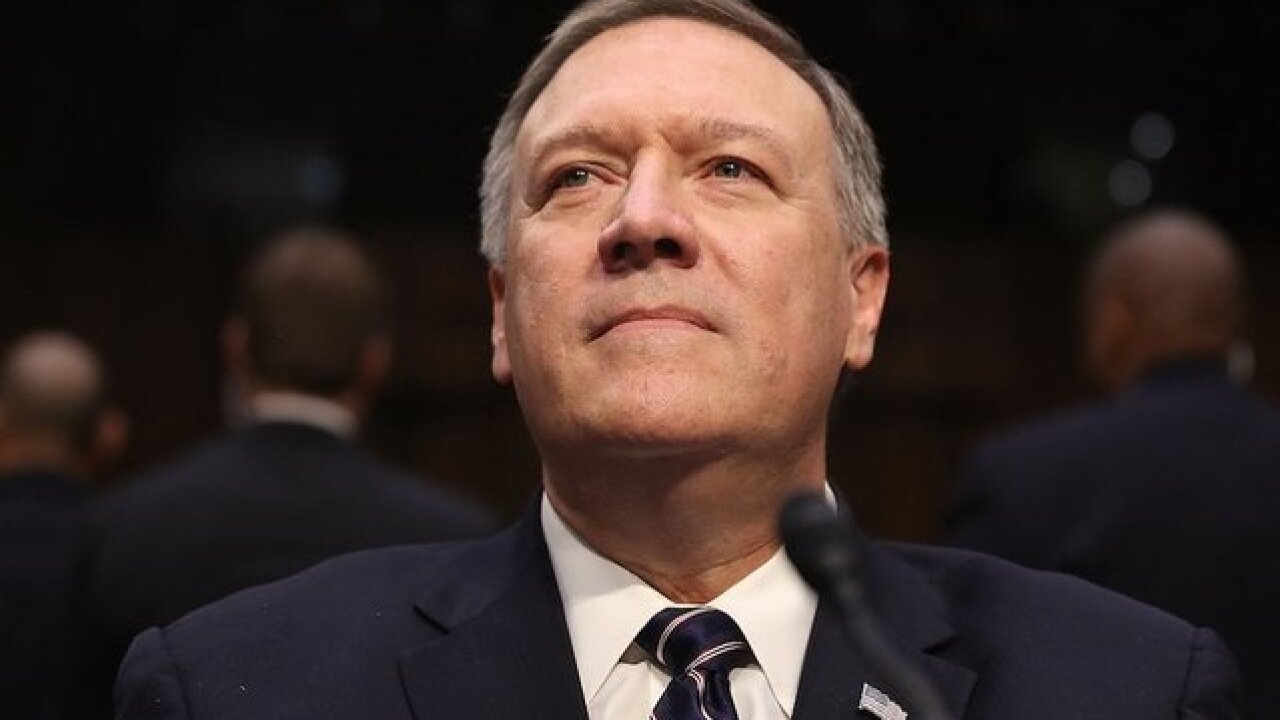 © 2018 Cable News Network, Inc.
&lt;p&gt;Amid international anger about the Trump administration's trade tariffs and images of children separated from their parents at the southern US border, Secretary of State Mike Pompeo told CNN that he has no concerns about potential fallout.&lt;/p&gt;

Amid international anger about the Trump administration's trade tariffs and images of children separated from their parents at the southern US border, Secretary of State Mike Pompeo told CNN that he has no concerns about potential fallout.

"I am not at all concerned that anyone in the world can look at the United States and understand it to be anything but a beacon of hope, democracy and freedom," Pompeo said in an exclusive telephone interview marking his first two months in office. "We have a long history of that and it has continued under the Trump administration."

In embracing and promoting the Trump agenda, some of which diverges from the traditional concepts of US leadership he embraced as a congressman, Pompeo underscored his loyalty to the President and his vision.

A seasoned politician, Pompeo's comments reflect a recognition that his future success as secretary of state rests in large part on being in lockstep with the President - a lesson his predecessor Rex Tillerson did not learn. That loyalty has won him tremendous credibility with Trump. It remains to be seen whether it will generate the political capital and room to maneuver that Pompeo will need as he tackles a world's worth of challenges.

In Sunday's telephone call, he was upbeat and dismissed concerns about the furor over the Trump administration's decision to levy tariffs against allies and pursue policies that resulted in family separations at the border.

The United States' longstanding record on trade and humanitarian issued outweighs any short-term damage to its image caused by pictures of children separated from their parents at the border, he insisted.

"I have the amazing blessing of being the foreign minister for the most generous nation in the history of civilization," Pompeo told CNN.

In explaining his "zero tolerance" policy, Trump recently accused illegal immigrants of "invading" America -- even though the State Department has noted the dangers posed by violence and crime in Central American countries such as Honduras and El Salvador, sources of some of the largest migrant flows at the southern US border.

The department warns Americans against traveling there.

Pompeo said the State Department and other agencies were working to address the root causes of that migration, intensifying their efforts to "create conditions on the ground so that they won't make this long, arduous and often perilous trek up into Mexico to attempt to get into the United States."

When he took the helm at Foggy Bottom in April, Pompeo inherited a State Department with low morale and depleted staff that was being edged out of its integral role in US foreign policymaking. Under Tillerson, there had been an extended period of disconnect with the White House that at times broke out into open hostility, with unnamed administration sources charging that the agency's career staff belonged to the "deep state."

Pompeo has pledged to turn that around. He has been able to reassert the State Department's central role in policymaking on issues like Iran and Asia. Since taking office on May 2, he has made a push to fill several vacant top positions and ambassadorships. He said he expects to bring on additional staff this summer.

Pompeo tapped US ambassador to the Philippines Sung Kim to lead negotiations with the North Koreans in advance of the historic June 12 summit between Trump and North Korean leader Kim Jong Un.

"We did great work," Pompeo said. "The team was fantastic in Singapore helping the president execute that mission."

Though last month's summit between Trump and Kim produced only a broad statement of principles, Pompeo, who already has two trips to Pyongyang under his belt, said he found Kim "unequivocal" in his intent to abandon his nuclear ambitions.

Pompeo says he shares Trump's belief that calculus inside the isolated regime has shifted toward abandoning its nuclear ambitions in favor of economic and political security.

The secretary declined to put a deadline on how long he will give North Korea to demonstrate it is serious about dismantling its nuclear program. With Pompeo's international legitimacy now tied to the outcome of diplomacy with Pyongyang, it's unclear how long he can credibly make the assertion Kim has made the "strategic choice" to engage in good faith without tangible signs of progress.

But Pompeo argued that because Kim, like Trump, is "the (sole) decision maker," the framework reached in Singapore between the leaders put the two countries on a path to success.

Looking forward to Trump's appearance at a July meeting of the North Atlantic Treaty Organization, Pompeo said the State Department team was coming together to make that summit a success as well. "I would say the same in the preparation in the work we are doing in preparation for the NATO summit -- all the kinds of things that gets the team excited about the work they came to the State Department to do."

Pompeo will accompany the President next month to Europe for the NATO summit in the heat of a trade dispute with Europe and Canada. That meeting will take place after a G7 meeting in June that ended with Trump tweeting insults about the host, Canadian Prime Minister Justin Trudeau, slamming the policies proposals of G7 allies as "fool trade," and refusing to sign the joint communique issued at the summit's close. German Chancellor Angela Merkel described the President's actions as "depressing."

For many of America's closest allies, Trump's announcement that he would slap steel and aluminum tariffs on the EU, Canada and Mexico, and his harsh criticism of those countries, has world leaders now openly questioning the reliability of the United Sates.

NATO members fear the summit will be a reprise of last year's gathering, where Trump scolded leaders over burden sharing and downplayed the importance of the transatlantic alliance.

Pompeo downplayed talk of a rift between the US and Europe, calling it "most overstated." He said that while concerns about US actions may pose "challenges," they are "in line with the kind of discussions that the United States and Europe have had for decades."

Pomepo said he spoke with "great frequency" with his Canadian and European allies in which the conversations are "aimed at achieving a shared set of objectives. "

"There are so many things where we share common values and common concerns," he said. "But in the end, the traditional value-driven alliance between Europe and the United States, that transatlantic alliance will remain strong as it has for coming on 70 years now."

A meeting with Putin

Russia is another irritant in the US-Europe relationship. In the run-up to the G7, Trump suggested Moscow be allowed back into the club of advanced economies, despite its refusal to relinquish the annexed territory of Crimea or leave eastern Ukraine. Both issues are red lines for Europe, but Trump is expected to meet with President Vladimir Putin soon after the NATO summit.

Pompeo dismissed the idea that Russian election meddling was primarily to blame for the strained ties between Washington and Moscow, pointing to several other issues.

Trump has said he believed Putin's claims during their last meeting that Russia did not interfere in the 2016 presidential election, but Director of National Intelligence Dan Coats said earlier this month that Moscow was "attempting to influence the midterm elections in United States in November."

"Make no mistake, President Trump agrees Russia interfering in our election is something they simply cannot do," Pompeo said, referring to the midterms elections. "I don't think he would take any umbrage with that."

But Pompeo said the continued Russian meddling was only one of several issues preventing improved ties between Washington and Moscow.

"To say there is a single issue that has caused there to not to be a warm relationship between the two countries is a misnomer," Pompeo said. "Whether it's the battlefield in Syria, the situation in Ukraine, the Russians' active measures, I am sure there are many topics that President Trump and President Putin will discuss and each of them is important to trying to put the relationship back in place with a common set of understandings,"

"The Russians, unlike the Europeans, don't share our value set. It's a different conversation," Pompeo added. "But it is still a conversation worth having."