Worker becomes stuck behind a Bank of America ATM in Corpus Christi, Texas 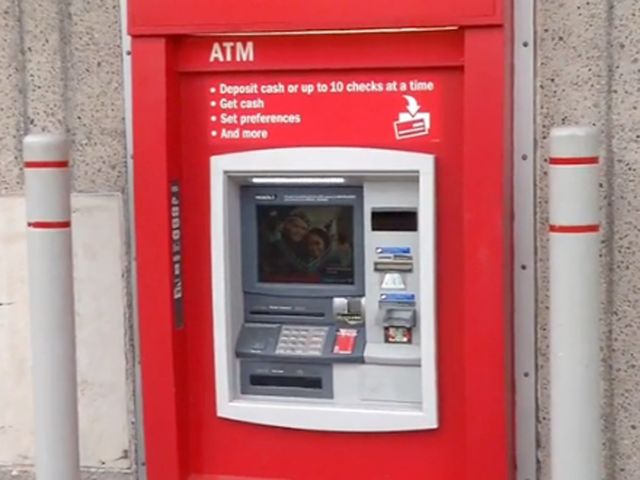 &lt;p&gt;Police say a contractor in Texas was working on changing a lock inside a room that connects to the ATM when he became stuck inside, resorting writing a note and slipping through the ATM for help!&lt;/p&gt; 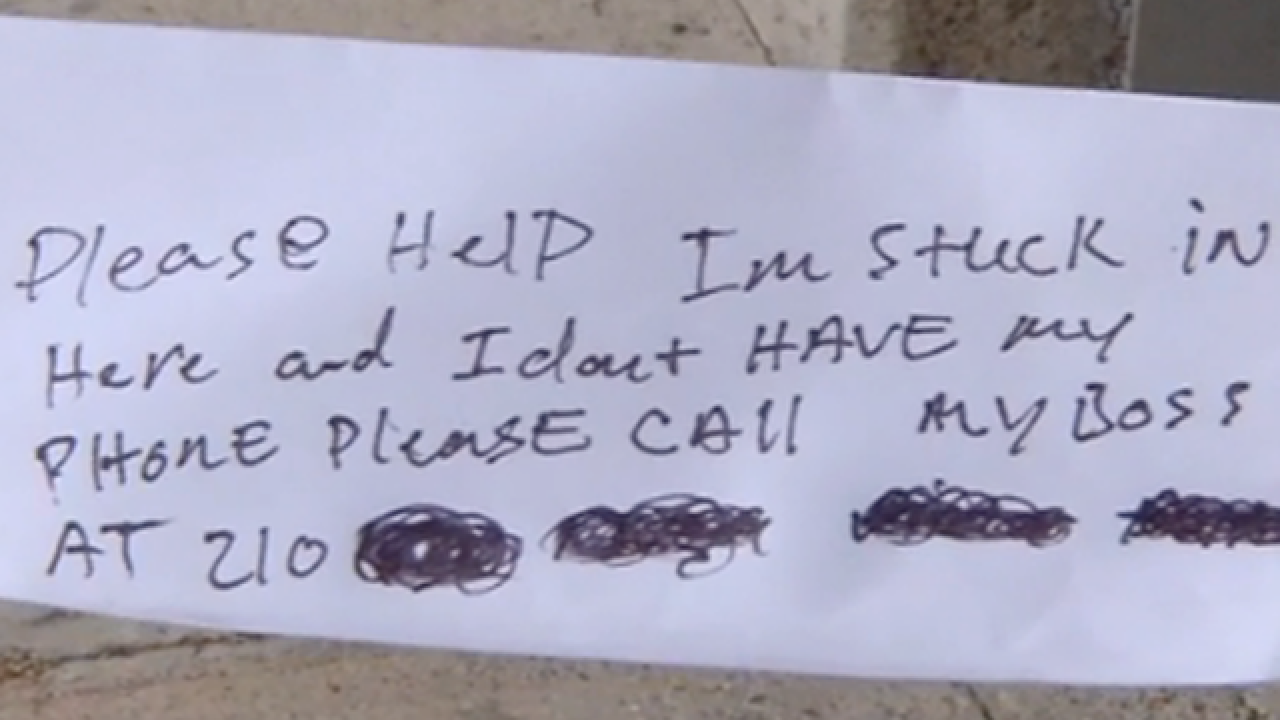 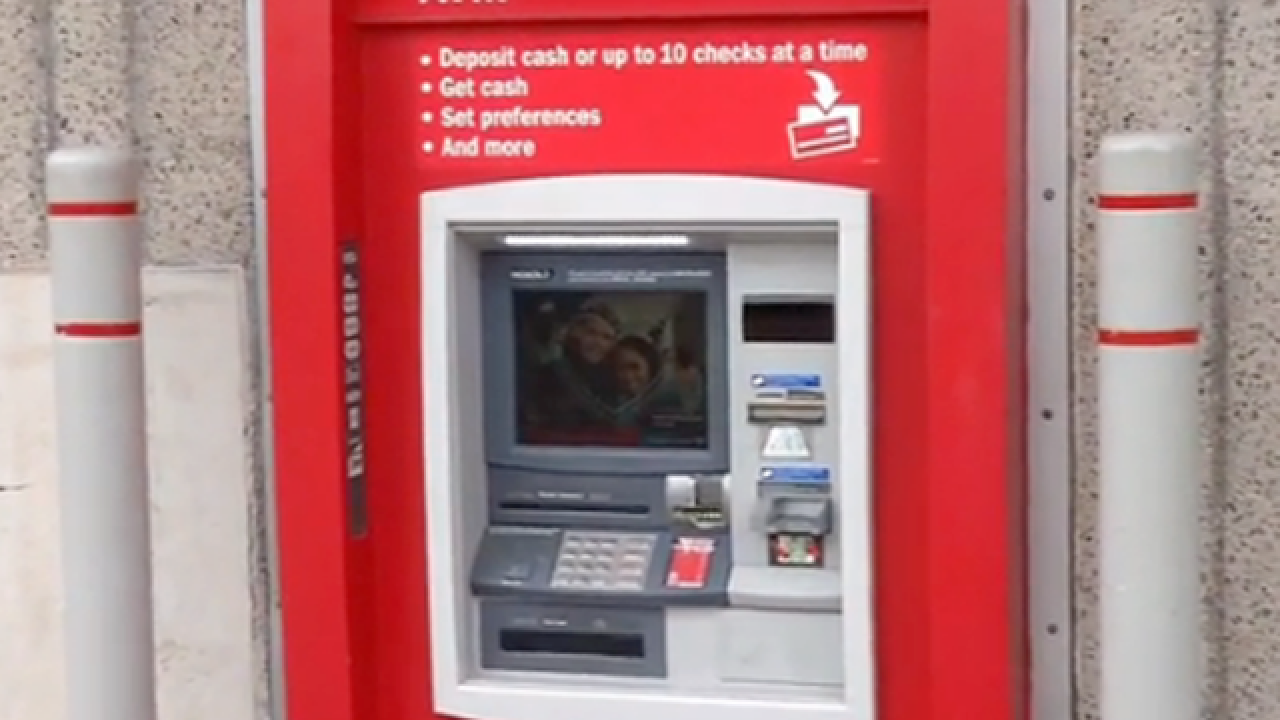 CORPUS CHRISTI, TX-- What began as routine maintenance work on an ATM turned into quite a predicament for a Texas man.

A contractor got stuck inside the machine at a bank that's being remodeled in Corpus Christi. And he didn't have his cell phone.

"We have a once in a lifetime situation that you'll probably never see or hear about again," said Officer Richard Olden with the Corpus Christi Police Department.

Banking on some good luck, the worker tried to get the attention of customers using the ATM. And that included passing "help me" notes through the receipt slot of the machine.

Some people thought it was a joke. But thankfully, someone finally called the police.

"Sure enough, we can hear a little voice coming from the machine, so we're all thinking this is a joke, it's gotta be a joke," Olden said.

Police quickly realized the guy really needed help, kicked in the door, and literally withdrew him from the ATM room.

"But you'll never see this again in your life, that somebody's stuck in the ATM machine. It was just crazy," Olden said.

I got a #HelpMe note from the ATM, I wanted 20 bucks. CCPD to the rescue. https://t.co/o5FecfE7iv