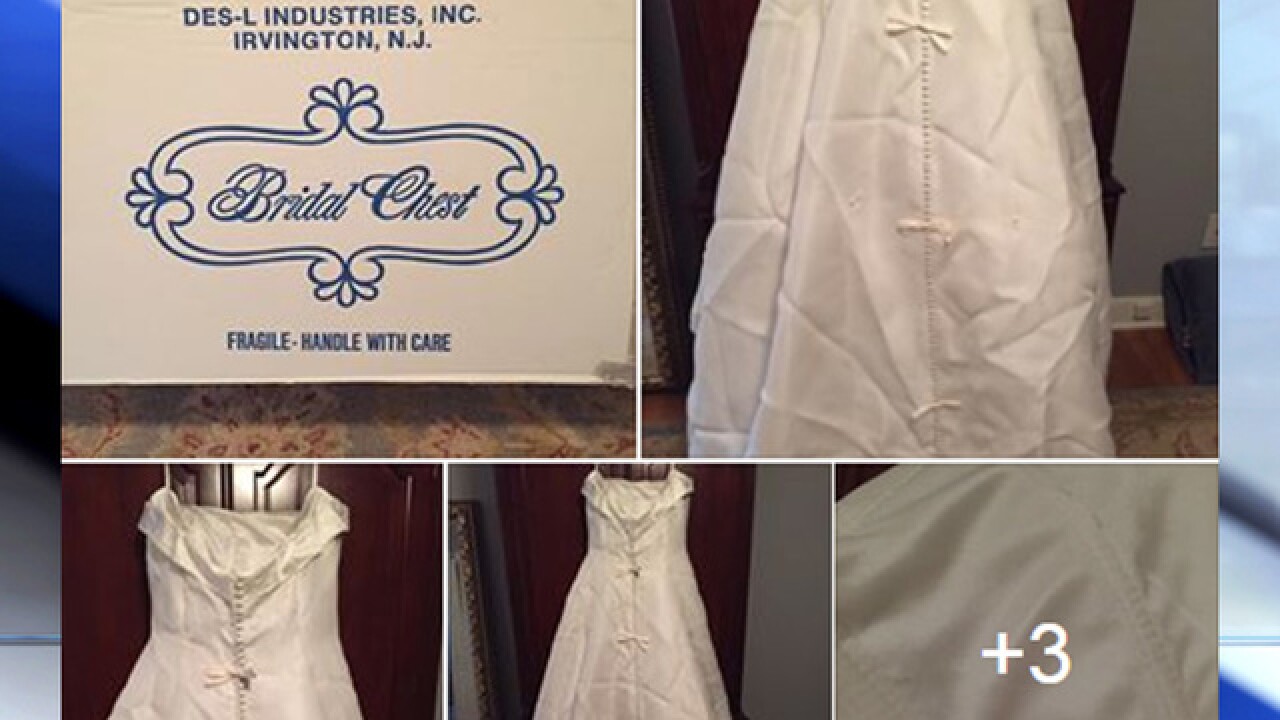 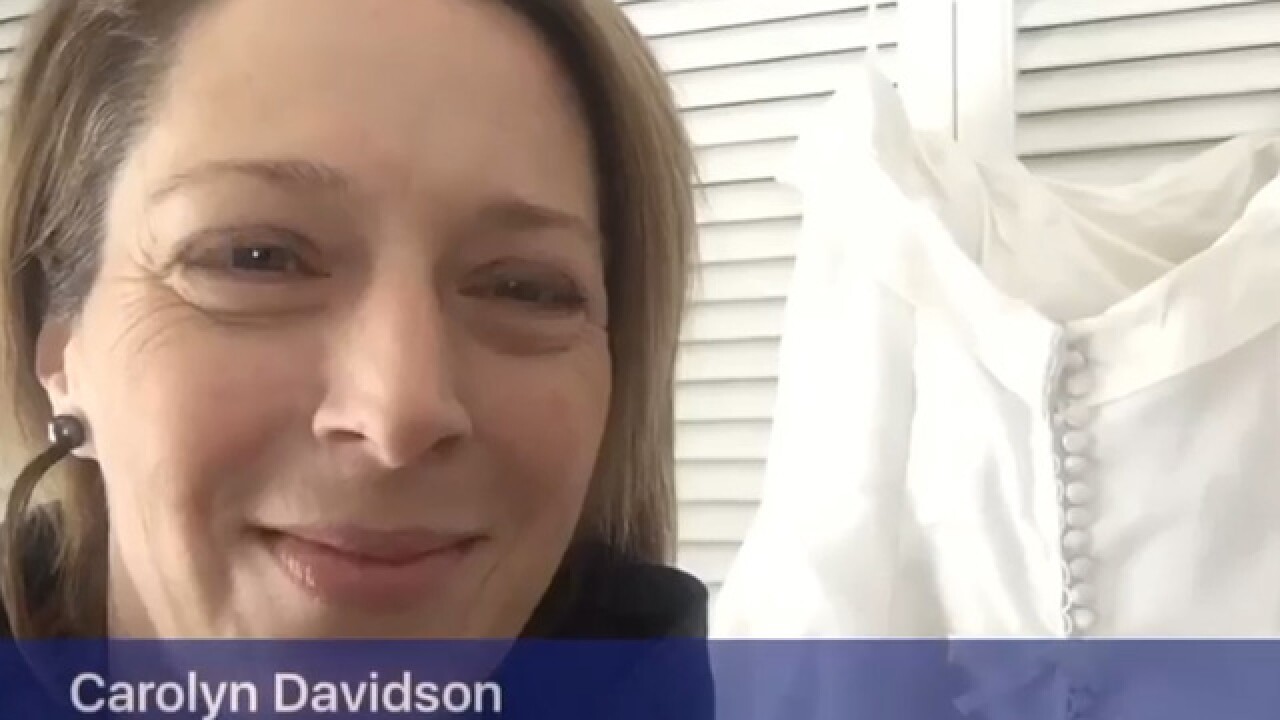 Twenty years after getting married, a Virginia woman realized that the wedding dress that she had cleaned and preserved was not hers. Now she has turned to social media to help solve the mystery.

Carolyn Davidson had the idea to try on the gown after twenty years as a way to celebrate her anniversary in December. But when she opened the box, for the first time, she discovered she had been given the wrong dress.

"I had gotten the idea that I would try on my dress again, and then wear the jacket out to dinner with another dress I had found," she wrote on Facebook. "I was so excited that I called our son upstairs to look with me as I opened it up. I saw the jacket on top and smiled. I started to pull the dress out. Then my smile went to something more like this shape: 0 The dress in the box with my jacket, veil, and undergarments.....is not my dress. It is a beautiful dress. But not mine."

Now Davidson is hoping to find the dress' rightful owner. She wonders if the woman has a daughter who will one day want to walk down the aisle in her mother's dress.

She is asking people to share her post, addressed "To the good and kind people of Facebook," in the hopes that she can reunite the dress with its owner.

"I would be lying if I said I am not hoping the other woman opens her box and finds my dress," she wrote "Let's face it. That would be the proverbial icing on the (wedding - haha) cake. But truly, I just want to get this dress back to the rightful owner. Please help me find her!"