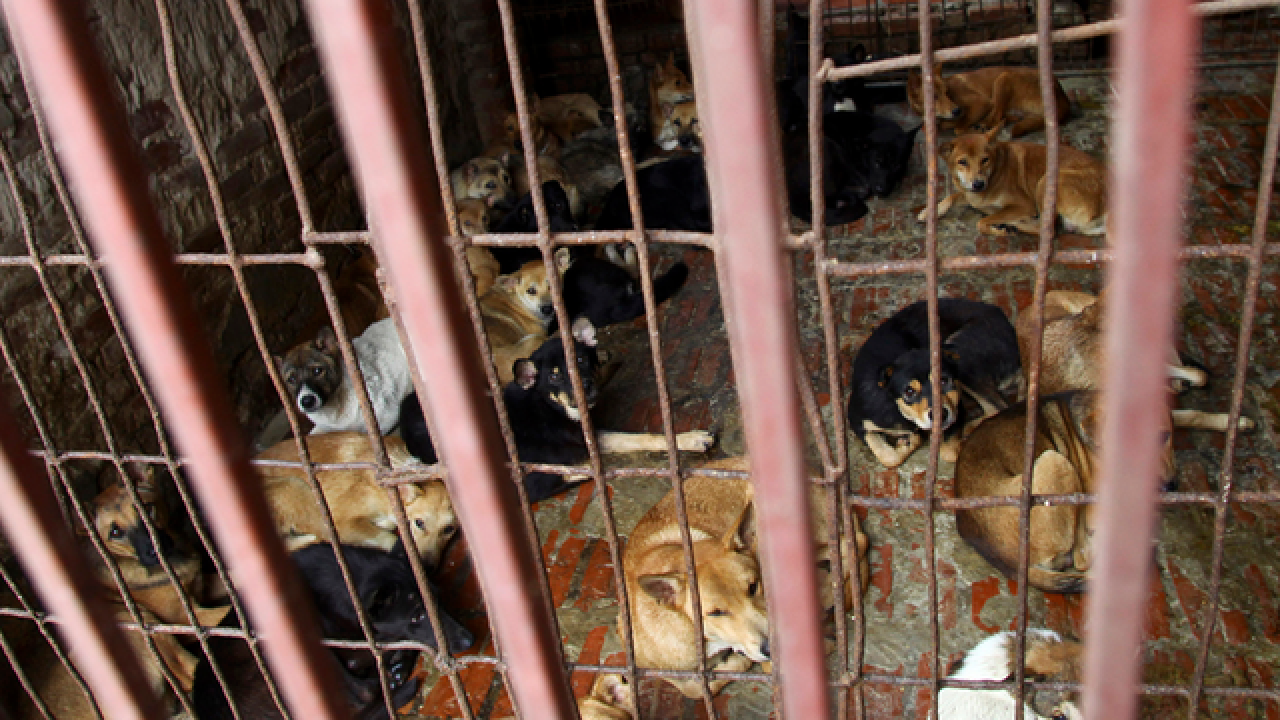 Copyright Associated Press
&lt;p&gt;In this Oct. 3, 2011, file photo, dogs are kept in a cage of a wholesale supplier of live dogs, one of the biggest in town, in Hanoi, Vietnam. Authorities in Vietnam's capital on Tuesday, Sept. 11, 2018, are urging residents to stop eating dog meat because it hurts the city's image and improper raising of the animals could spread rabies. (AP Photo/Na Son Nguyen, File)&lt;/p&gt;

HANOI, Vietnam (AP) — Authorities in Vietnam's capital are urging residents to stop eating dog meat because it hurts the city's image and improper raising and slaughtering of the animals could spread rabies.

For many Vietnamese, dog meat is a delicacy that is thought to increase stamina.

Hanoi Vice Mayor Nguyen Van Suu said in a message published Tuesday on the city's website that slaughtering and consuming dog and cat meat are disturbing to foreigners and "negatively impact the image of a civilized and modern capital."

Suu instructed local governments to raise awareness of the risk of rabies when raising dog and cat meat.

The move is part of a national program to stamp out rabies by 2021.

Nguyen Thi Minh, who has run a dog meat restaurant in Hanoi for more than 20 years, said there are no risks of rabies because her restaurant selects healthy dogs and the meat is properly cooked.

"People eat dog meat and there's no problem," she said. "I serve customers from South Korea, the United States and other countries."

Officials say there are 493,000 dogs and cats in Hanoi, of which more than 10 percent are raised for commercial purposes.