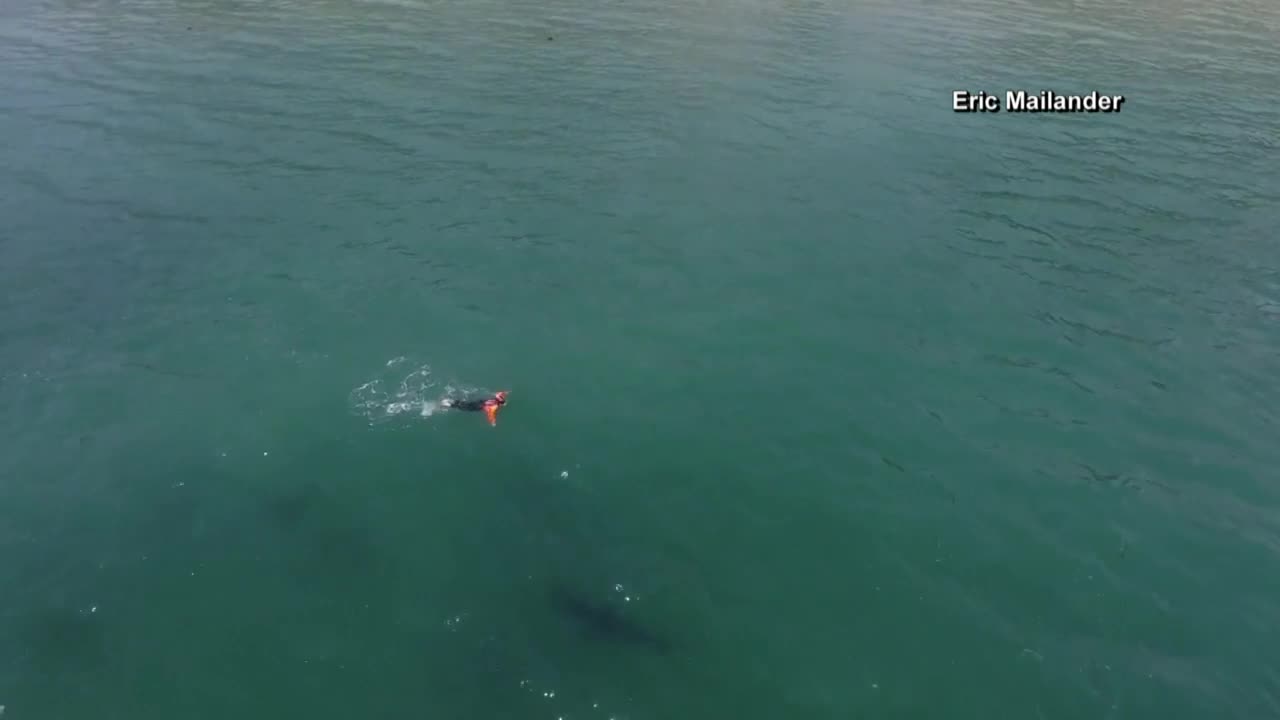 A swimmer is caught on camera as a shark can be seen lurking just beneath the surface. Courtesy : Eric Mailander via NBC NewsChannel. 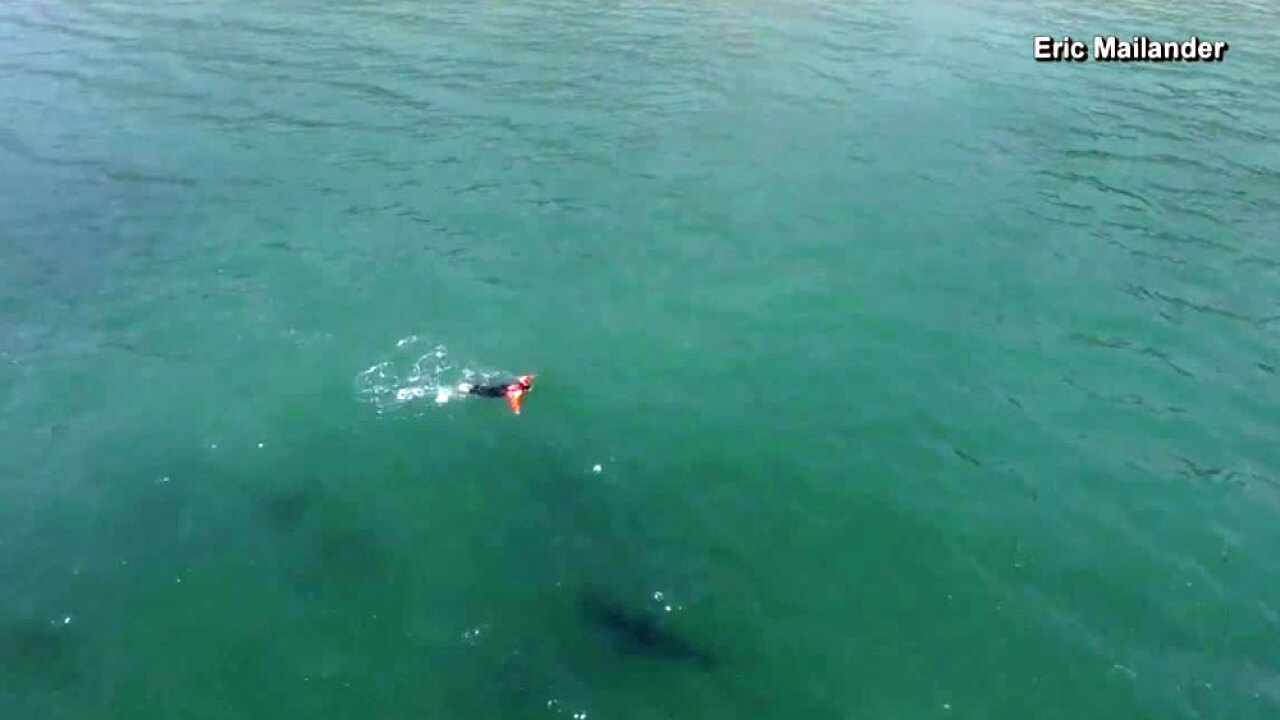 SANTA CRUZ COUNTY, Calif.-- A swimmer's close encounter with a shark off the California coast was caught on camera.

A drone with a camera recorded a swimmer in Santa Cruz County with what appears to be a great white lurking just below the surface.

He says the shark looked to be minding its own business.

RELATED: An American woman was killed in a Bahamas shark attack while snorkeling with her family

He says he let the swimmer know that there was a large shark in the water, and that there were plenty of shark warning signs are posted nearby.