Video of toddlers running toward each other, hugging charms the internet 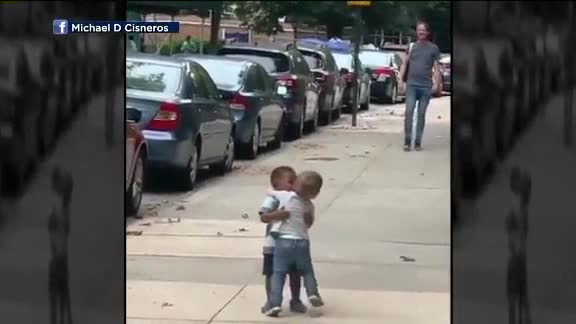 It's being called the toddler hug seen and heard around the world. 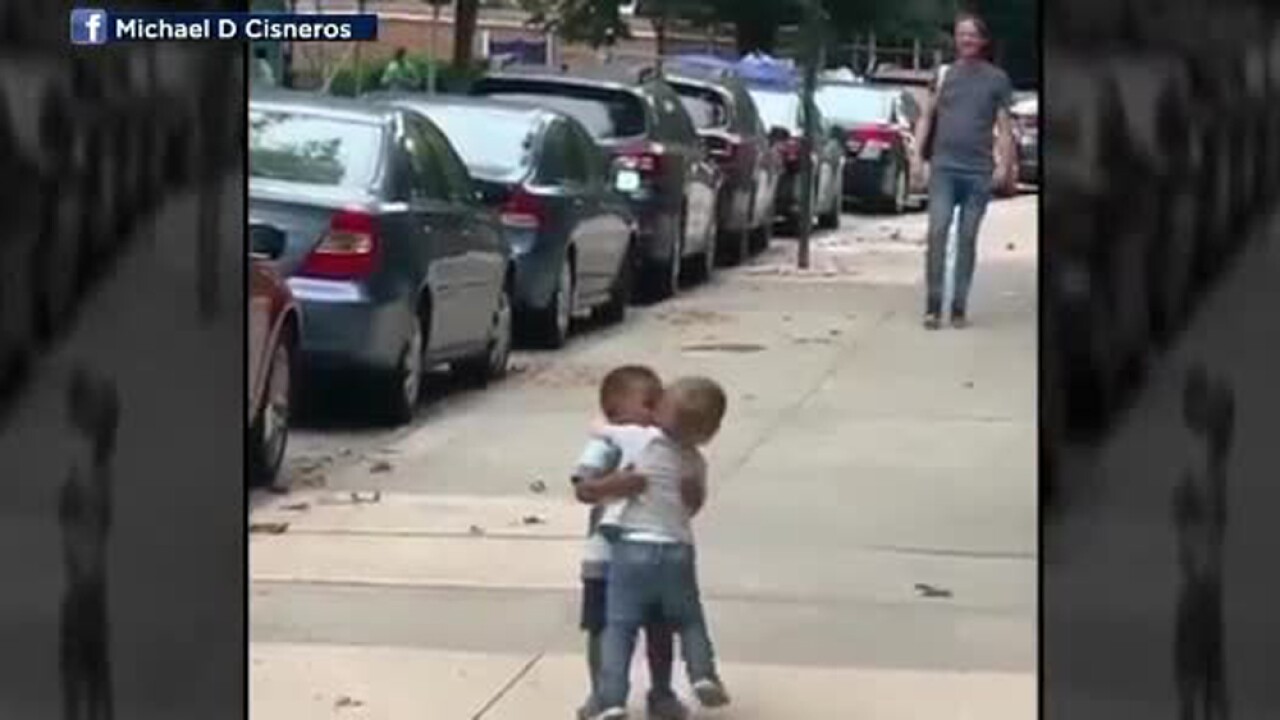 NEW YORK — It's being called the toddler hug seen and heard around the world.

The video is now lighting up social media! It shows 26-month-old Maxwell and 27-month-old Finnegan, best friends for more than a year.

The video captures their pure joy at the sight of one another on the street. Running to give each other a hug much bigger than their size. The innocence of it all is exactly why it’s going viral.

“They just took off towards each other and I got my phone out as quickly as I can to record it they are just too cute together,” said Michael Cisneros, Maxwell's dad.

Cute is an understatement. Cisneros says he’s not normally one to post private things on Facebook but explains why he decided to in this case.

“With all the racism and hate going on, I just think it’s a really beautiful video,” said Cisneros. “The reason it’s getting attention is with a little black boy and a little white boy, but if it can change someone’s mind or their view on things, then it’s totally worth it.”

At last check, it’s received more than 400 shares and 10,000 views. The comments are mostly positive, but there are some naysayers.

“There’s also comments on there that it was staged. Definitely not staged it’s just a lucky moment that I caught it on camera,” said Cisneros. “Now with all the attention it’s getting, it’s just a great story to tell him when he’s older.”

The pint-sized best friends have known each other for over a year now. It’s a special relationship and their parents are good friends as well.

“There’s not anyone else that comes close to Finnegan status in Maxwells eyes,” said Cisneros. “It’s great to spread the love and to show that kind of love and beauty in the world.”