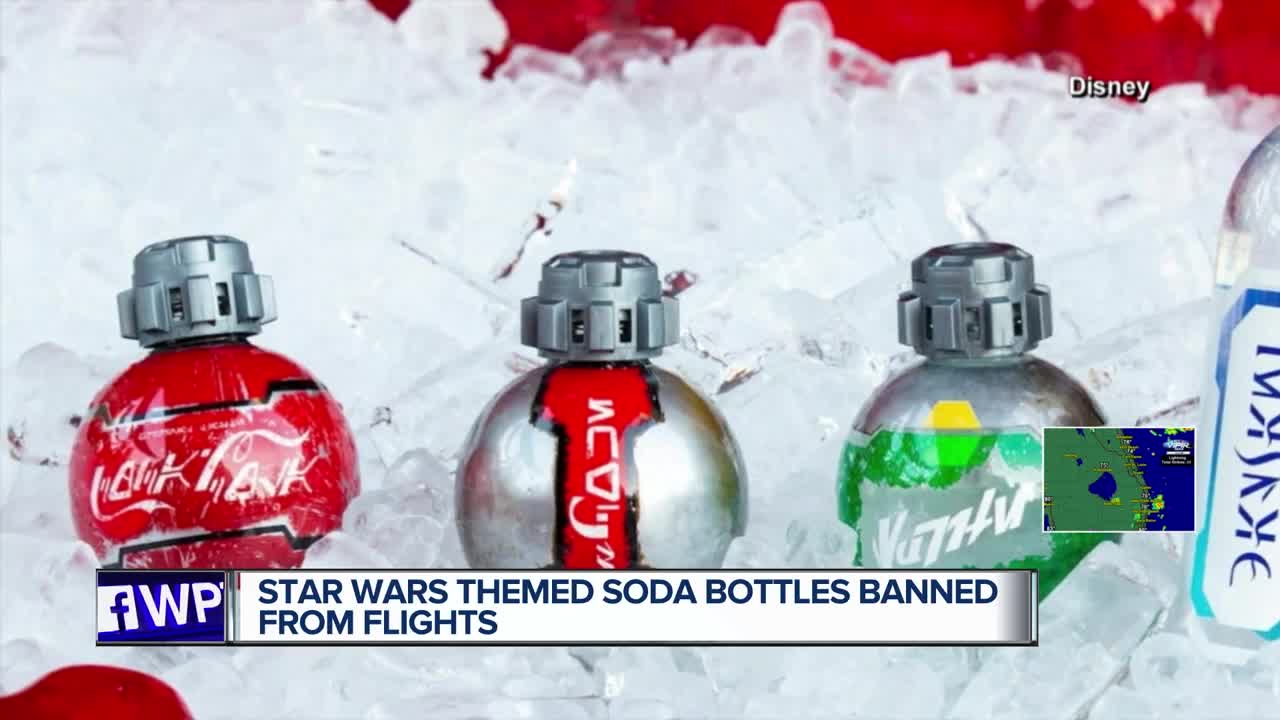 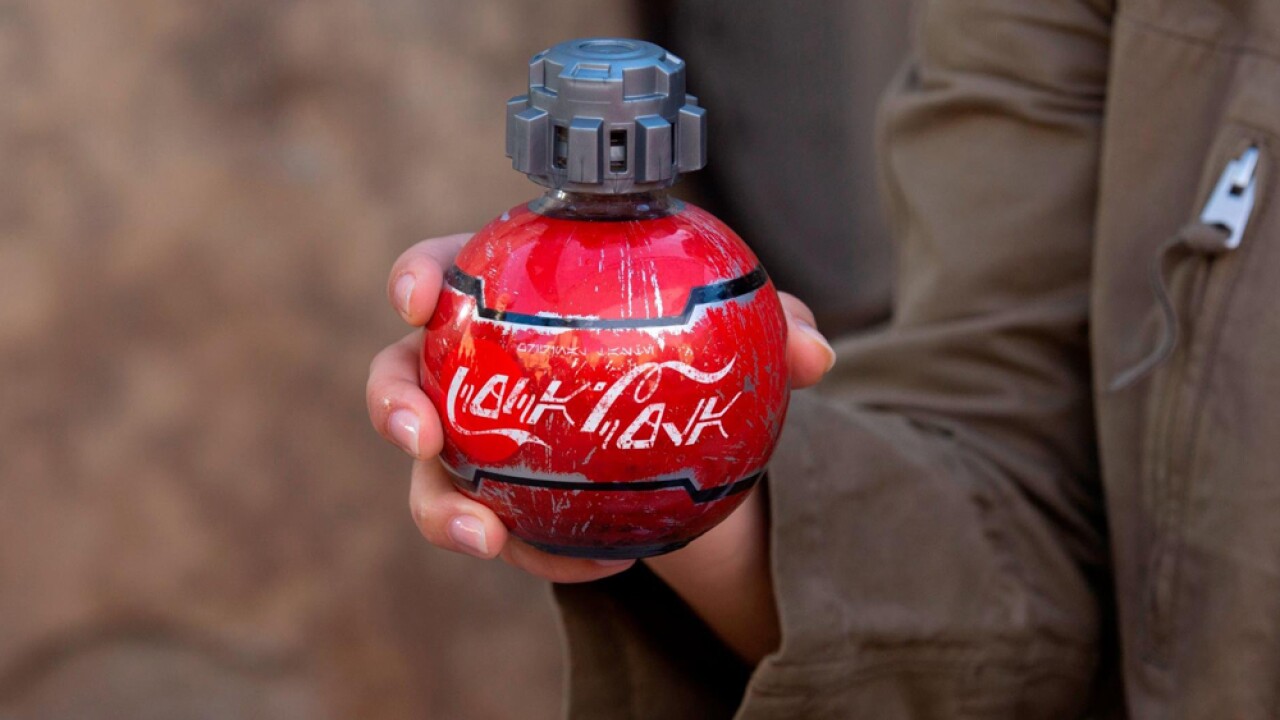 (CNN) -- To commemorate your visit to Star Wars: Galaxy's Edge, you can bring home a $200 lightsaber, a Chewbacca backpack, or a puppet Porg. But you'll have to leave your intergalactic soda far, far away.

In response to a question, the TSA indicated on Twitter that Star Wars-themed Coke bottles are banned from checked and carry-on luggage, saying, "Replica and inert explosives aren't allowed in either carry-on or checked bags."

The bottles, which are for sale exclusively inside Star Wars lands in Anaheim and Orlando, are shaped like small orbs that resemble either a droid or a thermal detonator , depending on your point of view.

According to one Disney executive, it looks more like the fictional explosive device featured in "Return of the Jedi." Scott Trowbridge, the lead Imagineer on the Galaxy's Edge project, said the design of the bottle looked "cool, kind of thermal detonator-ish" on a panel earlier this year.

Thanks for asking! Replica and inert explosives aren't allowed in either carry-on or checked bags.

At $5.49, the bottles are one of the cheapest souvenirs available at Galaxy's Edge -- and popular: Disney has limited guests to three bottles per transaction to prevent hoarding. But with the TSA's new policy, that may no longer be a problem. Disney PR declined to comment on the TSA decision; Cola-Cola and TSA could not be reached for comment.

The timing couldn't be worse for Disney.

In April, CNN Business broke the exclusive news that Coca-Cola and Disney were partnering to create the bottles, which are designed with logos of Coke, Diet Coke, Sprite and Dasani water in Aurebesh, the fictional Star Wars language.

At the time, Coke was betting on souvenir sales. Susan Propp, Coke's vice president of strategic partnership marketing, told CNN "I think guests will probably drink one to stay hydrated or enjoy it in the land and then probably throw one in their backpack and take it home."