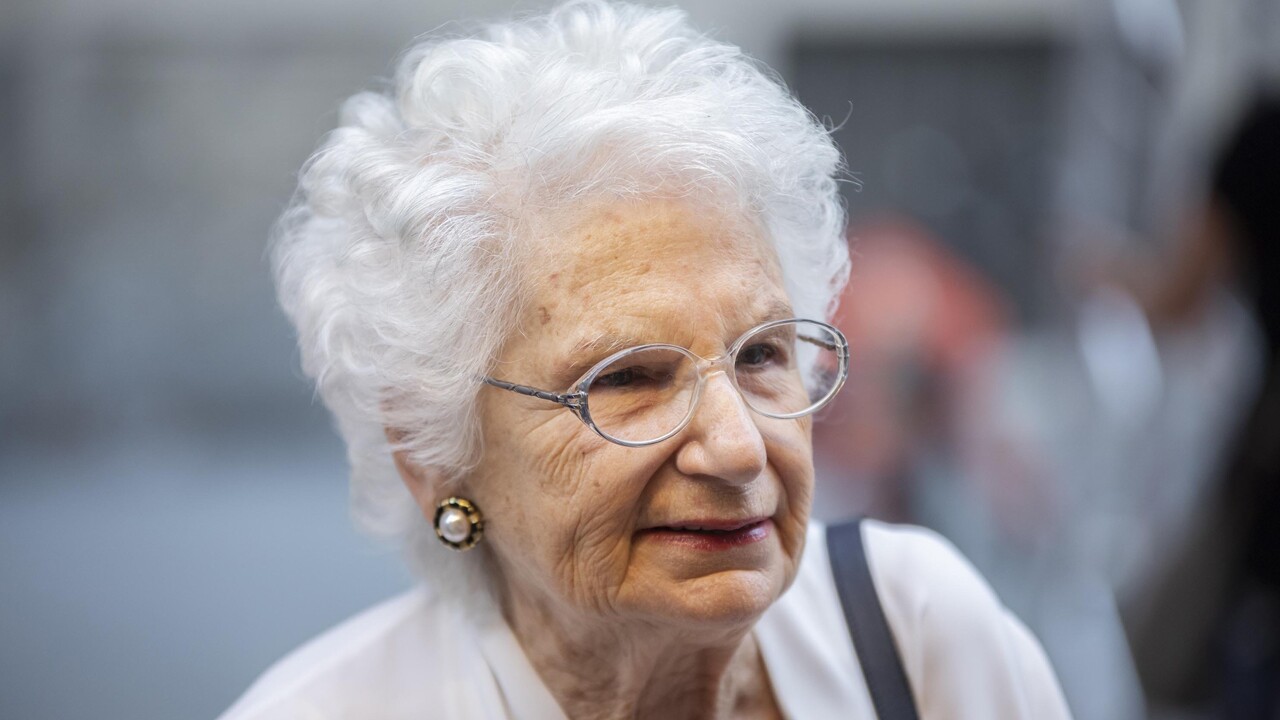 (CNN) -- An 89-year-old Auschwitz survivor is now under police protection after receiving online and offline anti-Semitic threats in Italy, according to local reports.

Liliana Segre, who was only 13 when she was deported to Auschwitz, is a senator-for-life who recently spearheaded the creation of a parliamentary committee against hate, racism and anti-Semitism, also known locally as the Segre commission.

"Every time prominent Jews are at the center of media attention in Italy, they get subjected to online anti-Semitic abuse," Stefano Gatti, from the center, told CNN.

"The anti-Semitic insults come from far-right circles that have a past, and sometimes present, of violence. It's part of their radical rightwing code, this pugnacious attitude."

He added that this flood of attacks has led to an increase in tensions -- online and offline.

The decision to assign Segre a security detail -- two Carabinieri police force officers -- came after far-right Forza Nuova party members put up a banner in Milan on Tuesday near where Segre was speaking for an event, according to ANSA news agency and Corriere della Sera media outlet.

The motion for the Segre commission was approved last week, with the abstention of right-wing opposition parties drawing condemnation and dismay among Jewish communities in Italy.

Berlusconi defended his party's decision, saying the commission would institute "a new crime of opinion," according to ANSA.

Salvini called it a "Soviet initiative" in a Facebook live clip. In a video, Meloni said left-wingers were trying to create a new "political censure."

But Ruth Dureghello, the president of Rome's Jewish Community, called the abstention of some parties "disconcerting."

"It's a decision that we consider wrong and dangerous," Dureghello told ANSA. "At the moment there is a need for unity. There should be no room for ambiguity."

"Since the beginning of the year to the end of September, we recorded about 190 anti-Semitic incidents, about 70% online," Gatti said.

They include vandalism, defamation, insults, and threats. For comparison, the total episodes for the whole of last year were 197 and 130 for 2017.

Gatti said the rise in anti-Semitic episodes is part of a general deterioration of the public discourse, with the brutalization of politics as its most evident phenomenon.

"Twenty years ago you couldn't hang around shouting 'Viva il Duce,' there was greater resistance towards extremist themes. The dam barriers have been lowered, so people feel they can freely pour hatred towards Segre online."

Segre is one of the 25 under-14 children who survived after being deported to Auschwitz.

She was later transferred to the Malchow camp, a sub-camp of the Ravensbrück camp, where she was liberated on May 1, 1945, according to Milan Shoah Memorial website.