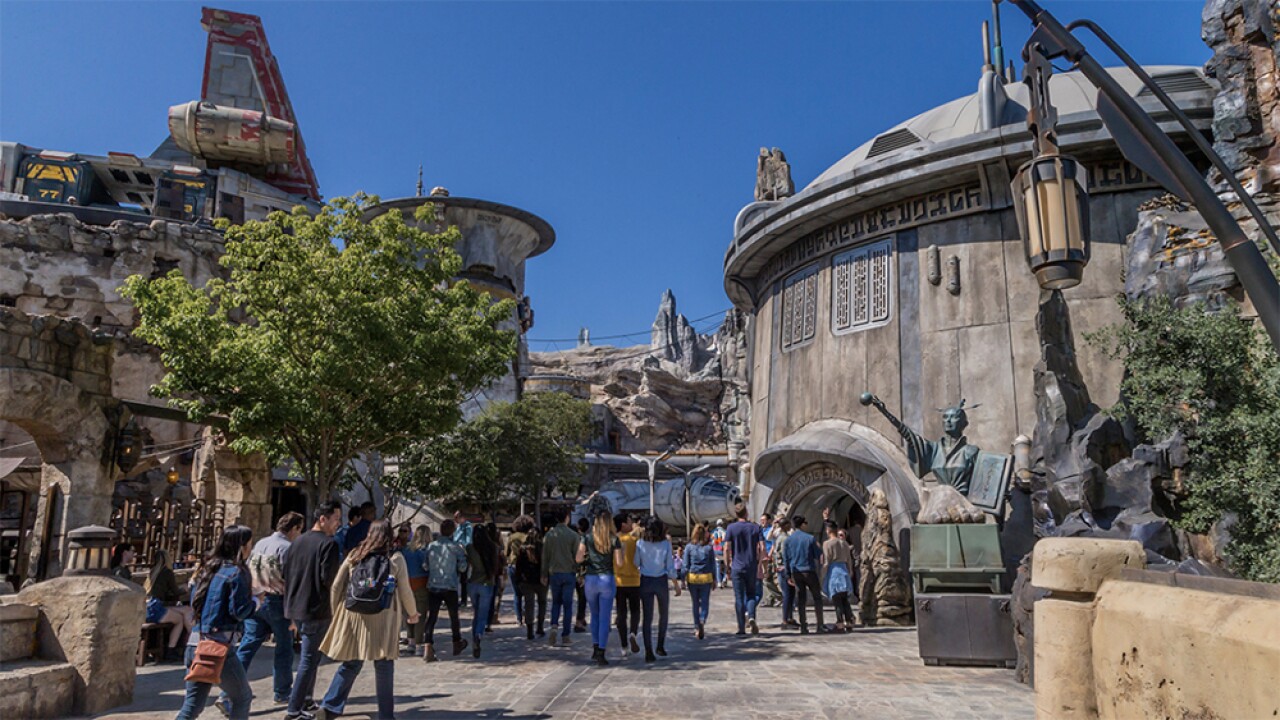 Star Wars: Galaxy's Edge officially opened Friday at Disneyland in California. This marks the largest themed land at any Disney park in the world.

Galaxy's Edge transports guests to the Black Spire Outpost on the planet of Batuu, where they can embark on a thrilling smuggling mission on Millennium Falcon: Smugglers Run.

A second attraction, Star Wars: Rise of the Resistance, will open later this year.

There are also a variety of dining and shopping experiences, including the opportunity to build your own lightsaber and droid.

From now through June 23, guests at Disneyland will need a reservation to visit Galaxy's Edge, and will be limited to four hours inside the land.

A special wristband will keep track of your time limit, and once it expires, employees dressed as Stormtroopers will usher you out, according to Disney.

Guests can enhance their experience even further with interactive adventures through the Play Disney Parks app.