Sheriff helps wandering Dusty the donkey off of highway

Dusty the donkey strolls along highway 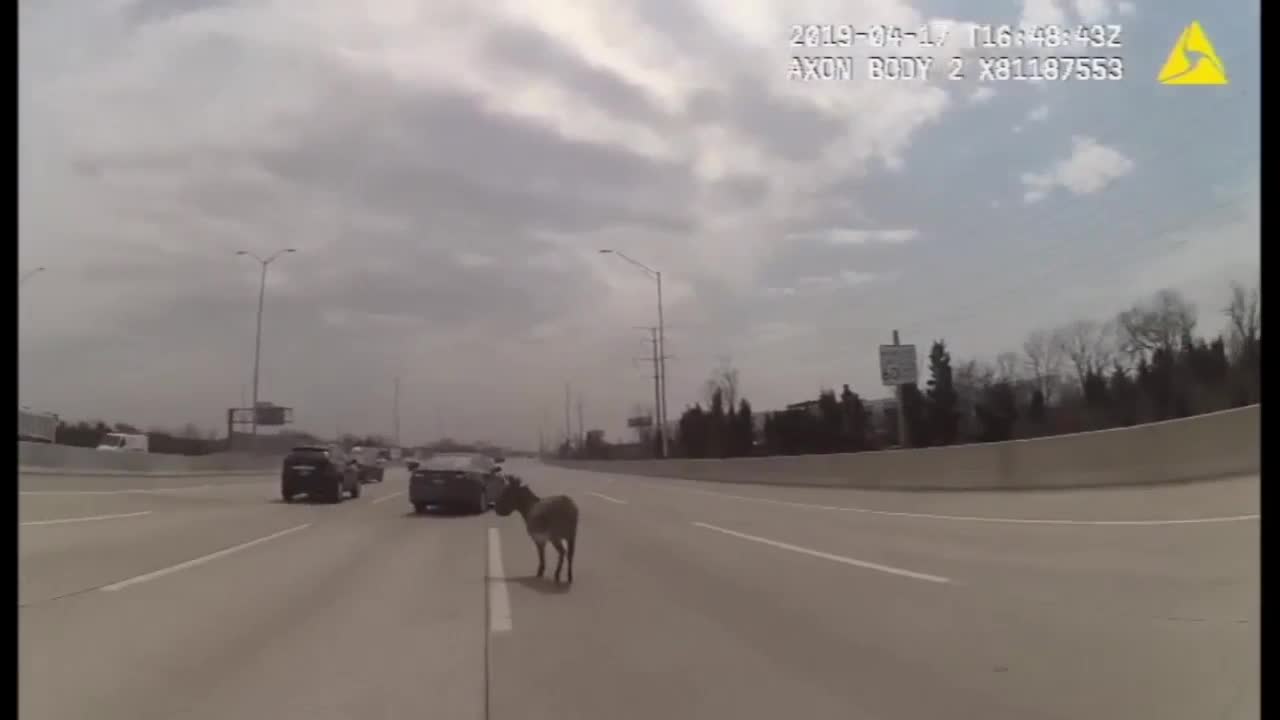 CHICAGO, Ill (CNN) - Chicago is known for its football team, the bears, but donkeys are another matter altogether.

However, on Wednesday a donkey was spotted on interstate-90 near Arlington heights road.

Within an hour the donkey's owners appeared on the scene and relocated their donkey, whose name is dusty.

They took dusty to a vet and said he was in good shape.