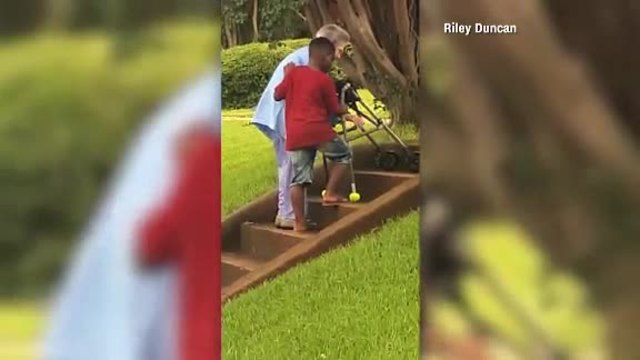 A young boy in Georgia helps an elderly woman who was struggling to make it up a set of stairs. 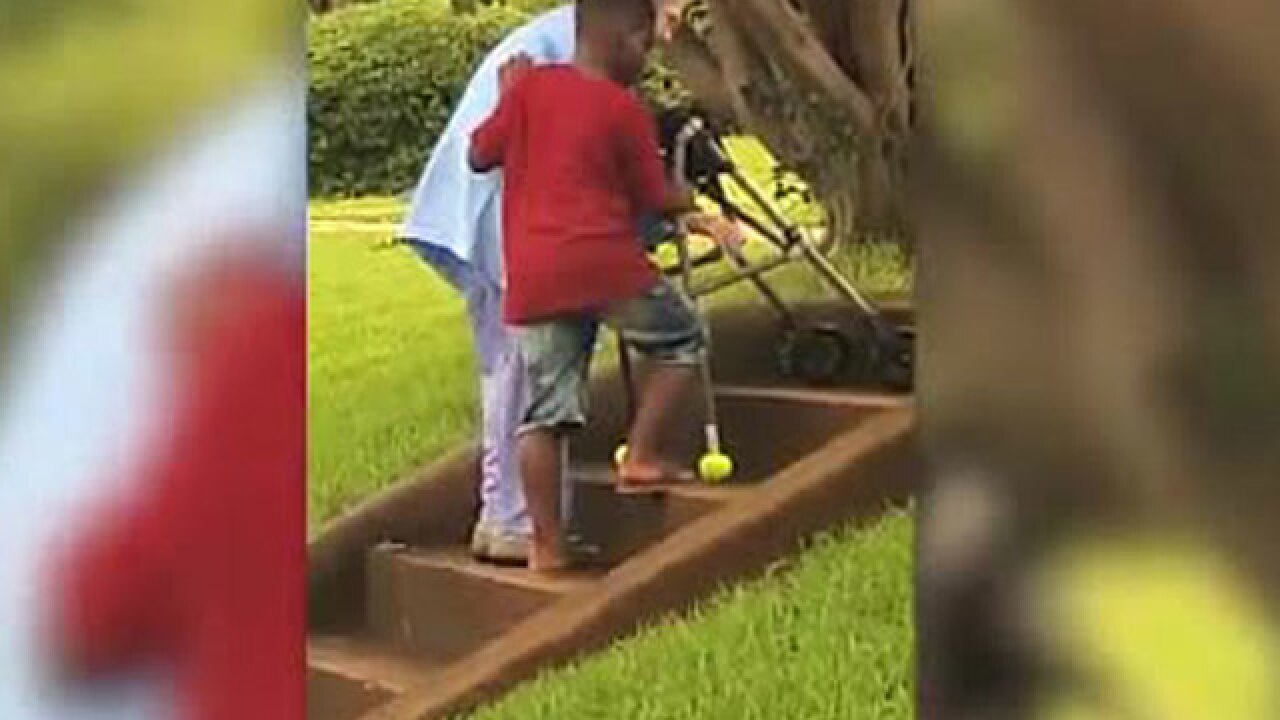 (CNN) - An act of kindness is going viral in Georgia.

Video shows a young boy giving a helping hand to an elderly woman, who is struggling to make it up a set of stairs.

It was reported the boy was in the car with his mother when they saw the woman crossing the road alone.

The little boy then asked his mom if he could go help her up the steps she was about to climb.

She said yes and Maurice sprang into action.

Video shows the 8-year-old kindly help the woman, a complete stranger, step by step until they reached the top.

They woman then gives him a sweet hug, they exchange a few words and then both depart.

Maurice's mom said she didn't know anyone was filming the touching moment, but she is proud of her son.