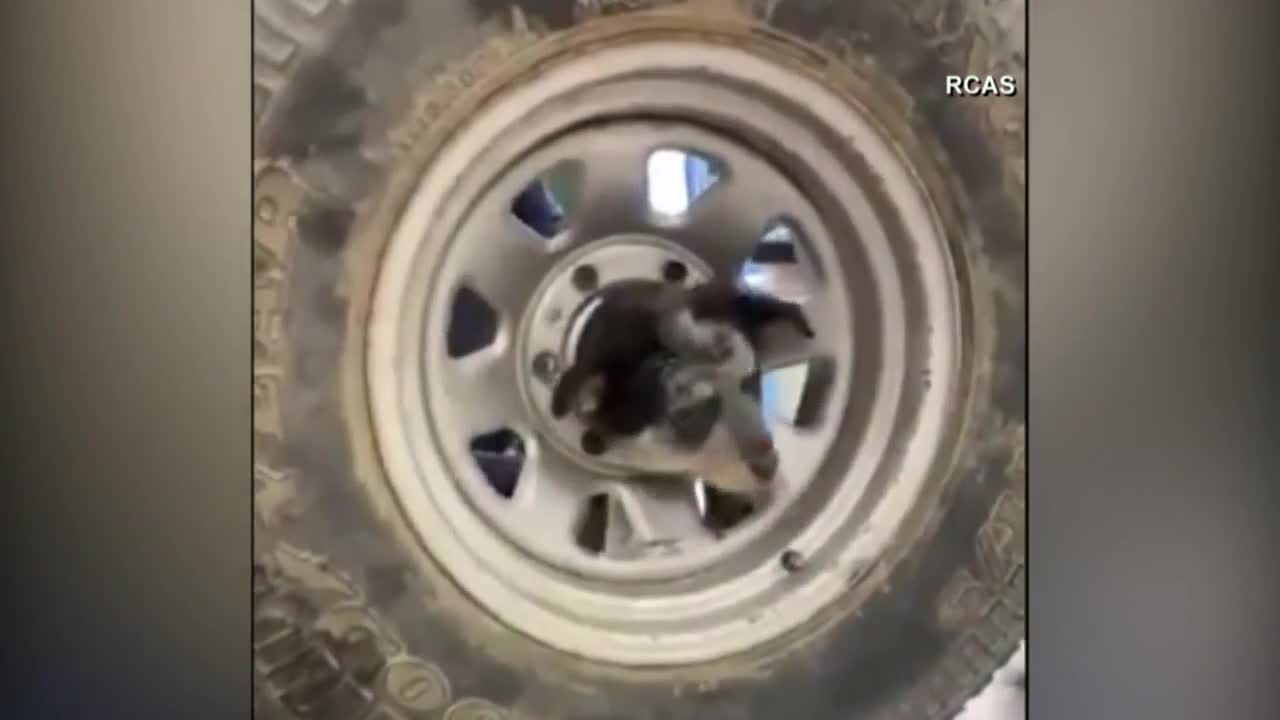 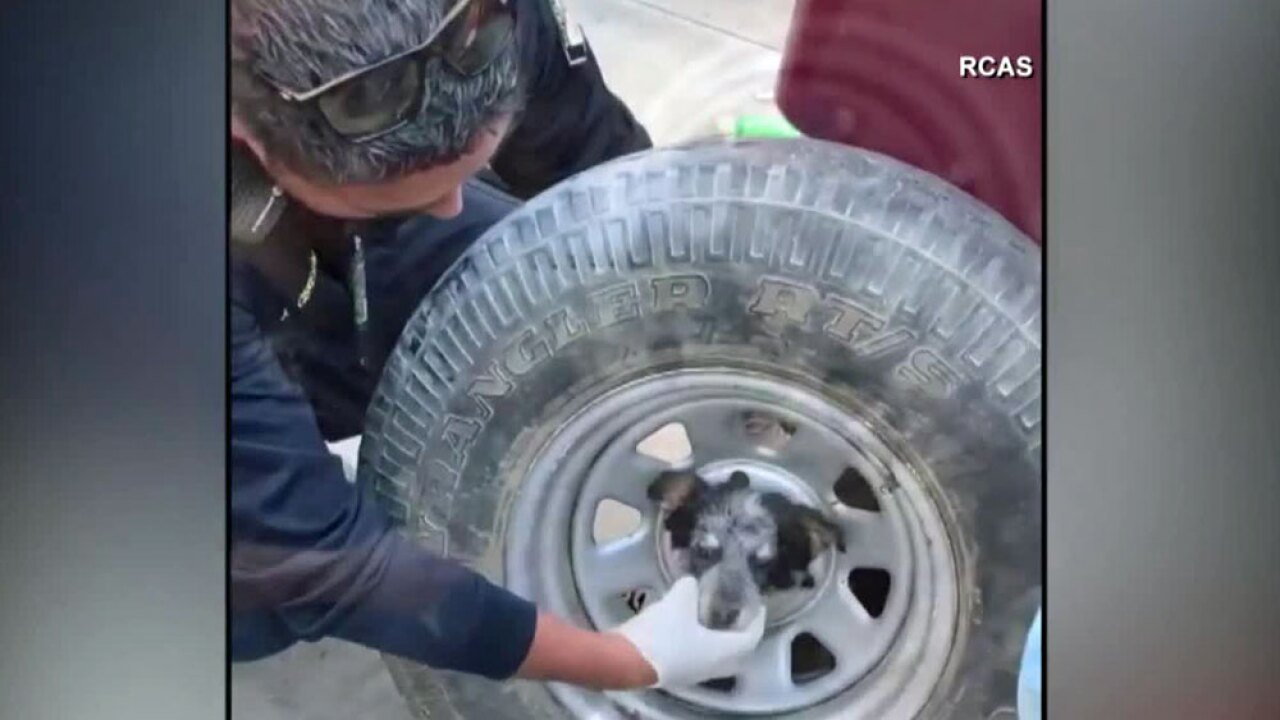 COACHELLA, Calif.-- Officers in California rescued a puppy that got stuck in a spare tire.

Riverside County Animal Services responded to a call for the poor little puppy after its head became stuck.

At first officers thought if they lubricated its head the pup would slide right out of the tire. But it appeared the puppy's neck may have swollen.

So veterinary officials sedated the puppy and called in Riverside County Fire.

Two firefighters used a tool to cut a piece of the tire away to make enough space for an easier rescue.

The pup ate some food as soon as it was rescued, so all appeared to be OK. It remained under observation for the night, and will be returned to its owners.