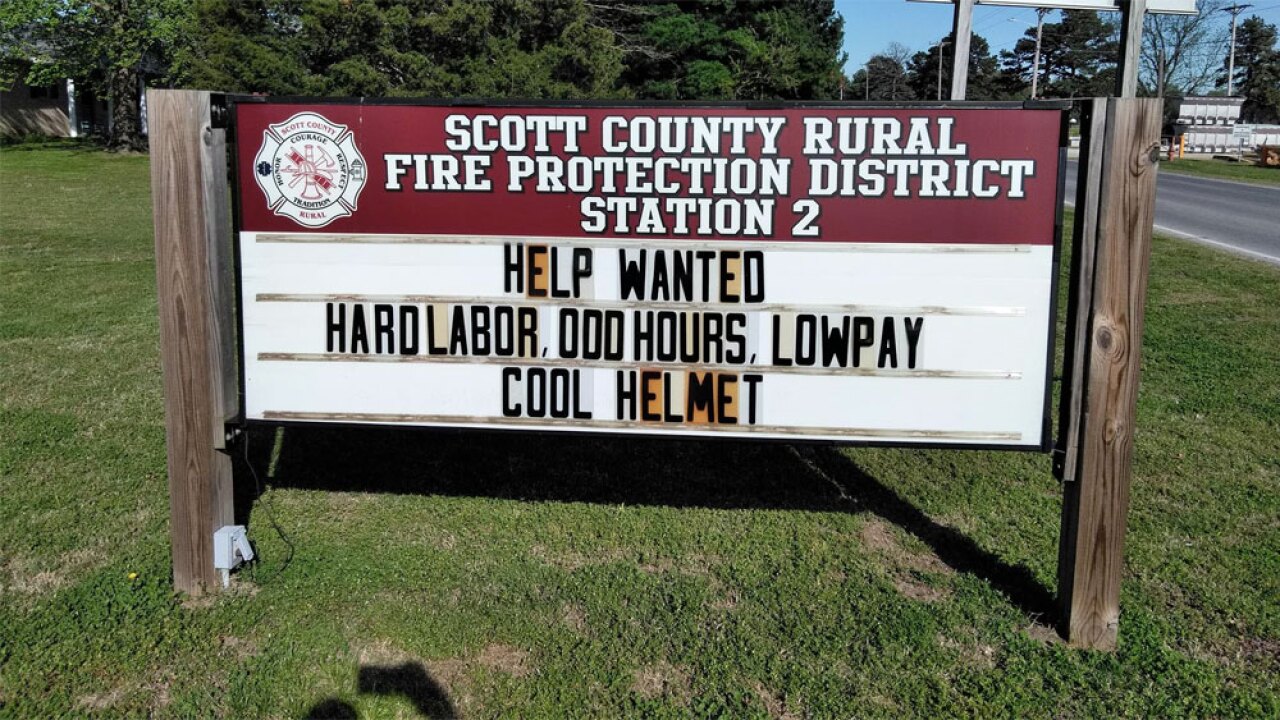 The Scott County Rural Fire Protection District is using its head to try to get recruits — or at least what firefighters put on their heads. The district has begun posting signs saying the job offers, "Hard Labor, Odd Hours, Low Pay (and) Cool Helmet."

KFVS-TV quotes chief Jeremy Perrien as saying he "wanted to add some humor" to the traditional help-wanted ad.

It's unclear how many recruits have been drawn by the helmet-themed want-ad. But Perrien says he has succeeded in getting people's attention.