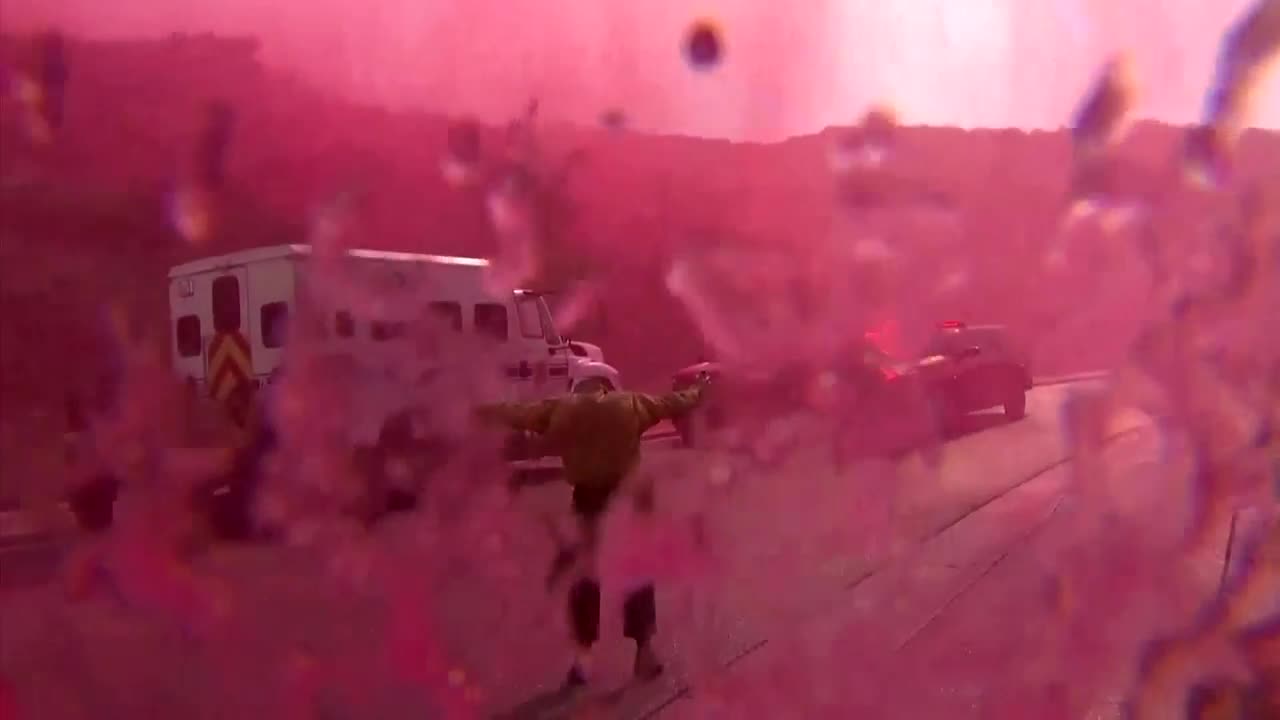 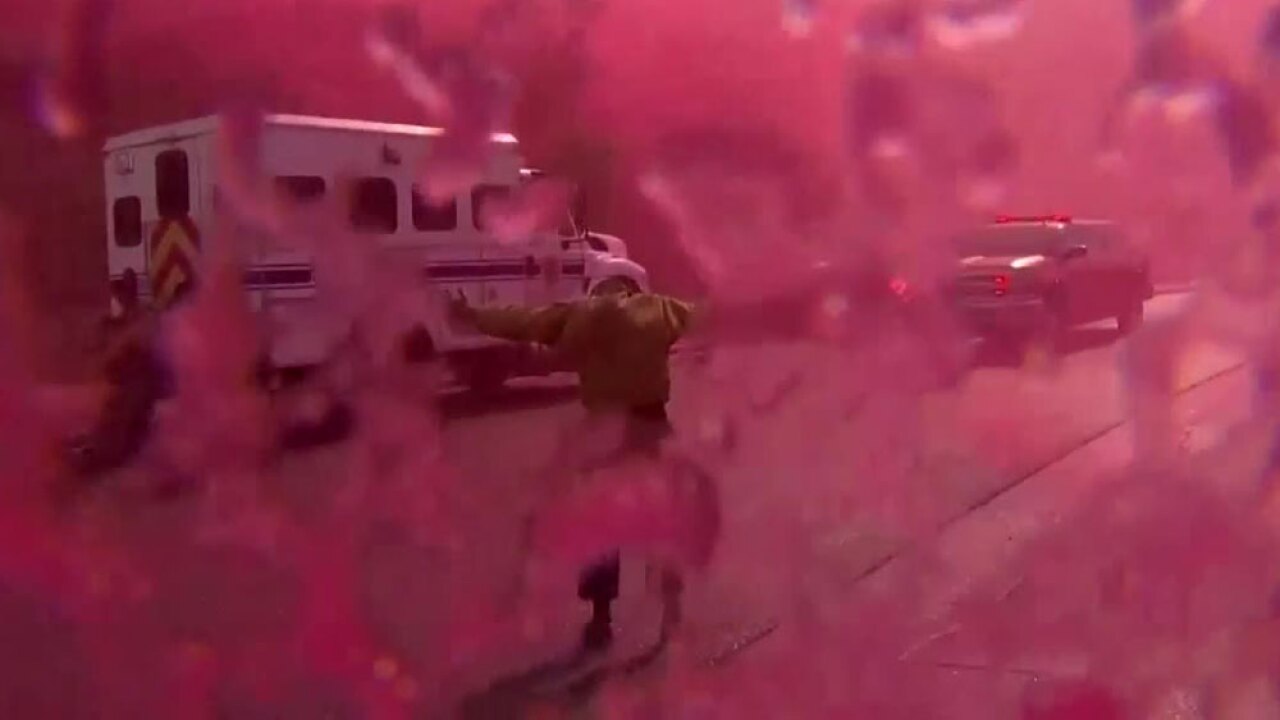 RIVERSIDE COUNTY, Calif.-- A reporter and his cameraman covering the wildfires in California found out what can happen when on the front lines of firefighting.

Steven Luke with NBC 7 was reporting on the latest evacuations live on air when a plane dropping fire retardant flew right overhead.

The two -- along with firefighters on the ground -- were doused with the pink liquid.

Luke said on the air, "This is what happens when you're on the front lines." He also noted that the homes were now safe from flames.

The fire has now burned at least 2,000 acres. It's believed the blaze was possibly started by a lightning strike.

Hundreds of people have been forced to evacuate.