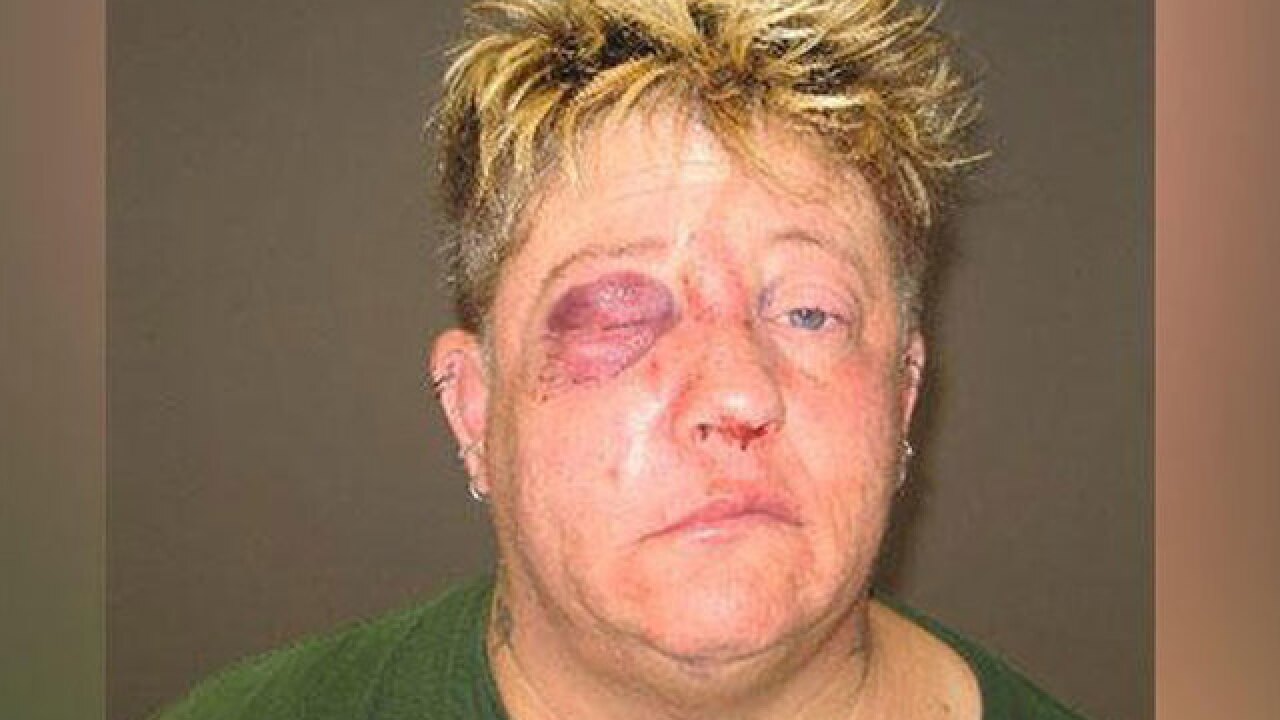 MOORHEAD, Nd. (WDAY) -- A 47-year-old woman was arrested over the weekend at a restaurant in North Dakota after she allegedly spit on two police officers and suffered an injury to her eye as one of them restrained her, authorities said.

On Sunday night, Sept. 9, Moorhead police were sent to a Buffalo Wild Wings for a report of a woman armed with a handgun and making suicidal comments.

Witnesses told police the woman, later identified as Thomas, arrived at the restaurant about 7 p.m. and started speaking with people at the bar, making comments that she was going to kill herself, court documents stated.

She grew increasingly emotional and said she was going to pay for everyone’s tabs. She told employees and others to leave the restaurant by 8 p.m. for their own safety, court documents stated.

Thomas pulled out a gun and told people to stay where they were before putting the gun back in her waistband, court documents said.

Once officers arrived, they took her into custody and disarmed her. Police determined her gun was a loaded BB gun and not a real handgun, court documents said.

As officers tried to place a seatbelt around Thomas in a squad car, she spit in an officer’s face, court documents said. The officer then used pepper spray on Thomas to gain control of the situation, court documents stated.

Thomas was taken to a mental health facility where she again became agitated and spit in another officer’s face, said Moorhead Police Deputy Chief Tory Jacobson.

As the officer restrained Thomas, her head hit the side of a bed resulting in the injury to her eye, Jacobson said.

Thomas appeared in Clay County District Court on Tuesday, Sept. 11, and her bail was set at $7,500 with conditions and $15,000 without conditions. Court records did not list an attorney for her. As of Tuesday, she was being held at the Clay County Jail.