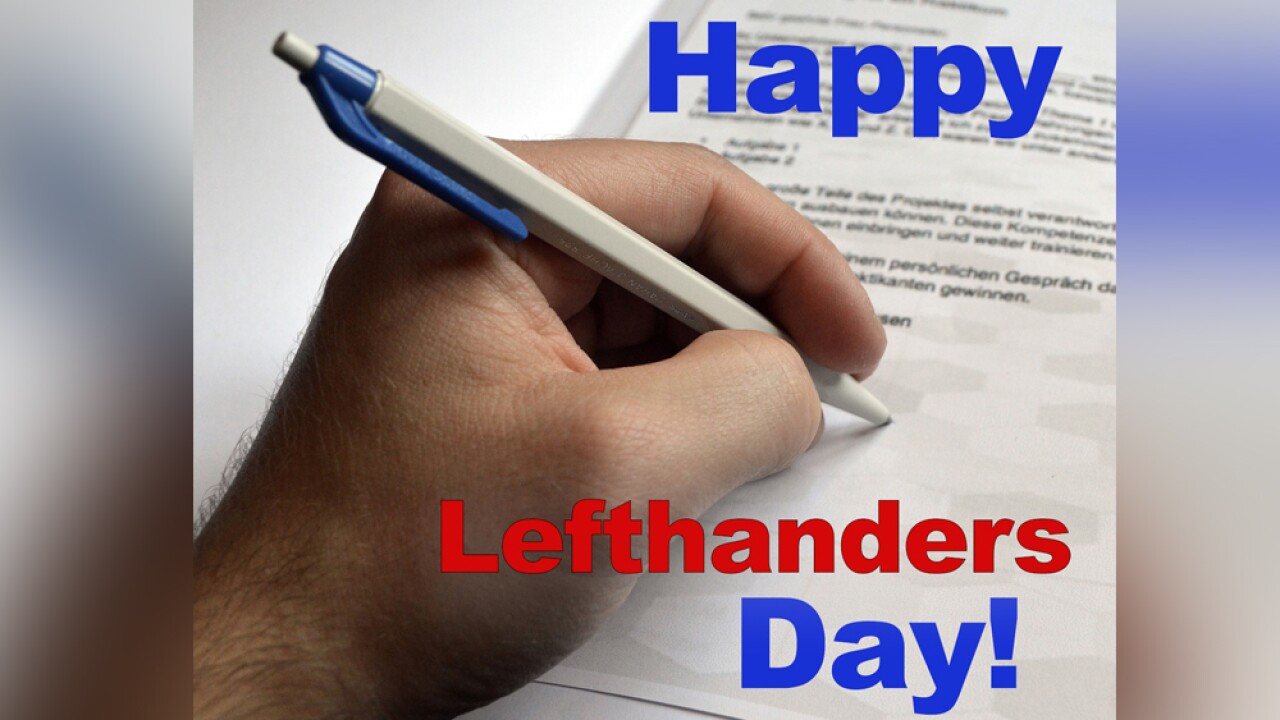 If you are right-handed, try writing with your left hand for a few hours on Tuesday.

But if you are left-handed, just kick back and relax because today is all about you.

International Lefthanders Day is observed every year on Aug. 13.

According to NationalDayCalendar.com , the day was established in 1992 in the United Kingdom.

It pays tribute to all those hard-working left-handed people out there who have to put up with the bias of a mostly right-handed world.