Injured goose gets prosthetic bill thanks to 3D printing 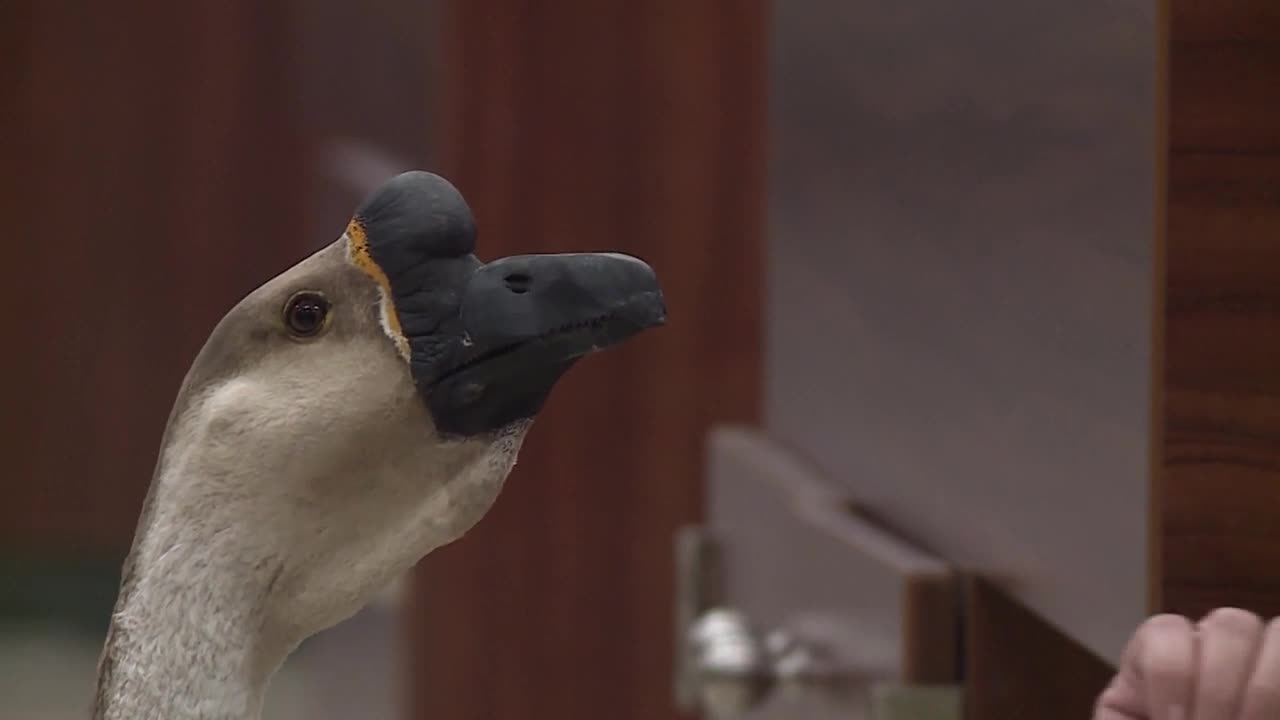 A family's pet goose is whole again after losing in a scuffle with a raccoon.

A family's pet goose is whole again after losing in a scuffle with a raccoon.

Vicky Taylor's pet goose, Bruce Bruce, lived on her family's farm for about 12 years, and recently, she discovered a pretty alarming injury.

"He had an unfortunate incident with a raccoon," she says.

"When he first came in he was, I don't want to say depressed, but he definitely wasn't himself," Curtis said.

"As soon as I looked at him, I was like 'oh my goodness, this guy wants to be here, he wants to live. We've got to figure out a way to help him.'"

She turned to the 4-H Cache Makers, where among many other things, they have 3D printing.

Volunteers spent hours, studying bills, and designing a new one. An early prototype wasn't quite right.

"So we did a lot of trial and error, fixing the bill and then remodeling it, and then fixing it again," said Carmen Ramirez, a volunteer with 4-H Cache Makers.

He'll remain with the rescue as a therapy animal, helping humans who get prosthetics.

It's a future, that Vicky Taylor says she never quite imagined, for her goose that lost his honker.

Bruce's bill is attached with the help of a dental adhesive type product.

It looks sharp and allows him to eat fairly normally again.