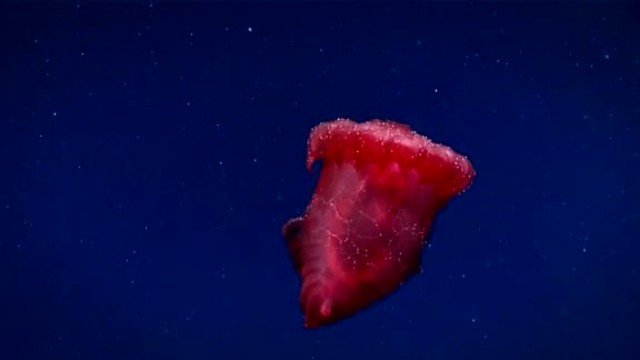 Australian researchers have developed new technology enabling them for the first time to film a deep-sea swimming sea cucumber, also known as a "headless chicken monster," in Southern Ocean waters off East Antarctica. 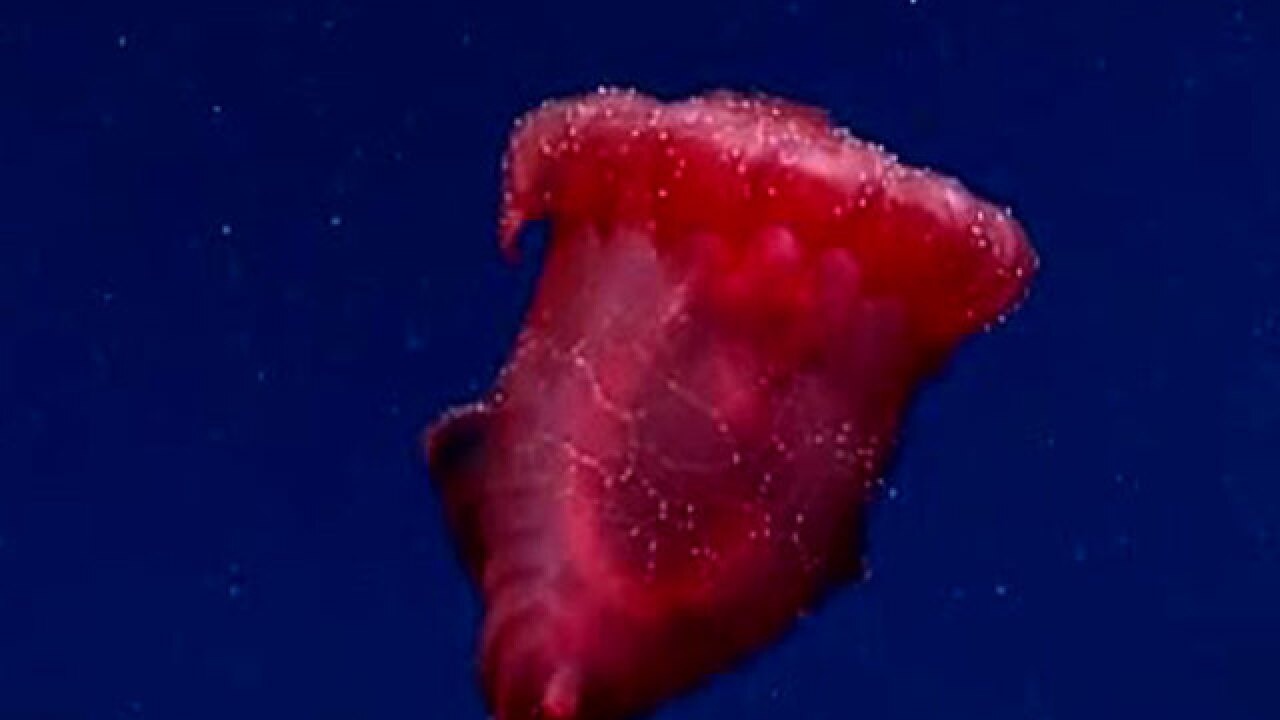 The sea cucumber, which has only ever been filmed before in the Gulf of Mexico, was discovered using an underwater camera system developed for commercial long-line fishing by the Australian Antarctic Division (AAD).

It is hoped that the pioneering Australian camera technology that captured the rare footage of the organism, Enypniastes eximia, may help the long-running push for the creation of a new Antarctic conservation zone.

The technology is based on a housing which protects the camera and electronics and is "designed to attach to toothfish longlines in the Southern Ocean, so it needs to be extremely durable," said AAD leader Dirk Welsford, referring to a type of line used for deep sea fishing.

"We needed something that could be thrown from the side of a boat, and would continue operating reliably under extreme pressure in the pitch black for long periods of time."

Data from the cameras are sent to the international body managing the Southern Ocean, the Commission for the Conservation of Antarctic Marine Living Resources (CCAMLR).

"Some of the footage we are getting back from the cameras is breathtaking, including species we have never seen in this part of the world," Welsford was quoted as saying in a statement issued by CCAMLR.

"Most importantly, the cameras are providing important information about areas of seafloor that can withstand this type of fishing, and sensitive areas that should be avoided," he added.

The data collected from the cameras are being presented at the annual CCAMLR meeting starting in Hobart on Monday, where a new maritime protection area will be proposed.

"We will also support two other new Marine Protected Areas (MPAs) being proposed this year which will contribute to CCAMLR's commitment of a representative system of MPAs in the Southern Ocean," she added.

The huge area off the coast of East Antarctica, which is rich in cold-water corals and home to penguin foraging grounds, has long been the focus of a bid to create a protection area.

The proposal to protect three large blocks of ocean and sea floor along East Antarctica has previously been endorsed by the commission's scientific committee three times. But opposition from China and Russia has blocked the proposal each year, according to a report in Nature.

The report added that both countries have fishing interests in the region, and under CCAMLR rules, all 25 commission members -- 24 countries and the European Union -- must agree for a proposal to be adopted.

However, conservation groups are confident the zone will be agreed at this year's meeting.

"Many changes have been made to the original proposal to address concerns by countries. Almost all CCAMLR Members have agreed it is ready to be adopted," said Claire Christian, executive director of the Antarctic and Southern Ocean Coalition. "We are therefore optimistic that any remaining concerns can be addressed".

She said that China and Russia's previous objections were about the language and regulations of the proposal rather than its conservation justifications and science.

"Marine protected areas are one of the best tools we have to protect whole ecosystems in a comprehensive way," Christian added. "Protecting the Southern Ocean means we protect the world's last great wilderness and help its magnificent species thrive."

The area's species are highly prized and so need careful conservation, said Slocum.

"The Southern Ocean is home to an incredible abundance and variety of marine life, including commercially sought-after species, the harvesting of which must be carefully managed for future generations," she added.