Government may gain new power to track, shoot down drones 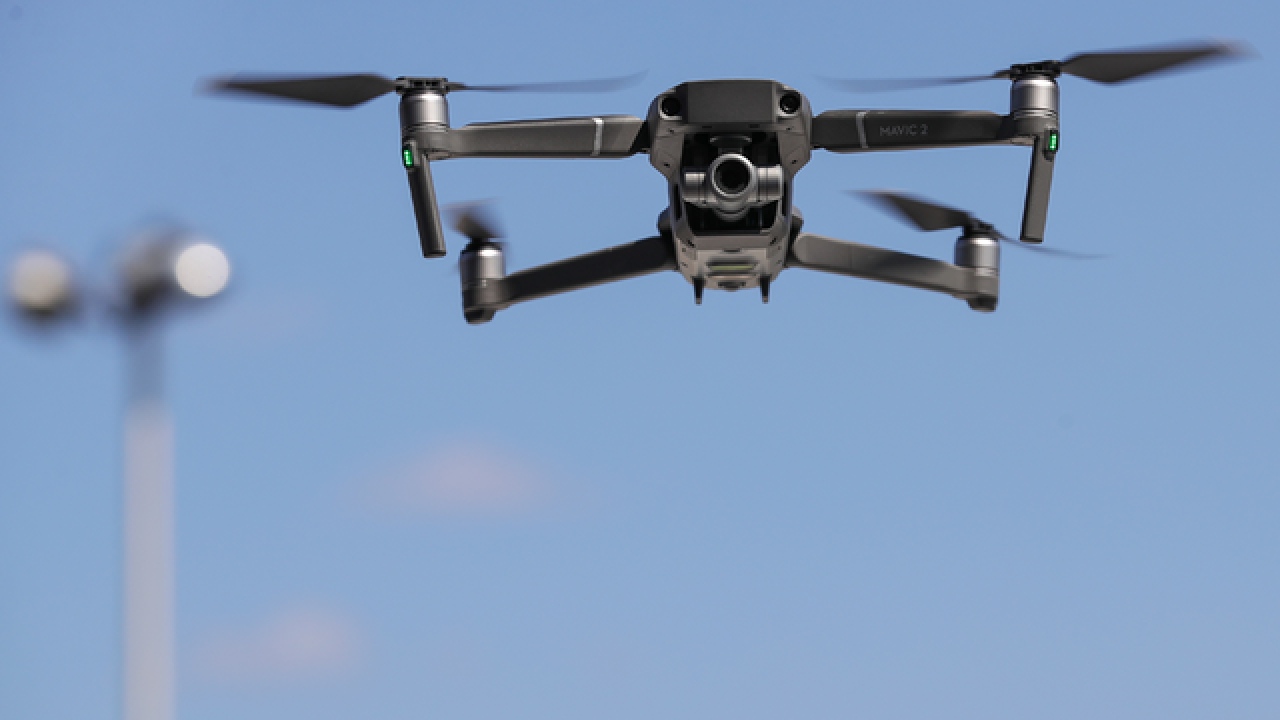 (AP)-- An aviation bill Congress is rushing to approve contains a little-noticed section that would give authorities the power to track, intercept and destroy drones they consider a security threat, without needing a judge's approval.

Supporters say law enforcement needs this power to protect Americans from terrorists who are learning how to use drones as deadly weapons.

They point to the Islamic State terrorist group's use of bomb-carrying drones on battlefields in Iraq, and warn that terrorists could go after civilian targets in the United States.

Privacy advocates counter that the provision would give the government unchecked power to decide when drones are a threat. They say the government could use its newfound power to restrict drone-camera news coverage of protests or controversial government facilities, such as the new detention centers for young migrants.

The provision is tucked in a huge bill that provides $1.7 billion in disaster relief and authorizes programs of the Federal Aviation Administration, which regulates drones. The House approved the measure Wednesday by a 398-23 vote, and the Senate is expected pass it on to President Donald Trump's desk in the coming days. The White House signaled support of the drone provision in July.

Sen. Ron Johnson, a Wisconsin Republican, introduced the Preventing Emerging Threats Act this year. It would give the Homeland Security Department and the Justice Department power to develop and deploy a system to spot, track and shoot down drones, as unmanned aircraft are called. Officers would have the authority to hack a drone operator's signal and take control of the device.

The bill was never considered on its own by the full Senate or the House. Instead, in private negotiations that ended last weekend, it was tucked into a "must-pass" piece of FAA legislation.

Homeland Security Secretary Kirstjen Nielsen wrote in a recent op-ed that the threat of drone attacks "is outpacing our ability to respond." She said criminals use drones to smuggle drugs across the border, but worse, terrorists like the Islamic State are deploying them on the battlefield.

"We need to acknowledge that our first and last chance to stop a malicious drone might be during its final approach to a target," she wrote.

Attorney General Jeff Sessions said in a statement this week that the measure "would finally give federal law enforcement the authority we need to counter the use of drones by drug traffickers, terrorists and criminals."

Opponents including the American Civil Liberties Union argue that the proposal gives the government unchecked power to track and seize drones without regard for the privacy and free-speech rights of legitimate drone operators. It exempts the government agencies from certain laws, including limits on wiretapping.

The bill provides no oversight or means to question a government decision about what is a "credible threat" and what is an "asset" or "facility" in need of protection when drones are nearby.

News organizations are increasingly using drones. They deploy them to cover natural disasters like the recent flooding from Hurricane Florence and also controversies such as the Trump administration's construction of new camps for migrant children who were separated from their parents at the U.S.-Mexico border.

Without a specific means to protect First Amendment rights — something not in the bill — "it's entirely feasible to think that the DOJ or DHS could just decide that a drone owned by a news organization provides a credible threat and then destroys the footage," she said.

The National Press Photographers Association has joined in opposing the provision.