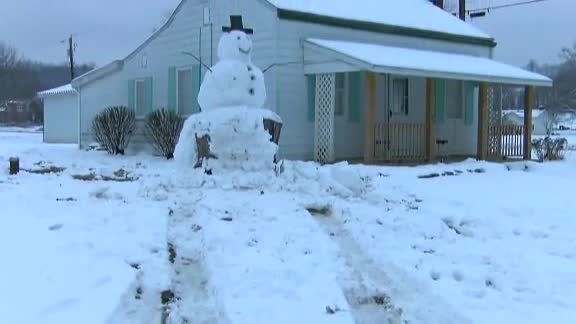 A 9-foot tall snowman in Kentucky dealt vandals a dose of karma on Monday. 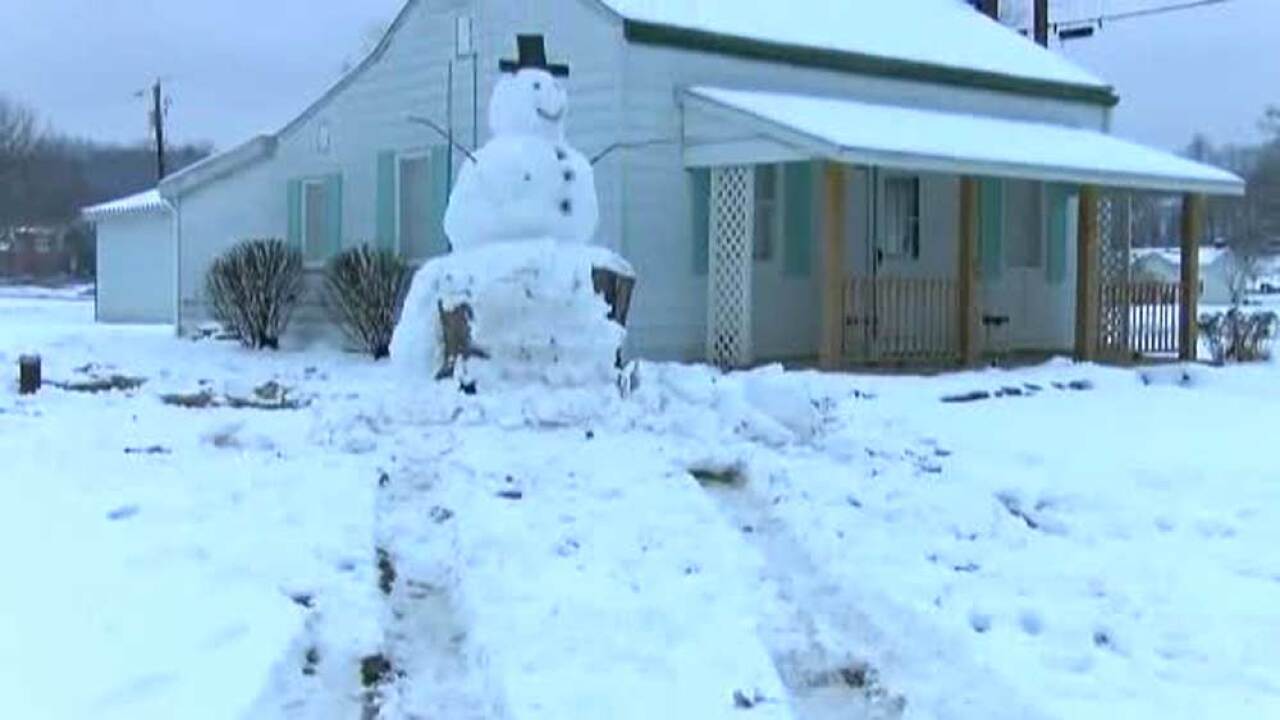 Cody Lutz, his fiancé Lucy, and his soon-to-be sister-in-law were enjoying the winter weather this past weekend and decided to make an over-sized snowman in the front yard.

“We were playing in the snow, she’s from Mississippi so this is the most snow she’s ever seen in her entire life. I’m from Buffalo so this is no big deal,” Lutz said. “I love the snow!”

In order to build a more structurally sound snowman, Lutz decided to use a large tree stump in their yard as the base for their top hat-topped creation. The trio covered the exposed bark with snow.

After returning from work on Monday, Lutz found tire tracks through his yard and leading into the base of the snowman.

Lutz believes someone tried to spoil their winter fun by running over the towering snow sculpture but got a rude awakening when they hit the stump.

“Instant Karma!” Lutz exclaimed. “It’s hilarious! You know, what goes around comes around, in good ways and bad ways. So, I guess everyone learns a valuable lesson here from Frosty.”

Courtesy of WXIX via CNN Newsource