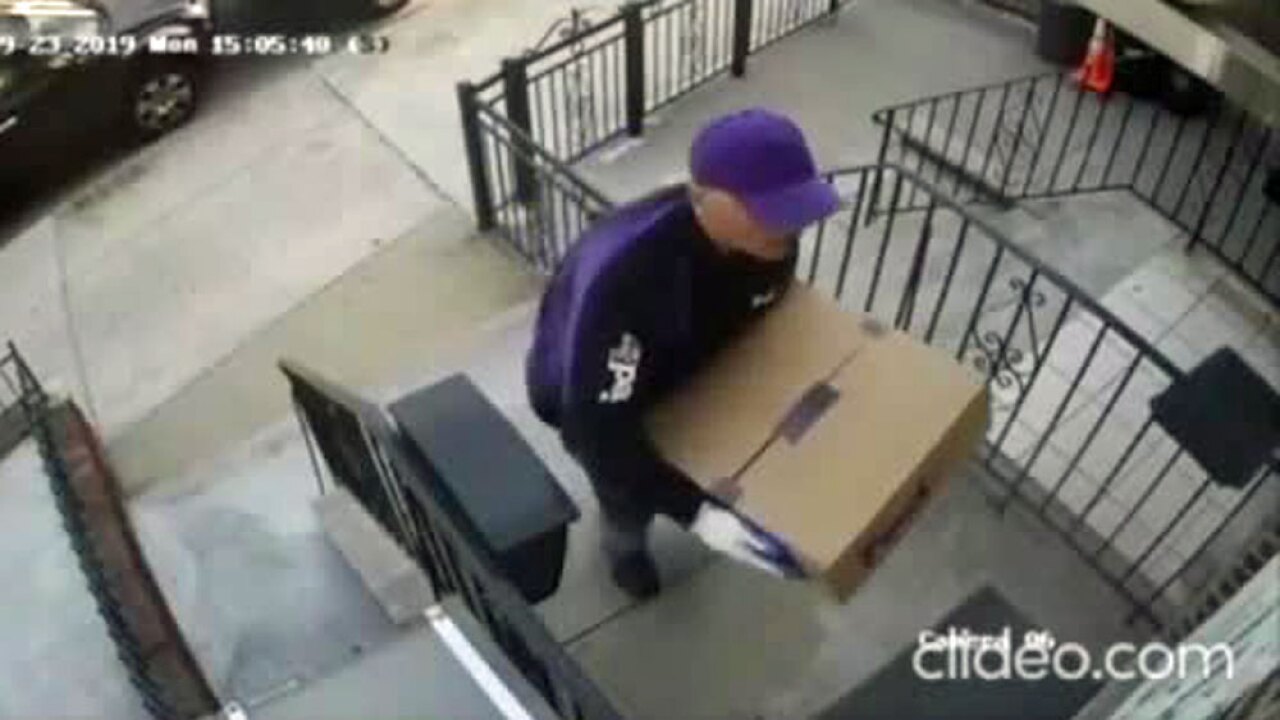 BAY RIDGE, Brooklyn (WPIX) -- Shocking security footage captured the moment a Brooklyn family was tied up and robbed of nearly $130,000 in cash and jewelry after a man pretending to be a FedEx delivery man showed up at their door with a fake package, police said.

Around 3 p.m. on Monday, the unidentified man dressed as a FedEx worker knocked on the door of a Bay Ridge home near Sixth Avenue and Bay Ridge Avenue, according to the NYPD.

Once the fake delivery man gained access to the home, security footage from the incident posted on Reddit shows a second man walk up the front steps and enter the home right behind him.

The NYPD said the man dressed as the FedEx worker showed the victims a badge around his neck, telling them he was with the police, while the second man headed upstairs to the second floor of the family's home.

While upstairs the man ransacked the victims' bedroom and found a safe in their closet, police said.

Meanwhile, the man impersonating a cop and FedEx worker proceeded to tie up the family using tape, according to authorities. He can be seen aggressively putting tape over the victims' mouths in the security footage.

Police said the two men left the home through a back door with the family's safe and then fled in a blue 2008 Jeep Grand Cherokee with a New York license plate reading "HTP 3906."