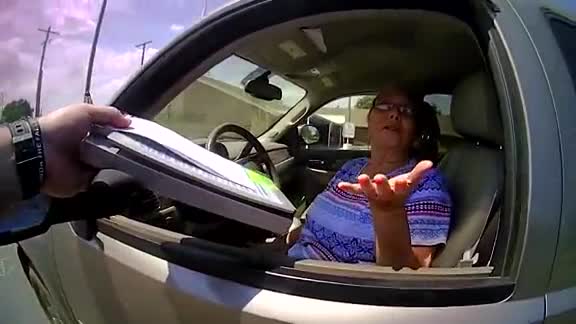 A 65-year-old Oklahoma woman has been charged after body camera video shows her combative confrontation with a police officer when she refused to sign an $80 ticket. 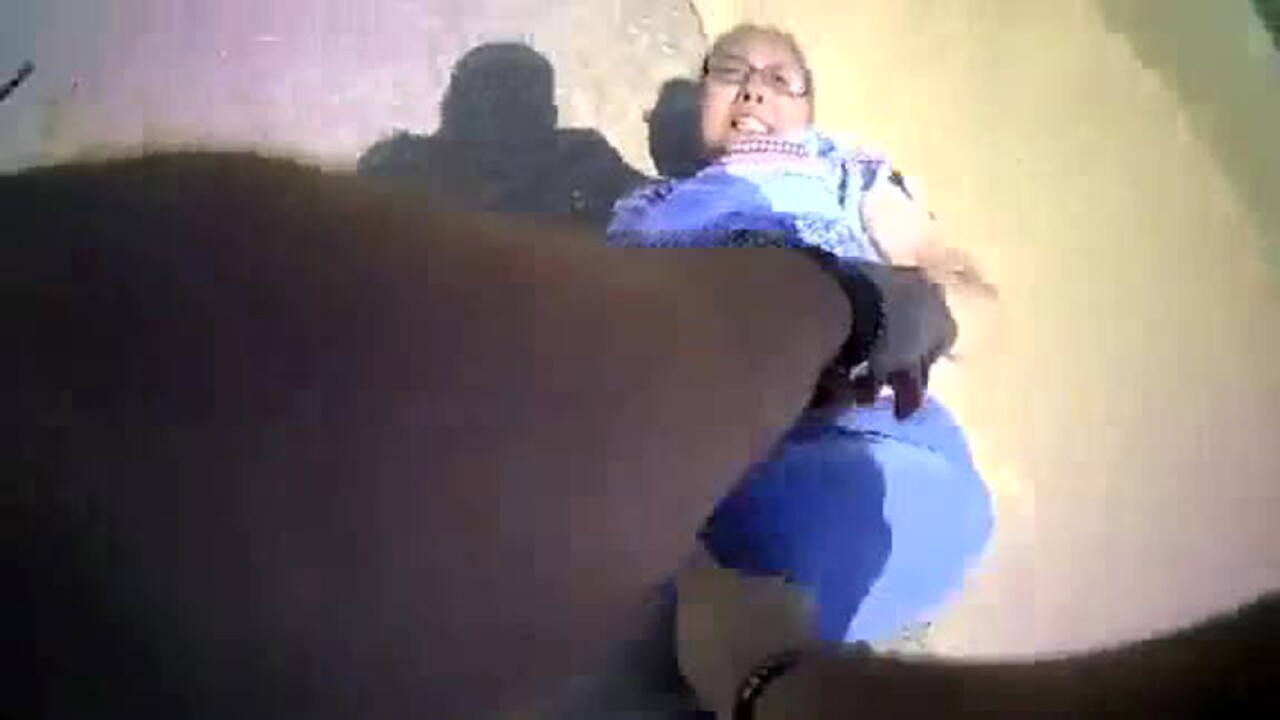 CASHION, Okla. (KOCO/CNN) - A 65-year-old Oklahoma woman has been charged after body camera video shows her combative confrontation with a police officer when she refused to sign an $80 ticket.

Video shows Hamil was not willing to pay up when a police officer issued the ticket for a broken tail light.

When the officer asked her to step out of her vehicle, she refused, told him he was "full of sh**," driving off and leading the officer on a brief pursuit.

Hamil eventually pulled over in a parking lot, and the officer approached her vehicle with his gun pulled. The officer then pulled Hamil out of her truck, and she was caught on camera kicking him in the groin and resisting arrest.

The officer deployed his stun gun after she refused to put her hands behind her back, finally placing her under arrest.

"Do you realize you just got yourself in a whole lot more trouble?" the officer says.

"Yeah, I tried to kick you because I'm a country girl," said Hamil.

Hamil refused medical attention, but officials said they brought her to the hospital for an assessment.

The Kingfisher County District Attorney's office has accepted charges against Hamil for one felony assault on a police officer and one misdemeanor for resisting arrest.

Watch the full video of the encounter below: