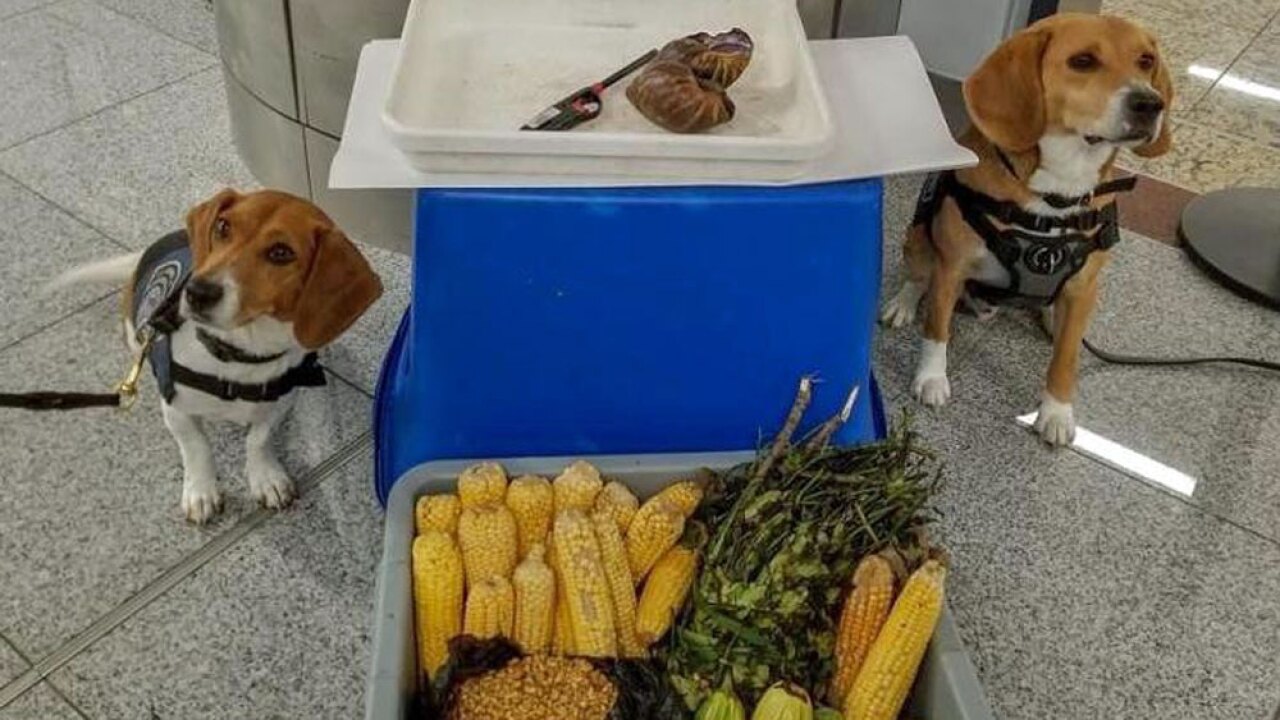 ATLANTA (AP) — Have any idea what snails smell like? If you’re like most people you don’t _ but two beagles who work for the U.S. Customs patrol do. And they are being credited with sniffing out two Giant African Snails in luggage from a passenger traveling from Nigeria to Atlanta.

The Atlanta Journal-Constitution reports Candie and Chipper honed-in on some checked baggage this past Friday--and when Customs officials searched a suitcase, they found giant snails, along with prohibited fruits and vegetables.

Giant African Snails are illegally imported for classroom exhibits, as pets, or for food.

They’re also considered one of the most damaging snails in the world because they eat hundreds of types of plants, reproduce quickly _ and can cause meningitis.